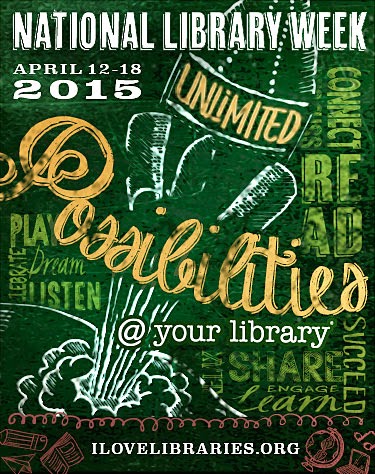 During the week, the Exeter-Milligan TYKE students and their teacher, Kristi Most, have planned a visit to the library. The kids will have a story read to them by librarian Jessica Votipka, and get a tour of the library. As part of the field trip, the children will have the opportunity to explore the “Unlimited Possibilities” at the Exeter Public Library, such as puppets, movies, books and puzzles.

The recognition of National Library Week also includes participating in the nationwide campaign “The Declaration for the Right to Libraries”. This document symbolizes the importance of libraries to communities, families, individuals and institutions. Stop by the library to sign the declaration – the Exeter Public Library’s goal is to get 100 signatures.
Also part of the Exeter Public Library’s “Unlimited Possibilities” is the purchase of new “plugged-in” furniture, thanks to the Kreutz Bennett Donor-Advised Fund. The library was awarded a grant last year to create a central location for the library’s technology resources. The Kreutz Bennett Donor-Advised Fund, an affiliated fund of the Nebraska Community Foundation, provides support to public libraries located in Nebraska communities with populations under 3,000.

Throughout National Library Week, Exeter Public Library will be giving away bags containing a few “freebies”.

Whether you are an Exeter Public Library patron, or just happen to be in the neighborhood, come in and explore the “Unlimited Possibilities @ Your Library”.