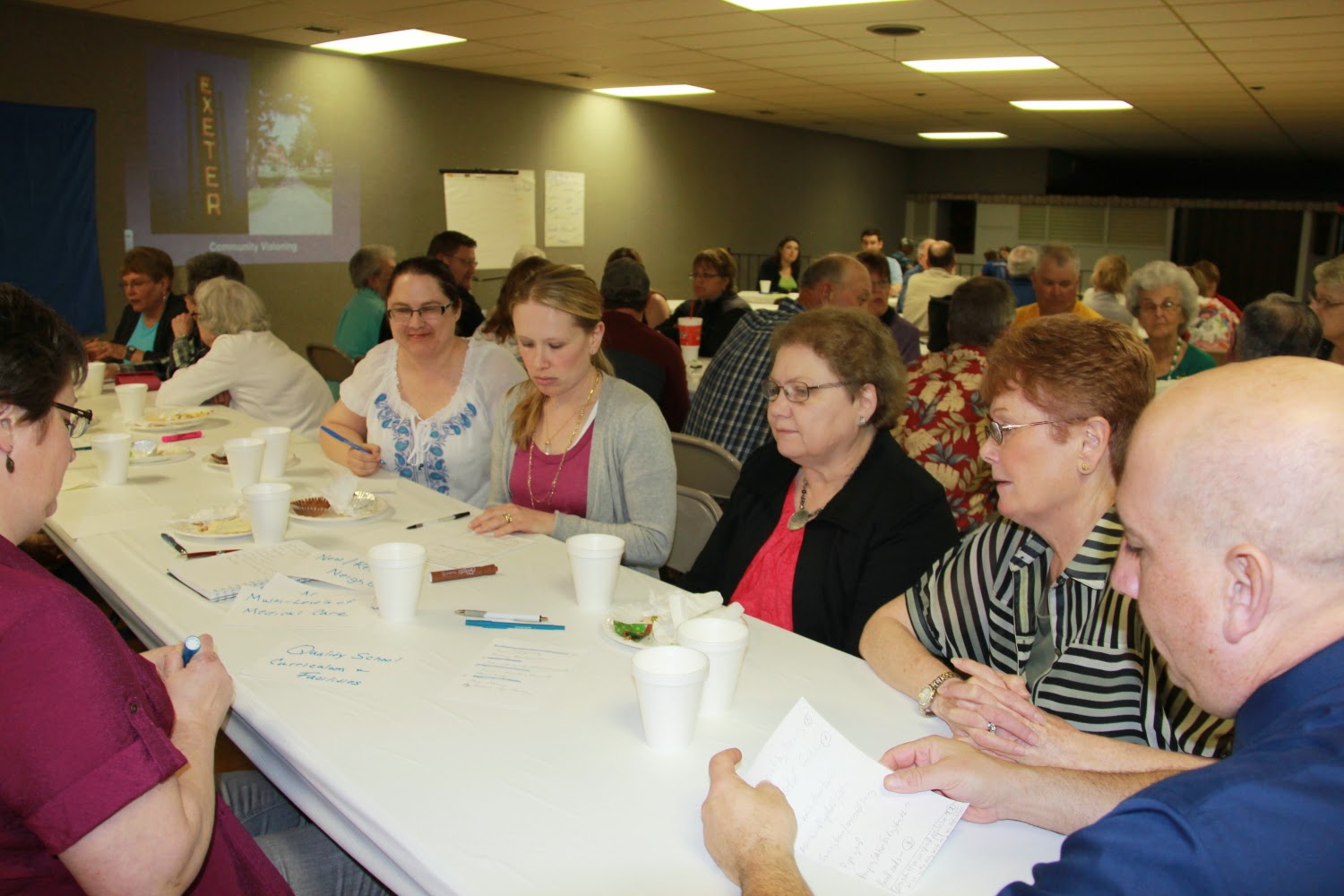 Above: Audience members at the Exeter Community Foundation Visioning Meeting compiled their top five needs for Exeter.  Here from the top are Librarian Jessica Votipka, Becky Erdkamp, Sylvia Murphy, Kathy Erdkamp, and Paul Sheffield. Below:  The visioning board for Exeter. 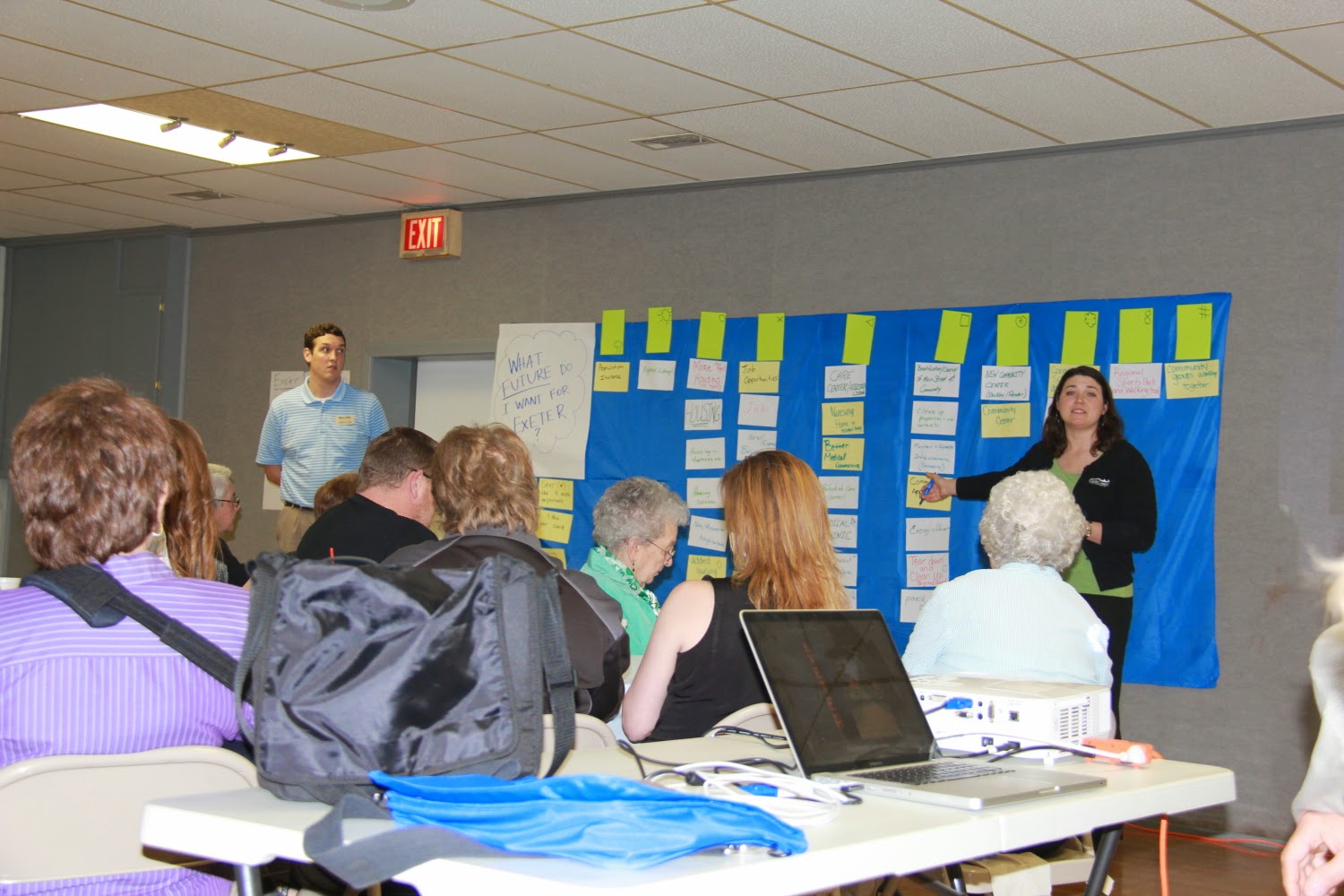 Exeter Foundation Board member Brian Murphy welcomed the guests to the meeting and gave a brief history of the foundation.  He noted that Dick and Louisa Manning had donated $50,000 to the foundation to be matched two to one as long as the funds were raised in three years, fortunately it took less than two years for the funds to be matched.

Another board member Alan Emshoff spoke about the origins of the foundation, “In 2009 we recognized our population was aging and our kids were moving away.  There was a lot of wealth in our community that was getting shipped to our kids in Lincoln and Omaha and we needed to find ways to preserve it here.  Now we are seeing our kinds want to move back to the area.  We wanted to establish our community foundation to be able to grant funds for different projects.”

Next, the audience was asked to share when they were most proud of the community and they brought up the Q125 celebration, the pool vote and the recent championship games.  Also mentioned was the way the community responded helping each other after the storm last summer.

Available housing seemed to be on the top on the list with almost all of the groups.  Along with housing were a need for job opportunities and new businesses in the community.

Once all of the visions for Exeter had been compiled and shared, Murphy addressed the crowd again, “The community foundation will use the ideas to write a vision statement and use it for priorities to build on.”

He then reviewed the survey results with the audience. The survey asked opinions on housing, educational facilities and infrastructure of the Exeter community.  “Apparently not everyone received the survey but you can see that the results of the survey matched about what our vision wall looks like,” explained Murphy.

Murphy had the survey results compiled from those that were returned from the community and also from the Exeter-Milligan high school students.
Posted by Leesa Bartu at 7:30 AM