The Exeter-Milligan Music Department under the direction of Angie Murphy attended the District Music Contest at Sutton on Thursday, April 22, with a total of 15 entries. The students worked very hard to prepare their entries this spring. They came home with 8 superiors and 7 excellents.  In addition to the groups pictured, Kole Svec and Draven Payne each received a superior rating on their solos and Braden Capek received an excellent on his solo. 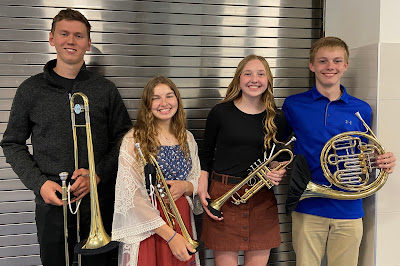 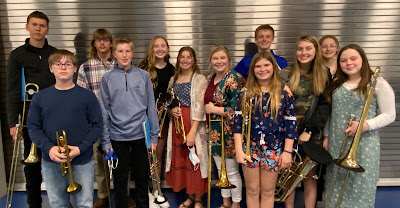 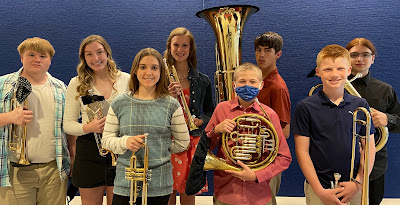 The percussion ensemble played “Trepak from The Nutcracker” by Tchaikovsky and received a superior rating. Group members are (L-R) Briana Capek, Aidan Vavra, Jonah Geiger, Mikey Bartu, Braden Capek, Jayden Capek, and Georgia Meyer.  The group was made up of 3 percussionists and 4 saxophone players. 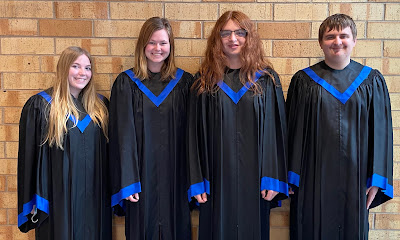