Exeter-Milligan Friend Tames the Tigers in First Round of Playoffs 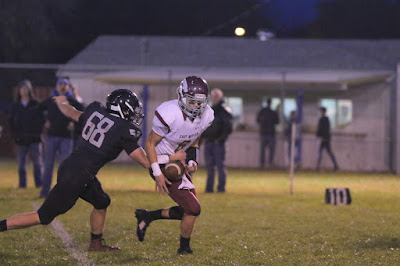 Slater Wells, above and below, sacks the East Butler quarterback. 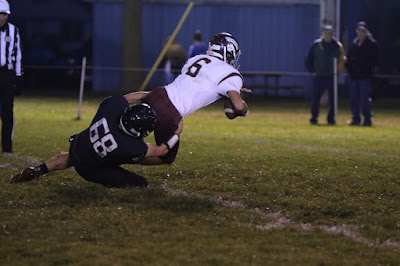 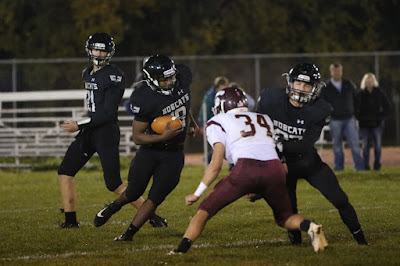 Edwin, above, carries the ball, and below Nick looks out for Tigers. 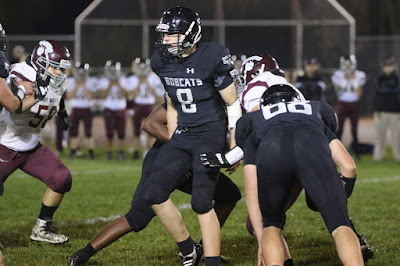 Exeter-Milligan/Friend met East Butler in Milligan Thursday night.  The weather was similar, with wet grass and threatening showers and the final results were too.  EMF showed the Tigers the playoff exit with a score of 62-24.

East Butler went three and out to start the quarter after Slater Wells sacked their quarterback.

EMF powered downfield and Edwin Baptista found the end zone. The officials delayed a bit on the touchdown call because of a face mask call on East Butler.  With 8:34 left in the first quarter it was 6-0 EMF.

East Butler jumped on the scoring bandwagon and put six up on the board with 6:07 left in the first quarter.

EMF countered and sent Baptista back in for six and then the two point conversion. 14-6 EMF
With 1:01 left in the first quarter EB pulled a hook and lateral trick out of their bag. They added six but the Bobcats still led 14-12.  Eb attempted two on-site kicks but the Bobcats pounced on the ball.

EMF fumbled on the one but held East Butler to 3 and out. With good field position the Bobcats were back in the end zone for six with 4:34 left in the half. 20-12

The second half was dominated by the Bobcats.  Baptista again found the end zone and Max Zeleny caught a Spencer Pribyl pass for two. 28-12

An East Butler pass was bobbled between Tigers and Bobcats and Slater Wells came out with the ball and ran it into the end zone.  The two point was good bringing the score to 35-12. 6:51 left in third
EB recovered a EMF fumble and put six points on the board with 3:05 left in the third.  36-18

Baptista had a 56 yard run but was brought down at the one yard line.  Baptista completed the run with another eight points for the Bobcats.  44-18 with :58 left in the third.

The Bobcats weren't done yet as Pribyl sent a beautiful pass to Trever Zelenka in the end zone. Pribyl kept the ball for the two points and the Bobcats were at 52-18 with 8:04 in the fourth.

After a big run for Casey Jindra, Jessie Duba carried the ball into the end zone for the Bobcats and Christian Weber tacked on the two point making the score 60-18

East Butler got away and added six making the final score 60-24.

The Bobcats will meet Fullerton in FRIEND on Wednesday, Oct 31 at 6 PM 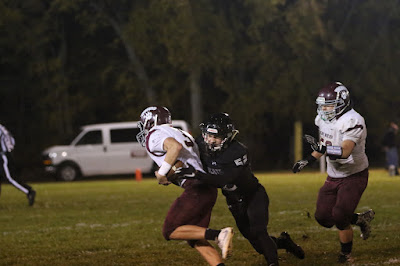 Mitchell above taming a Tiger and below running the ball. 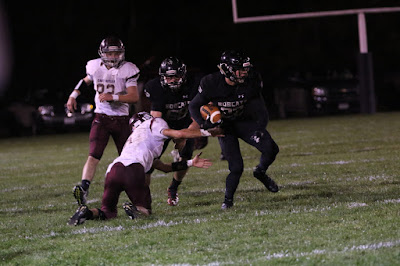 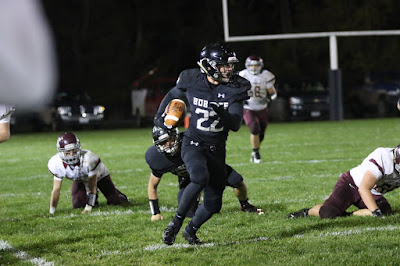 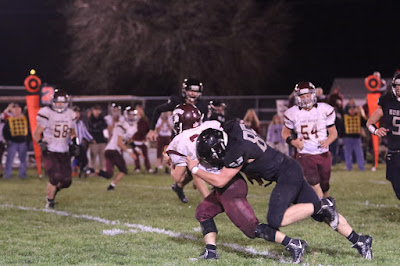 Max takes down a Tiger. 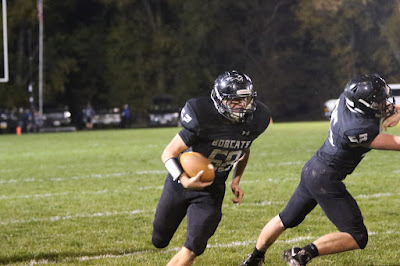 Slater Wells, above and below with his pick six for the night! 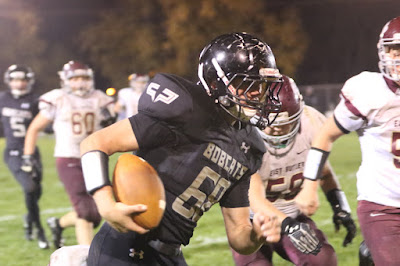 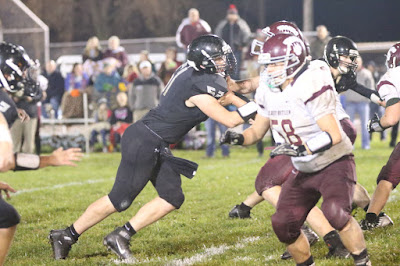 Above, Johnny tough on defense.  Below, Colton carries the kickoff return. 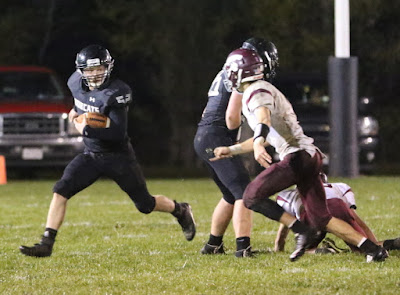 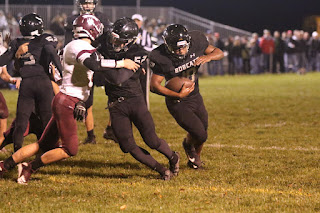 Above, Edwin sneaks into the end zone and below Trever catches a Spencer Pribyl pass in the end zone. 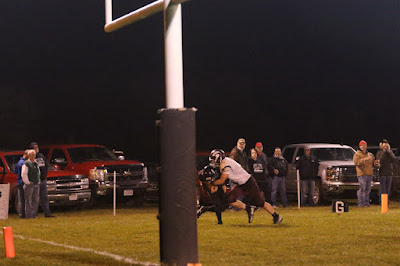 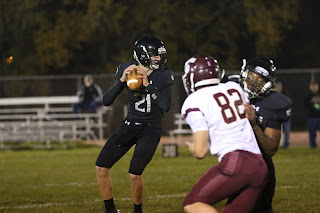 Spencer looks downfield for an open receiver while Edwin blocks an East Butler player.
Posted by Leesa Bartu at 12:02 PM