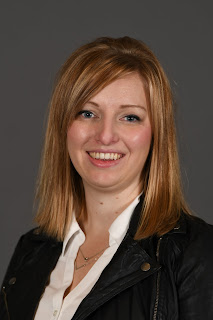 Megan is active in the Geneva United Methodist Church as a High School Youth Group leader and member of the Praise Band, as the co-creator of the Amazing Race - Geneva Edition, as the assistant coach for the Fillmore Central Speech Team, a member of the Young Leaders of Fillmore County executive team,  and past volunteer with the Fillmore Central One Act and Geneva China Luncheon.  Megan choose to make Fillmore County his home because there are wonderful opportunities to raise a family here with a smaller school district and it is easy to make deep connections with others in the community.  Megan and her husband didn’t know a thing about Fillmore County before moving here, yet they look forward to raising their growing family in Geneva and finding more opportunities to give back.

Megan’s nominator says that “Megan is an outstanding person to have in our community.  She is passionate about serving the youth of our community and is always willing to become involved. She is a reliable person and you can always find her with a smile on her face when she is out in our community.”

Megan is married to Todd and they live in Geneva with their son, Beau (3).  Her hobby is to create - whether that includes sewing, designing, or decorating her house. 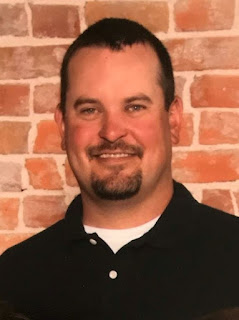 Justin is a member of the Exeter Village Board, Adjutant for the Sons of the American Legion Squad 218, and coach for the Exeter-Milligan-Friend Trapshooting Team. Justin enjoys living in a smaller community and thinks it is a great place to raise his family.

Justin’s nominator says that “Justin is an outstanding,  kind, family-oriented leader in the community.  He has served leadership positions with the Sons of the Legion and the Village of Exeter, as well as a long-time leader and volunteer of the Exeter Gun Club.  Justin is also a supporter of the Exeter-Area Community Foundation.  He is an insightful, intelligent and fair individual that has the forward-thinking mentality that will lead the future of Fillmore County.”

Justin is married to Sharlene and they live in Exeter with their children: Cohen (8) and Braxton (5).  His hobbies include trapshooting and golf.

Kati Jones
Kati Jones grew up in Littleton, CO, and graduated from Dakota Ridge High School in 2003.  Kati attended the University of Northern Colorado and has been employed by Fillmore County Hospital for five years, currently serving as the Behavioral Health Support Team Lead & Compliance Officer.
Kati serves on the board of directors for the Geneva Chamber of Commerce and is the current Chamber president.  She is on the Executive Board for the Fillmore County Relay For Life and is active in Young Leaders of Fillmore County, Hidden Hills Women’s Golf League, currently serving as president, and the Altar Society.  She has been active with highway pick-up, local animal shelters and is a past member of the Geneva Volunteer Rescue Squad.  Kati says that living in a small town was a big change for her.  Because she grew up in a very large area, this was a huge transition, but she loves everything about it.  She loves how genuine the people are, how close they are, and the willingness to help each other out even when it is not asked of them.  She enjoys the community involvement for events and the support that is given.  Even with it being a small town and county, Kati is happy to call Geneva her home and believes Fillmore County has so much to offer both residents and visitors.
Kati’s nominator says that “While Kati is not originally from Geneva, you would not know it.  Kati is excited about Geneva and all it has to offer.  Her passion for our community is infectious and she is a vibrant ambassador for our town and county.”
Kati is married to Thomas Jones and they live in Geneva.  Her hobbies include golf, camping, fishing, snowboarding, volleyball, poker, football, and anything that is sports, outdoors and competitive.

Kory Kahlandt
Kory Kahlandt grew up in Lincoln, Nebraska, and graduated from Pius X High School in 2006.  He received he bachelors degree from Nebraska Wesleyan University and his master’s degree from Concordia University.  Kory has worked at Generations Bank in Exeter as a loan specialist and insurance agent for three years.
Kory serves as the Treasurer of the Sons of the American Legion and as the Exeter-Milligan High School Football Assistant Coach and Strength Coach as well as on the Young Leaders of Fillmore County Executive Committee.  He is a member of the St. Stephens Catholic Church in Exeter.  He chose to make Fillmore County his home as his wife is from Exeter and while they were dating they came back to visit a lot.  He enjoyed all the community events they attended and everyone was so friendly.  He knew someday if the right opportunity arose that he would like to move back here to raise a family .
Kory’s nominator says that “Kory has taken on many roles at Generations Bank and is actively working with First National Insurance Agency in Exeter expand its insurance base.  Kory is a dedicated community leader and a role model for youth in the community.  Although he grew up in Lincoln he has taken a genuine interest in small town living.”
Kory is married to Taylor and they live in Exeter with their two children: Kolsen (2) and Kolbie (3 months).  His hobbies include fishing, hunting, watching and playing sports as well as chasing his kids around.