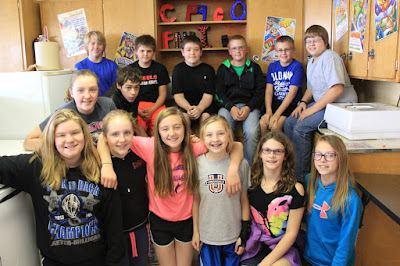 The Exeter-Milligan sixth grade class is in their last few months of elementary school.  They are getting ready for their move back to the Exeter campus in the fall.

Their teacher, Mrs. Allison Brahm, has had a lot of fun with the class, “I love their willingness to go above and beyond what is asked of them.  They love to do projects and experiments whenever they can.

Right now, they have a big project they are working on, chickens.  Rachel Olsen, from the Fillmore County Extension office, brought in chicken eggs and an incubator to their classroom.  They will be learning about the development of chickens and will do lots of different activities including candling the eggs and dissecting the eggs.

Another extra activity the sixth graders are participating in is a health class taught by Jolene Frook, with Fillmore County Coalition.  The class, according to Brahm, is “learning about the effects of drugs, tobacco and alcohol.”

The students formed groups and came up with a prom campaign to encourage abstinence from drinking.  Frook had cards printed to go on the tables for the Exeter-Milligan prom.  The students will also be filming a video.  The windows in their classroom are decorated with their encouragement to not smoke.

They still manage to fit in time for all of the regulars like reading, writing, math, P.E. and band as they prepare for the next step in their education. 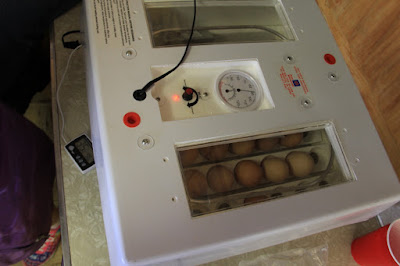 Above – The Exeter-Milligan sixth grade classroom is keeping a close eye on the eggs in the incubator in their science unit.

Below – One of the art projects the sixth graders have done this year was to create a paper mache letter symbolizing a characteristic they want to embrace. 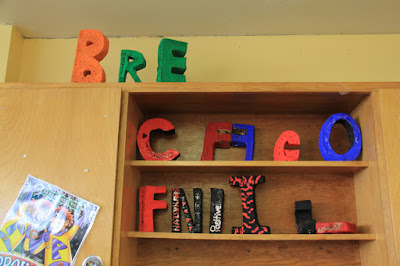 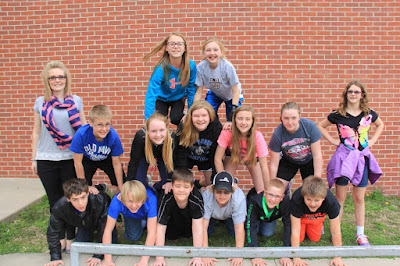 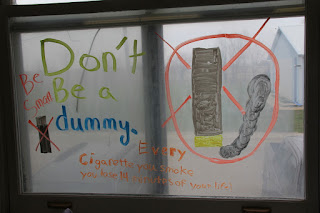 Above – In their health class the sixth graders are learning the dangers of drugs and alcohol.
Below – Exeter-Milligan sixth grader Emma Olsen works on a math pre-test. 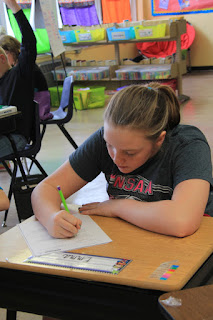 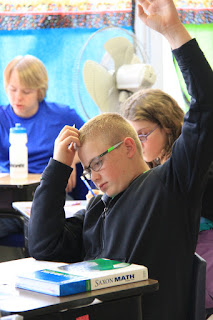 Above – Exeter-Milligan sixth grader Casey Underwood asks a question on a math pre-test.
Posted by Leesa Bartu at 7:30 AM