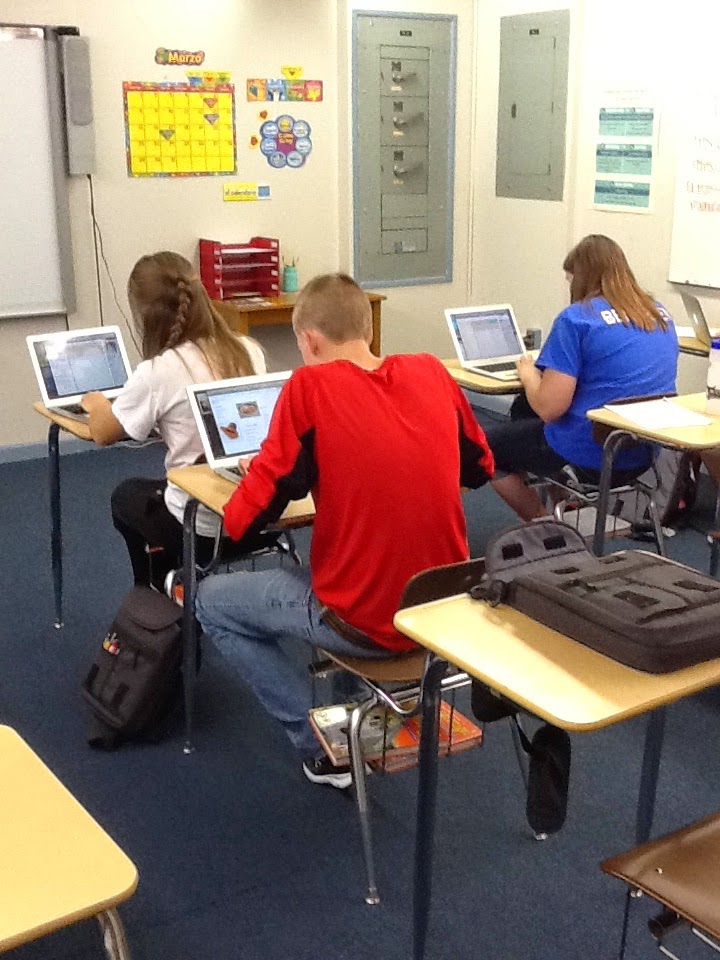 ¡Hola a todos! It’s been a busy 2nd semester in Haley Stutzman's Spanish classroom at Exeter-Milligan so far. In Spanish 1 class, we are currently on the foods unit. So far the students have learned the names of different breakfast foods, lunch foods, drinks, and how to say how something tastes. The students began a project where they are creating their own menu for a restaurant in a Spanish-speaking country where they give their restaurant a Spanish name and also give all their food and drink options in Spanish with a short description of each. The last section of their chapter will cover ordering and asking for things in Spanish at a restaurant and we will be doing lots of conversation practice. I have shown the students pictures of some of the dishes I had eaten while I was studying in Lima, Peru, South America and they have had the opportunity to see different entrees from Ecuador. Based on their faces and reactions, there are some dishes that they would be willing to try, and others not so much!

Pictured are some students doing research for their restaurant project.
Posted by Leesa Bartu at 7:30 AM