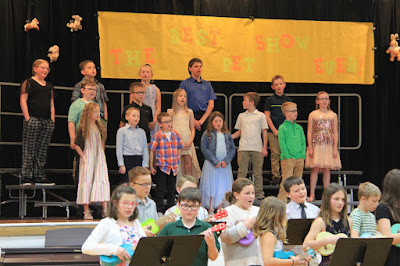 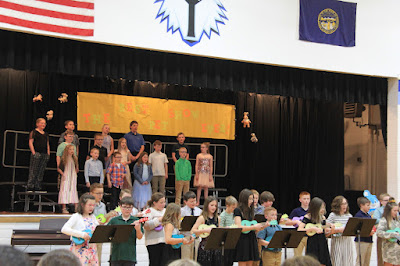 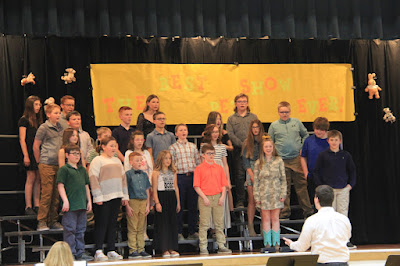 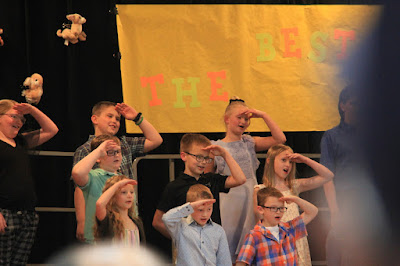 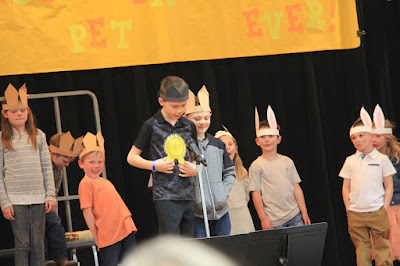 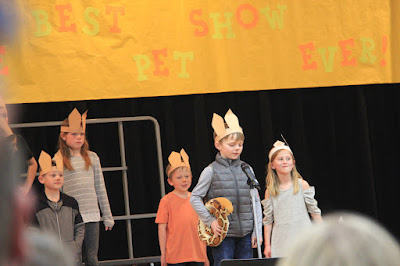 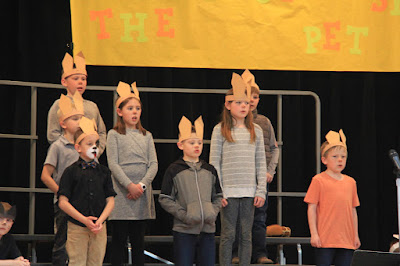 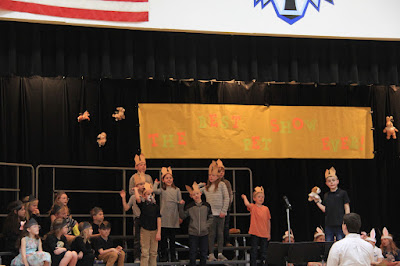 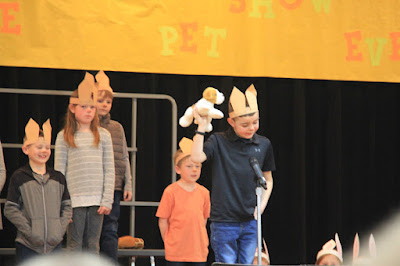 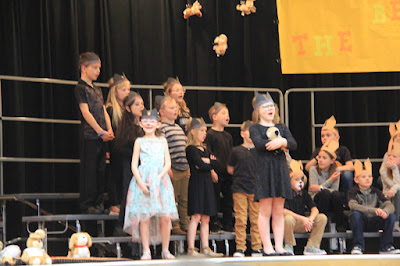 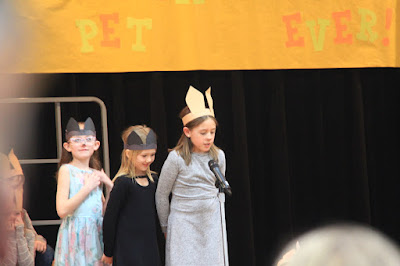 Exeter-Milligan kindergarten through sixth graders held their Spring Concert on Tuesday, March 15 in Exeter under the direction of Mr. Mark Perez.

The fifth grade band opened the evening with folk tunes arranged by John Edmondson into “Name Those Tunes.”  The sixth grade band followed with “March On the Upward Trail,” and then both groups combined to play “Got the Spirit.”

The kindergarten, first and second graders performed “The Best Pet Show Ever!” for the audience featuring several students introducing their “pets” (stuffed animals) and singing about each one.  Their songs included “We’re Having a Pet Show,” “My Cat,” “My Dog,” “I Don’t Have a Pet,” and the second graders crooned “My Charming Snake.”

The kindergarteners had bunny ears and cotton tails to add to their performance of “The Bunny Hop,”  and the entire group sang “Let’s Hear it for the SPCA” (think “YMCA”) and finished up their portion of the show with “We Had a Pet Show!”

The third and fourth graders sang “Pirate Song,” before they drummed on buckets along to the song “Dynamite.”

The students ended the evening with the third and fourth grade singing “The Lion Sleeps Tonight” accompanied by the fifth and sixth graders on the Ukulele’s.

7990 – From the left Allyson Cuevas, Kollins Johnson and Avery Hankins talk about their pets at the Exeter-Milligan elementary Spring Concert.