Exeter-Milligan Tames the Tigers in Dwight 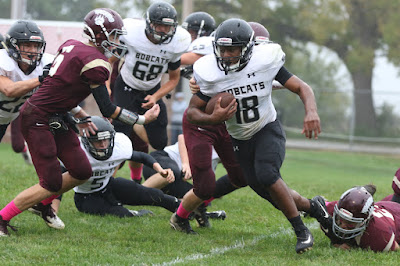 The Bobcats started their contest against the East Butler Tigers with their claws out.

Mitchell Manning received the kick off and stormed down the field straight into the end zone.  The two point conversion was stopped.

East Butler fumbled the ball and the Bobcats took full advantage of it with Edwen Baptista finding the end zone.

On second and one Spencer Pribyl kept the ball and broke through hole and into the end zone. Bobcats could not complete the two point but with 2:15 left in the first quarter.

The Tigers again found the end zone on a pass from #6 to #82 but the Bobcats stopped the two point with two minutes left in the quarter.  The score at the end of the quarter was 26 to 12

The Tigers started the second quarter tacking six points on bringing the score to 26 to 18.
Mitchell Manning found the end zone for Exeter-Milligan/Friend but it was called back for an illegal block in the back.
After a huge gain by Pribyl, Manning broke loose and found the end zone.  Baptista took the ball in for two bringing the score to 34 to 18 with 10:10 left in the half.
East Butler fumbled and Manning recovered it on the EMF's 23rd yard line.
On fourth down Pribyl sent a Hail Mary pass and Baptista caught it in the back corner of the end zone for six but the two point attempt was no good.  Score was 40 to 18 with 3:30 left in the half.

With :36 left in the half Manning flew into the end zone and Baptista frosted the cake with two more.  Score 48 to 18.
Manning had an interception reception to give the Bobcats the ball but EMF fumbled the ball just four yards from the end zone.  East Butler recovered but couldn't convert as EMF backed them up to the one yard line.
Manning received the punt out of the end zone and ran it back upfield for  a touch down.  The two point failed but the score was now 54 to 18 with 1:15 left in the third quarter.
After the points were scored Pribyl had three kick off attempts that ended up out of bounds.  East Butler finally accepted a position and on first down Pribyl chased down the quarter back and caused a fumble when he recovered.

East Butler forced a fumble and clawed their way down the field until a pass attempt the Manning intercepted.
Partway through the fourth quarter the younger athletes had a chance to play with Peyton Pribyl making some yards on the ground along with JB Drake.  Pribyl scored with 3:06 left in the game and JB Drake took the ball in for two points.  Final score was 62 to 18  with the Bobcats record at 6-0 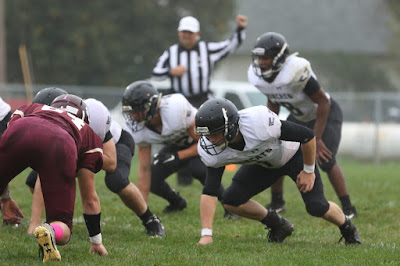 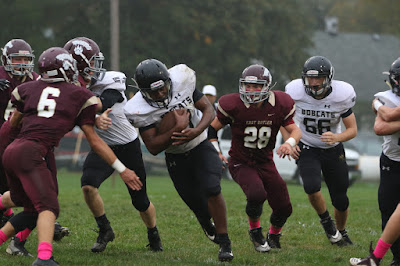 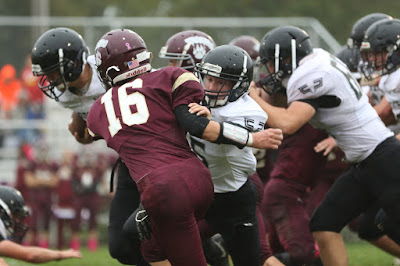 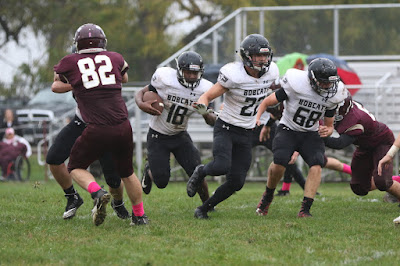 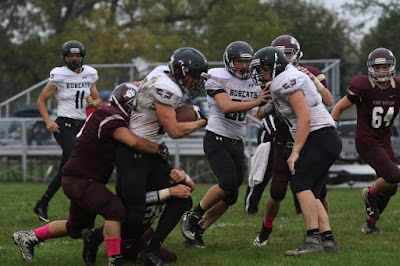 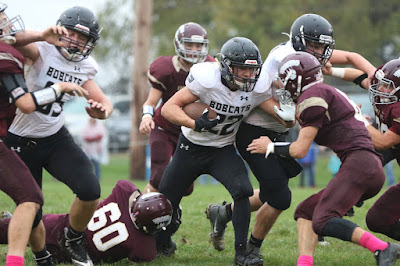 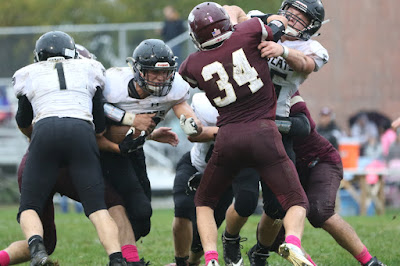 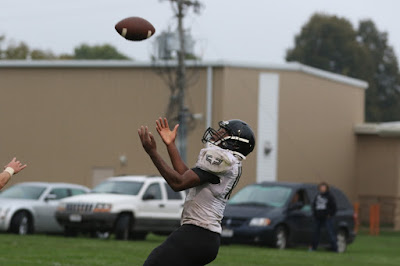 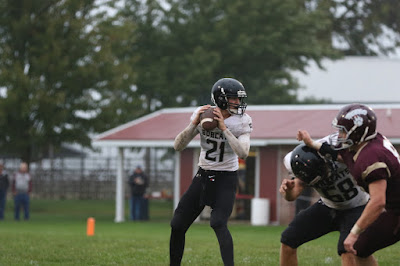