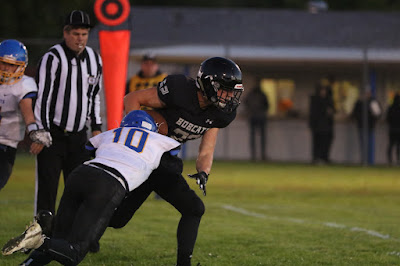 The Knights received first and went three and out.

On the EMF first series Edwen Baptista and Mitchell Manning had some great carries. After a first down Manning drilled through the Knight defense and found the end zone.  Spencer Pribyl carried the ball in for the extra two with 9:41 left in the first quarter.

On the kick off the Knights got a big return and landed on the Bobcat 24 yard line.  They got the first down after a Bobcat face mask penalty. A holding penalty on the Knights dropped them back further and on fourth and 10 Nebraska Lutheran went for it, flipped a little pass forward but Colton Bossaller stopped their forward motion.

Bobcats took over and with a false start against the Knights it just took one Pribyl pass to Jackson Beethe and they put six more on the scoreboard.  Two point was denied and score was 14 to 0 with 7:02 left in the first quarter.

After another quick turnover for the Knights, the Bobcats marched downfield to the one and fumbled with the Knights recovering.  The Bobcats stuffed the Knights to three and out and went back on the board with Manning in for another six and the two point conversion.

Knights were next on the board with a pass caught and in for six with 9:34 left in half.  Score 22-6
Manning was back in with the run game picking up another six points and Max Zeleny caught a Pribyl pass for two points making the score 30-6.

Nebraska Lutheran decided to go for it on fourth and eight with a big pass almost to the end zone.  Penalty flags flew and the refs called unsportsmanlike conduct on both times.

On the Knights second and four Pribyl got his hands into the pass and deflected it into the arms of Zeleny who turned it into six points for the Bobcats making it 36-6 with 1:43 in the half.  But the Bobcats weren't done with the half.  Lutheran fumbled and EMF recovered.  A Pribyl pass to Edwen Baptista was in the end zone for another six.  Pribyl kept it and tacked on two more point with :59 seconds left in the half.44-6

Bobcats started the second half with the ball and brought it down to the nine yard line and turned over the ball on an interception. The Knights stopped the running clock with a huge pass into end zone making it 44 to 12. The Bobcats stopped the two point conversion.

Bobcats turned over on downs on Nebraska Lutheran's first down Zeleny intercepts and Beethe gets another big reception in the end zone. 50-12.

Fourth quarter found the seniors getting a break and the younger players on the field.  JB Drake  broke loose on a 10 yard run into the end zone.  56 to 12 with 2:09 left in 4th quarter. 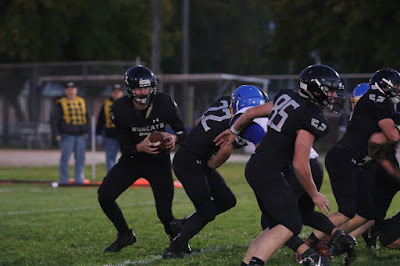 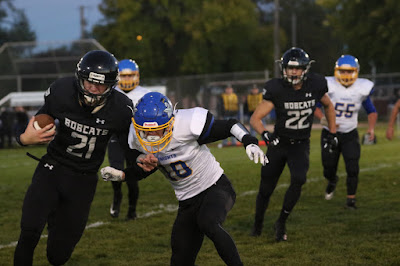 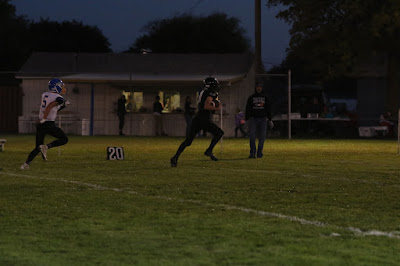 Beethe makes a big catch and takes it in for six. 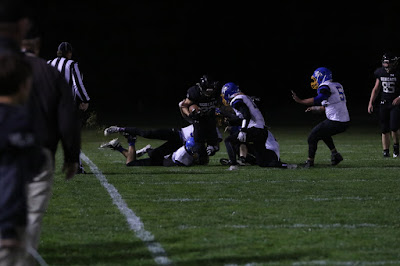 It's Manning, it takes a village. 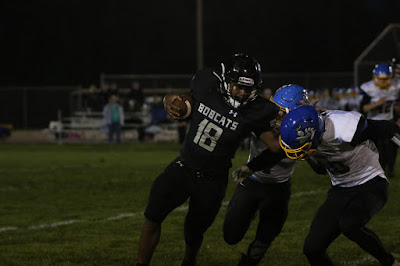 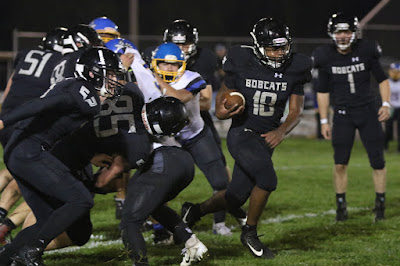 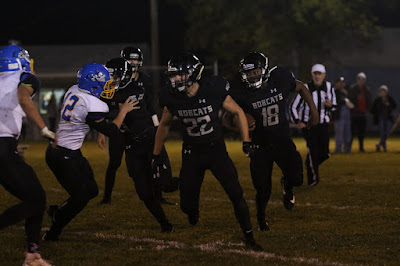 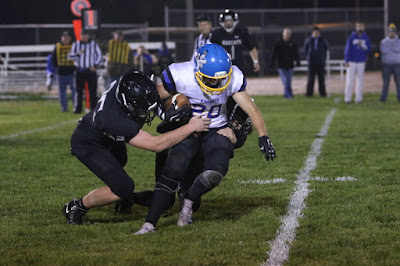 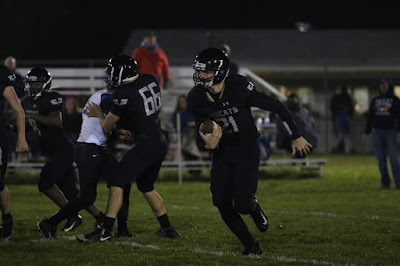 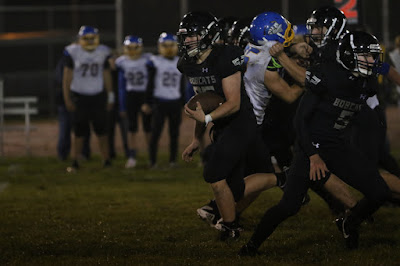 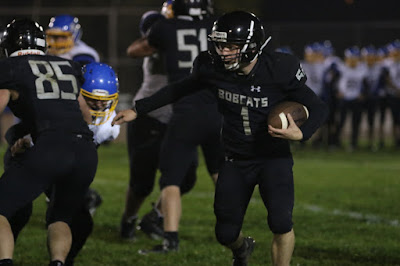 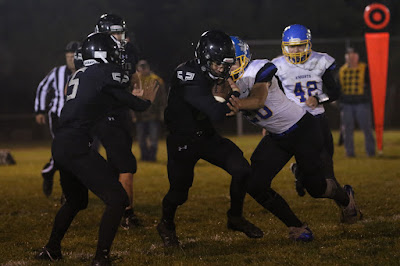 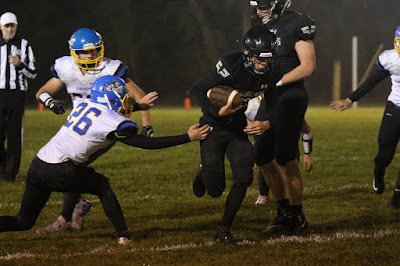 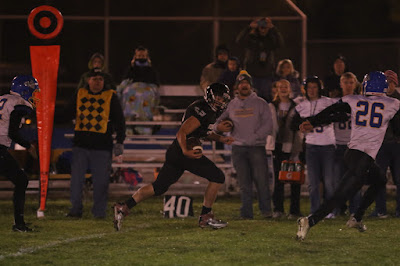