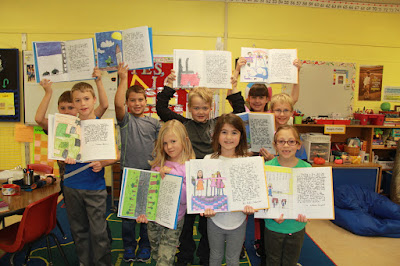 Exeter-Milligan second graders show off the pages that the contributed to the book they published.  Front row from the left: Cheyenne Krupicka, Kaylie Schlueter and Sydney Engert.  Pictured in the back row from the left R.J. Clevenger, Truman Milton, Cohen Harre, Logan Johnson, Brooklyn Oldehoeft, and Adrien Mueller. 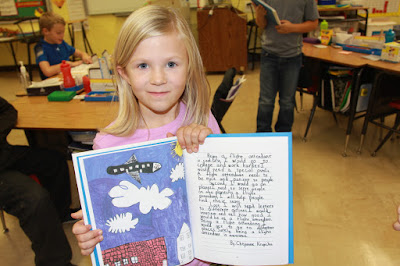 Cheyenne Krupicka shows the page she wrote and illustrated about wanting to become a Flight Attendant in the book the second grade class published. 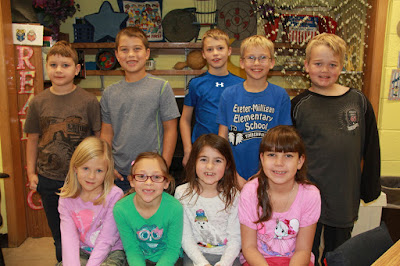 The Exeter-Milligan second grade class with the girls in the front from the left: Cheyenne Krupicka, Sydney Engert, Kaylie Schlueter, and Brooklyn Oldehoeft.  The boys in the back from the left:  R J Clevenger, Cohen Harre, Truman Milton, Adrien Mueller and Logan Johnson. 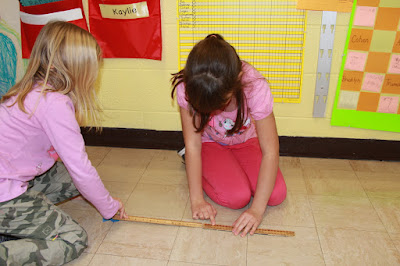 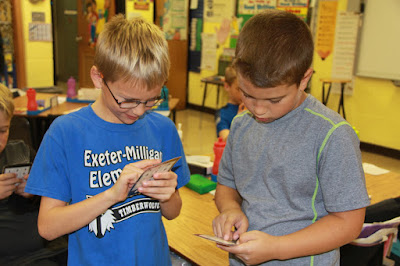 Adrien Mueller (left) and Cohen Harre (right) work on numbers on their “cell phones” in the Exeter-Milligan second grade classroom.

The Exeter-Milligan second grade class has already participated in several fun experiences this school year.  Early in the year they participated in the Outdoor Education Day along with the high school Biology students who led them in sessions during the event.  They spent the day at Gilbert’s Park in Exeter doing outdoor experiments and journaling about their discoveries.
The class just received the copies of the book they wrote and had published about the jobs they want to do when they grow up.  The students researched the field they are interested in, drew a picture of themselves in the future and wrote about the job they would want to do.
According to their teacher, Marla Weber, “This class accepts challenges eagerly.  They used new strategies learned in writing to compose their book. They were totally amazed when they saw their completed book.”
They will have one of their monthly authors’ teas soon to share their excerpts from the book with their guests, their parents.  The students plan to dress like the job they want when they grow up.
The students love using technology in the classroom.  According to Weber, “The students love QR code scavenger hunts or GooseChase hunts--an app we have on iPads. They do projects on their iPads and make presentations throughout the year.”
To bring them back to history, Weber plans an annual Pioneer Day at the Saline County Museum in Dorchester in the spring.  The students will meet their pen pals from Friend at the museum and enjoy a day of learning what a school day was like during pioneer times along with touring the museum and eating lunch like pioneer children.  They will also get to make butter, shell corn, make candles and do some laundry.