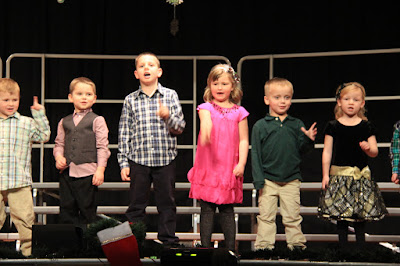 The Exeter-Milligan ESU 6 TYKE Preschool students at their Christmas concert.

Thursday evening’s Exeter-Milligan’s elementary Christmas concert had something for everyone to enjoy.

To start, the TYKE Preschool class took the stage performing “5 Little Snowmen,” “Snowflake, Snowflake,” “Snowball” where they showed us all about making their snowball and “We Wish You A Merry Christmas.”

After their crowd pleasing performance the third and fourth graders played “Fum, Fum, Fum” on their recorders followed by “Christmas Fun” by the fifth grade band.

The fifth and sixth grade band performed “First Rockin’ Christmas” where they were joined by fifth grade teacher, Miss Neville, on percussion.  They also wowed the audience with “O Come, All Ye Faithful.”

The four members of the sixth grade band did an excellent job on “O Tannenbaum” to finish the instrument section of the performance.

The Kindergarten class did an adorable rendition of “Take Me Out To The Ballgame” called “The First Snowball of the Season.”  They also hammed it up in “Did You Ever See A Snowflake.”

Exeter-Milligan first graders sang and danced as they were “Santa’s Helpers” before singing the ever popular and somewhat toothless “All I Want For Christmas Is My Two Front Teeth.”

Santa (aka Superintendent Mr. Sheffield) made a special voice appearance in the second graders performance of “There’s Someone in the Chimney.”  They also sang “Kids and Christmas.”

Together the Kindergarten, first and second grade classes sang “For You” and “Deck, Deck, Decorate December.”

Next on stage were the third and fourth graders who begged and pleaded in “Please, Let It Snow” before singing “Spirit of the Season and “Nice, Nice Christmas.”

The fifth and sixth graders really rocked things out as the sang “Hip-Hop Reindeer” with rap solos performed by Sophia Gilliam, Chase Vnoucek, Jozie Kanode and Troy Kallhoff before the donned sombreros to belt out “Feliz Navidad.”  They closed the program with “Mister Santa” and shopped hard for “The Christmas Rush.” 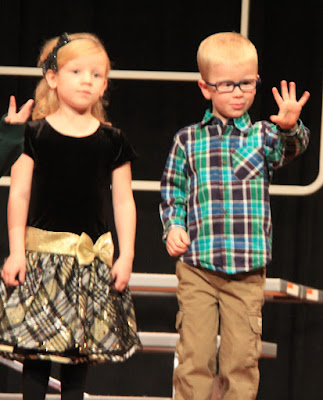 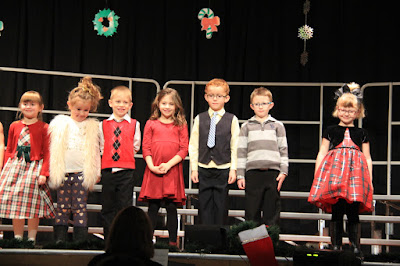 Above and Below: The Exeter-Milligan kindergarten class at their Christmas concert. 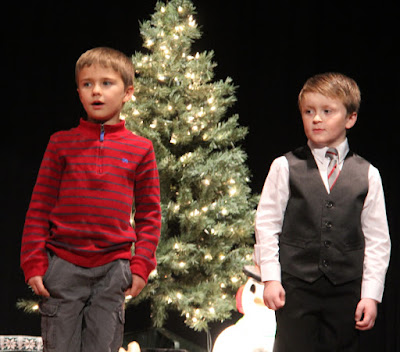 Exeter-Milligan second graders are trying to figure out who is stuck in the chimney during their Christmas concert.  From the left are Adrien Mueller, Logan Johnson, Brooklyn Oldehoeft, Truman Milton and Cohen Harre. 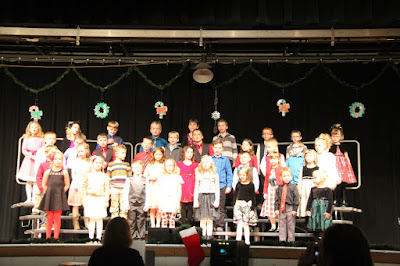 The Exeter-Milligan kindergarten, first and second graders perform together at their Christmas concert. 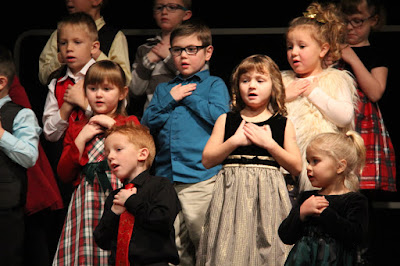 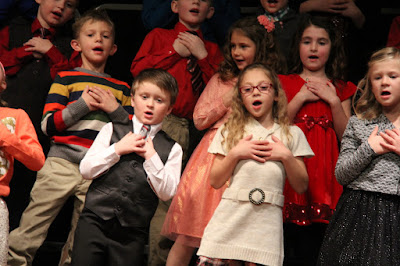 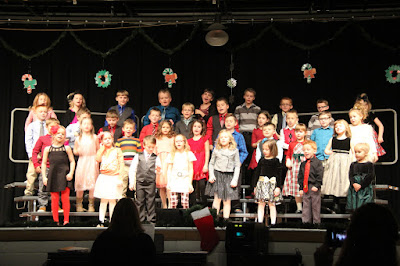 The Exeter-Milligan kindergarten, first and second graders perform together at their Christmas concert.

Exeter-Milligan third and fourth grade classes performed a number on their records and sang at their Christmas concert.

Below – Third and fourth graders from Exeter-Milligan sing at their Christmas concert.  Pictured in the front row are from the left Kierra Papik, Kiley Oldehoeft, and Liberty Johnson.  Next row up from the left features Ronnie Babula, Carver Kanode, Joleen Vossler and Aidan Vavra. 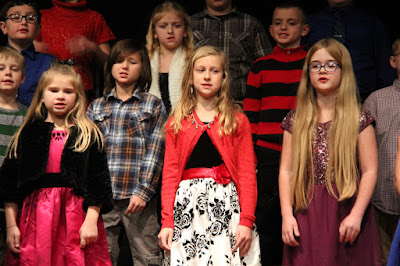 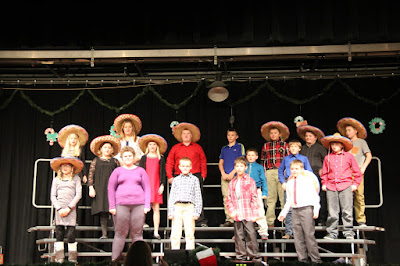 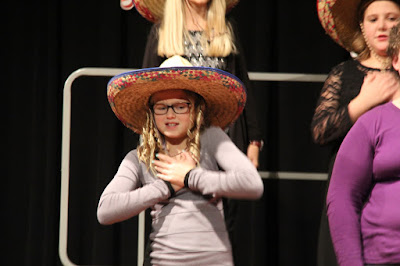 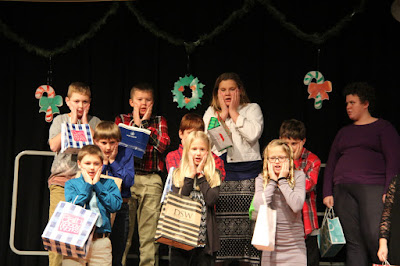 The Exeter-Milligan fifth and sixth graders shop away during “The Christmas Rush” song.
Posted by Leesa Bartu at 7:30 AM