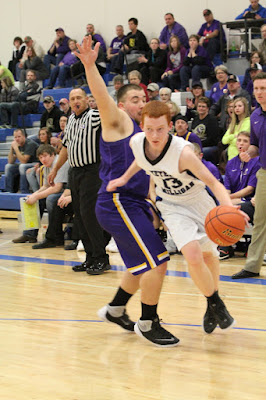 Below - Cameron White scores from under the basket. 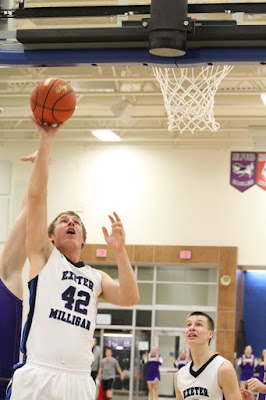 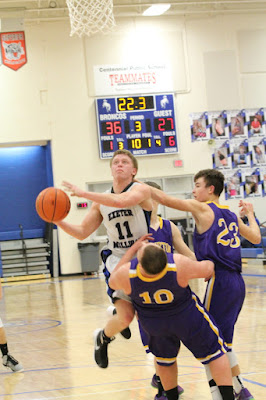 Above – Exeter-Milligan’s Sam Zeleny takes out Hampton’s Caleb Dowling on his way to the basket.
Below – Cameron White blocks the lane for Eric Olsen to take the ball in for two. 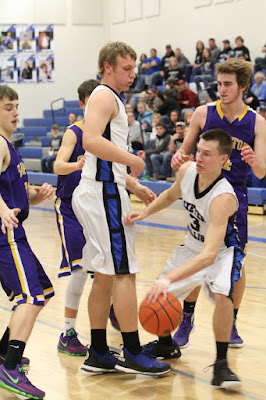 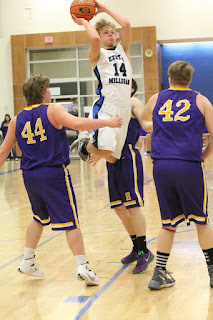 Above  – Exeter-Milligan’s Trevor Luzum launches over Hampton players #42 Alex Parks and #44 Devin Nissen for a shot.
Posted by Leesa Bartu at 9:38 PM