Exeter-Milligan fought a tough battle against a very tall Parkview Christian Team.  The Patriots came into the District final with a 19-5 record and were 7-0 in the district.  The Timberwolves were behind by 15 points at the end of the first quarter but fought back in the fourth quarter to within four points at one time.  They eventually succumbed to the Patriots after losing both Sam Zeleny and Cameron White to foul trouble in the fourth quarter.  The Timberwolves finished the season 11-13. 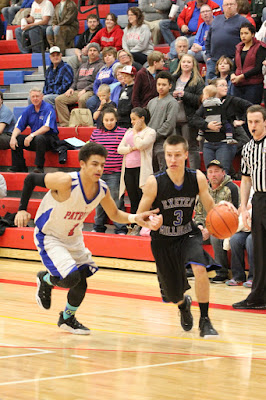 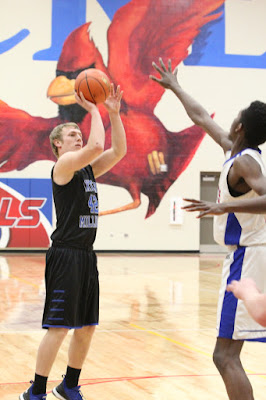 Cameron White goes for two against #12 Nosawema Iyagbaye, the 6'8" junior from Parkview Christian. 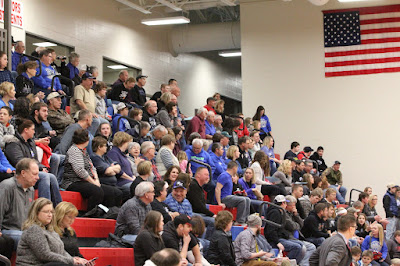 Exeter-Milligan had a great crowd for the District Final. 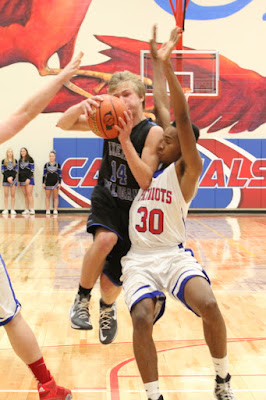 Trevor Luzum goes up for two against #30 Henry Tanksley. 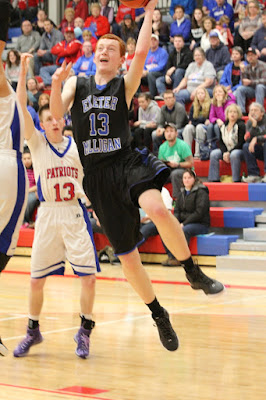 Patrick Murphy lays up for two on top of the numerous three point shots he made on the night. 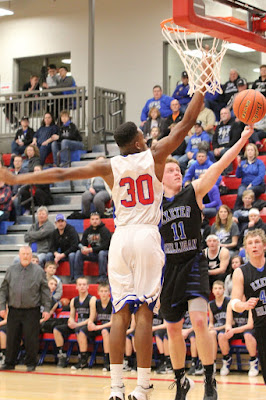 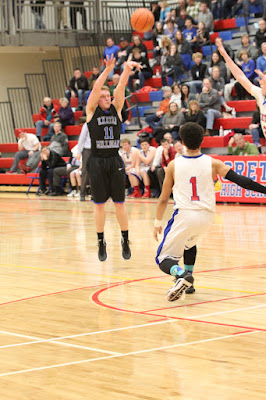 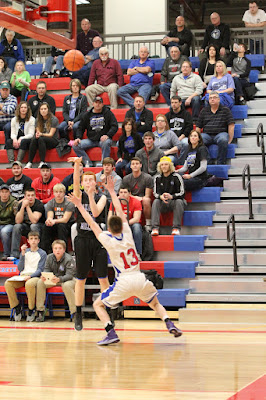 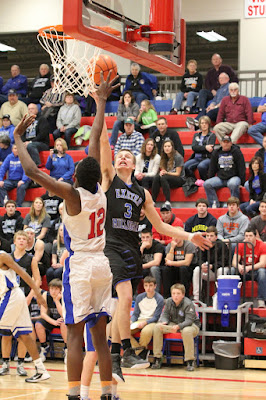 Eric Olsen #3 gets vertical over Iyagbaye for two points. 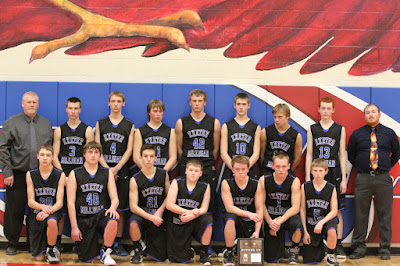