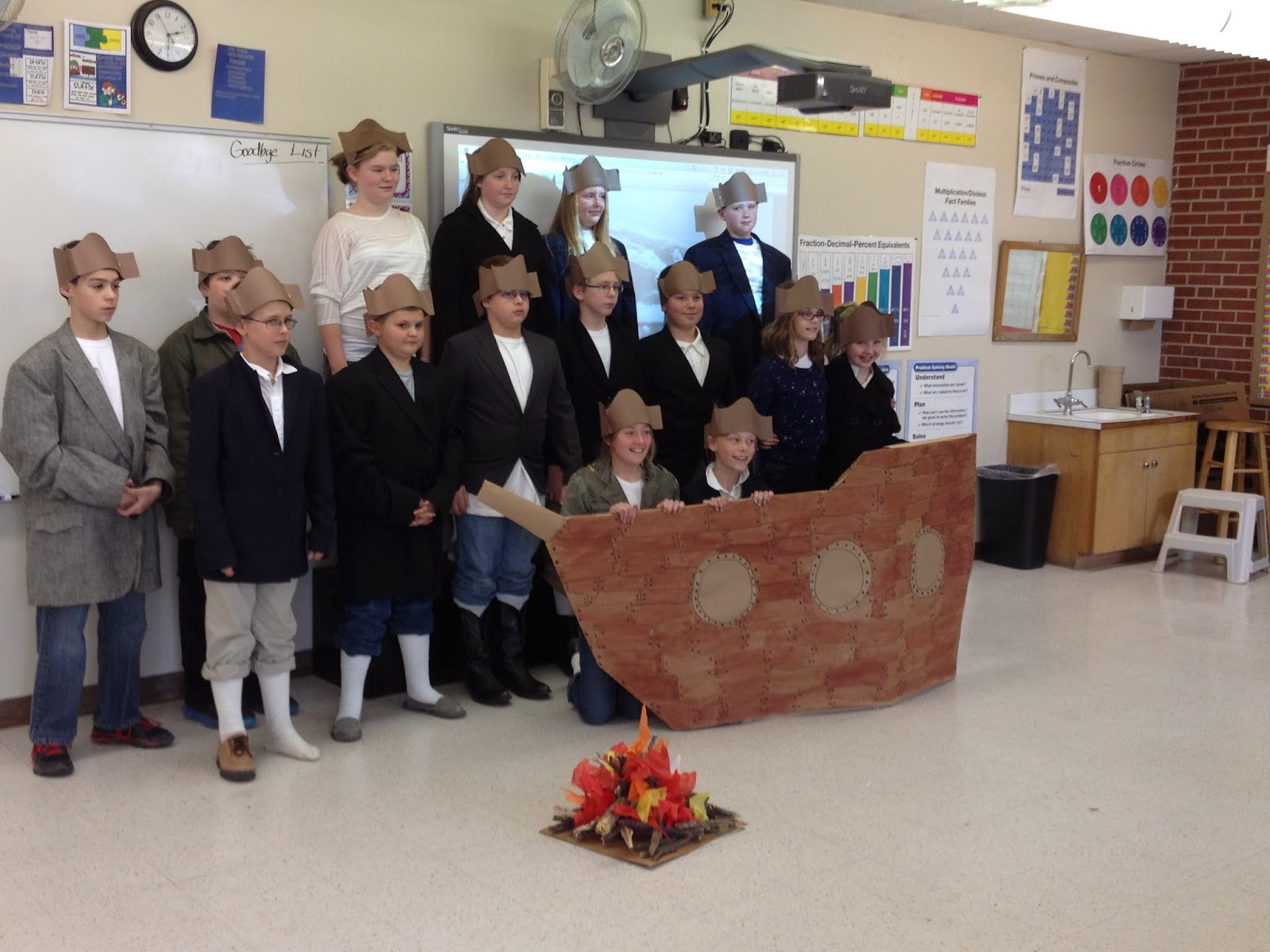 Sara Lincoln's 5th Grade class at Exeter-Milligan has been hard at work the last few weeks getting ready to perform their play.  They have been studying the Boston Tea Party and the American Revolutionary War. After reading the chapters in the book and learning more about these events the students performed a play.  Each student had several parts in the play.  Many were an important figure during that time, others told facts about what happened.  Each student played a great role in preparing for this play.  Several painted the ship, built the fake fire, and made hats to wear.  The students performed this play in front of their parents.  It was such a great experience for all of them, they had a great time.