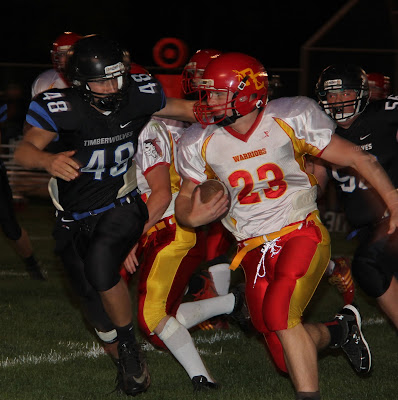 Exeter-Milligan took down Red Cloud in true Timberwolf fashion 62-28 with the reserves playing for the majority of the second half.  The Timberwolves got on the board with 10:05 left in the first quarter.  At half Exeter-Milligan was up 32-0 and they extended their lead 52-14 by the end of the third quarter.  Above Cameron White (48) takes down Red Cloud's Michael D'Ambrosio. 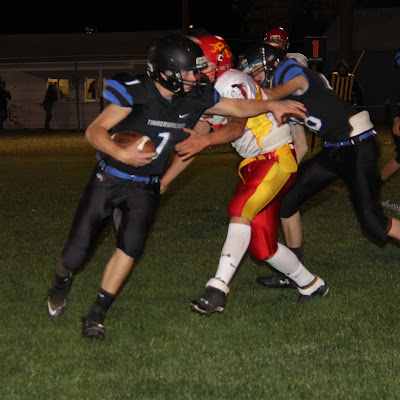 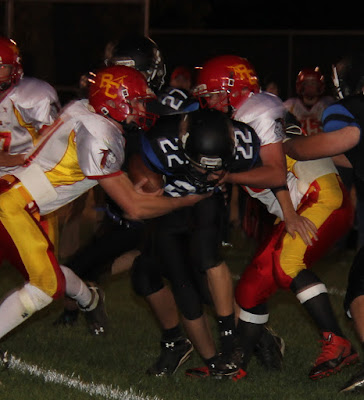 Freshman Mitchell Manning carriers the ball for the Timberwolves. 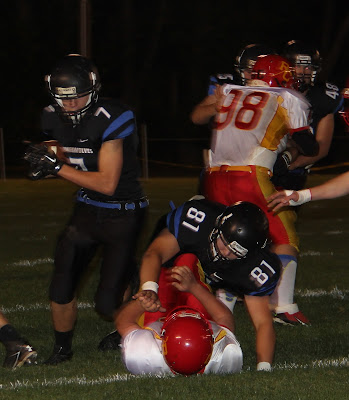 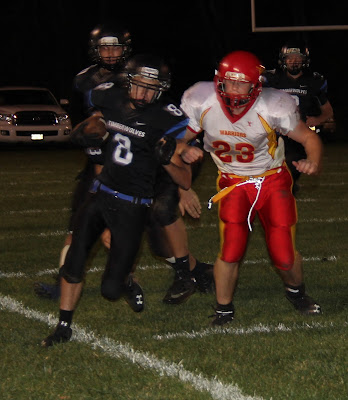 Eric Olsen (8) outruns D'Ambrosio but gets knocked out of bounds. 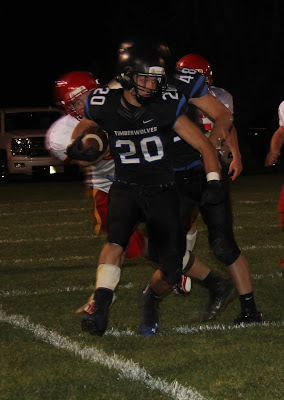 Sean Maxson heads down the sideline. 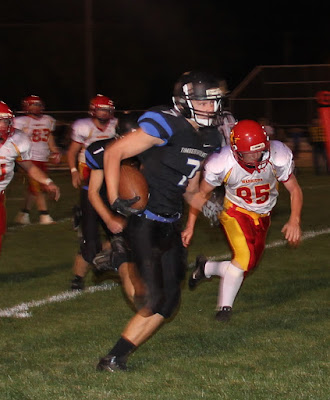 Trevor Luzum heads around the Red Cloud players for another six points for Exeter-Milligan. 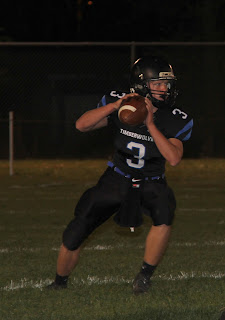 Sam Zeleny gets ready to launch another pass.
Posted by Leesa Bartu at 10:22 PM