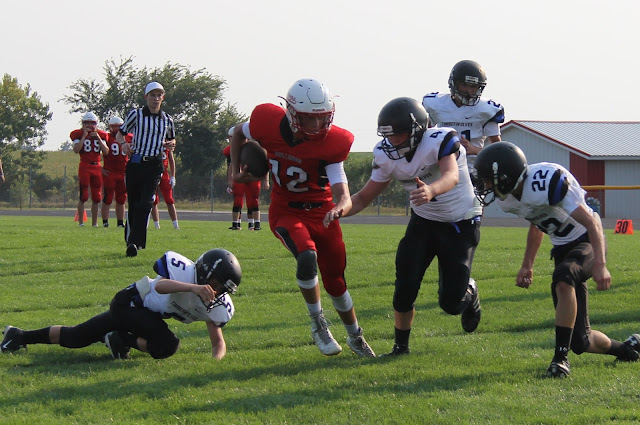 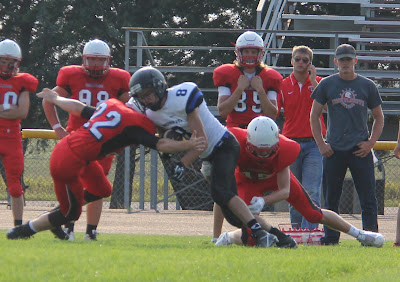 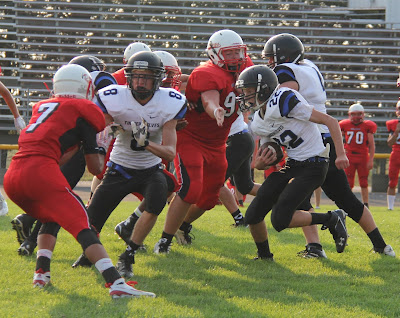 Friend's #7 Kolby Houlden running into Timberwolf #8 Eric Olsen who is blocking for the #22 Mitchell Manning the ball carrier in the play. Friend’s #98 Ray Sharkey is also visible in the play. 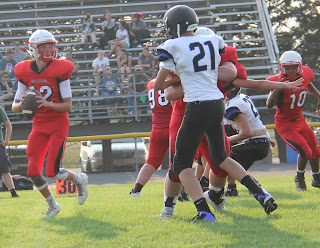 #12 Dickinson trying to throw the ball with Timberwolf #21 Spencer Pribyl heading towards him.
Posted by Leesa Bartu at 7:30 AM