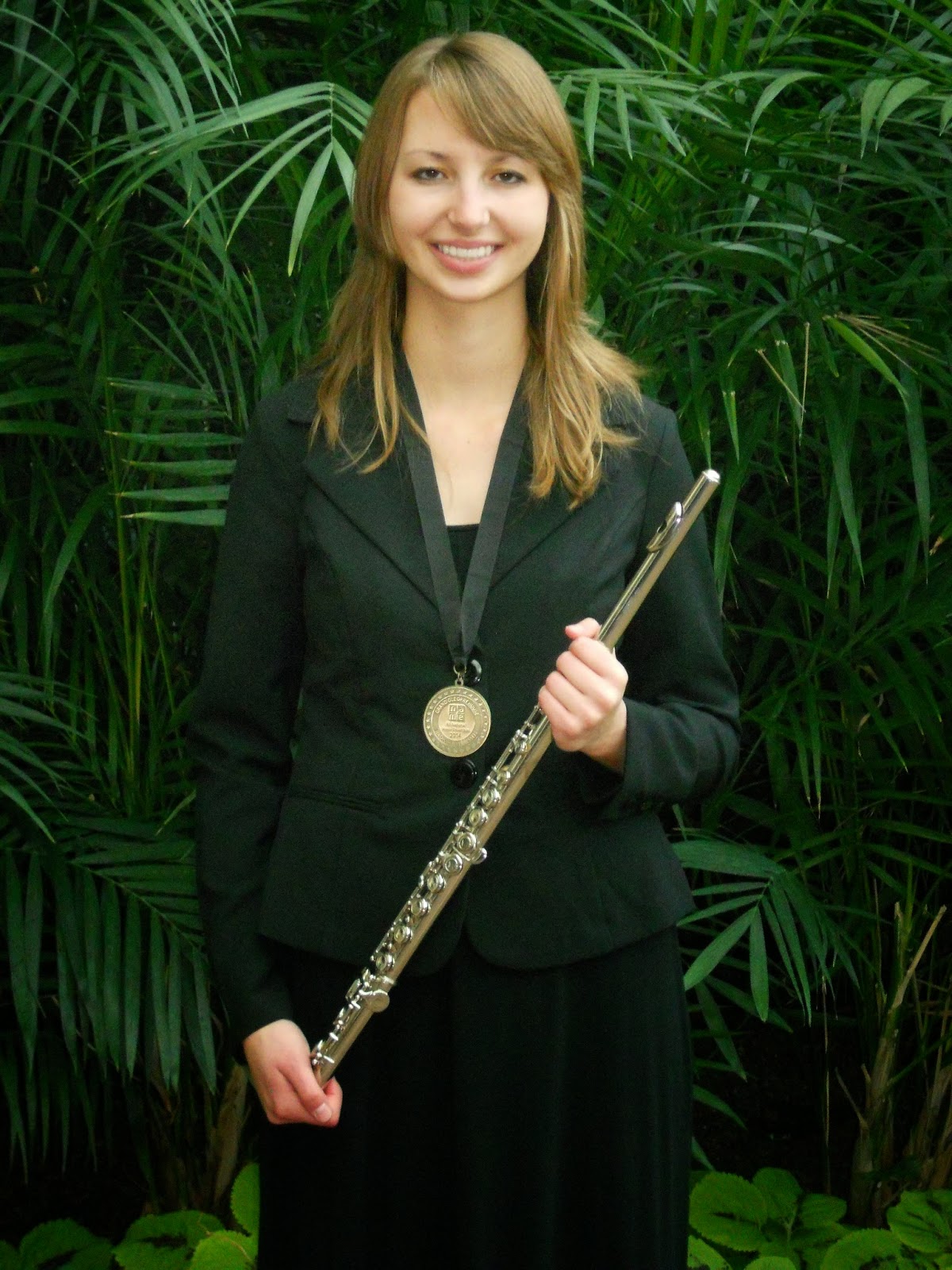 The smile on her face explained exactly what this once in a lifetime event meant to Jordyn Brandt.

Brandt, a senior at Exeter-Milligan, applied this spring to be a part of the All-National Band and not only was she accepted but she also earned the first chair nod in her Flute II group.  “You have to be a member of the all-state band in order to apply for this group, as an underclassmen you fill out an application and send in the same audition tape you did for the all-state band,” explained Brandt.

The event is sponsored by the National Association for Music Education and this year it was held in Nashville, TN at the Grand Ole Opry.  Students are chosen for four performance groups: Concert Band, Symphony Orchestra, Jazz Band and Mixed Choir.  The students must participate in the same group they were chosen for the All-State Band.

Brandt, a member of the Exeter-Milligan band, was chosen for the Concert Band.  She has been playing the flute since fifth grade and also plays the piccolo.  Brandt has also taken ten years of piano lessons and 12 years of dance lessons.

Accompanied by her parents, Brandt arrived in Nashville on Sunday, Oct 26 where they had some free time to do some sightseeing.  “We went to the Parthenon in Nashville.  I really enjoyed the full size replica of the Athena statue and they had a very nice art collection.”

Brandt also enjoyed all of the scenery at the Opryland Convention Center where they stayed.  “The hotel had a beautiful place in the middle.  It was a glass dome filled with a lot of tropical plants and waterfalls. There was a fountain choreographed with music and an indoor boat ride.”

Once the program began, the students all stayed together and Brandt had a roommate from Wyoming.  Rehearsals started Sunday night under the direction of Mark Camphouse, a professor of music at George Mason University.  “We rehearsed a lot of the time but we also got to enjoy two different concerts.  On Sunday night we heard the Boston Brass and Tuesday we got to hear the U.S. Army band.”

Prior to the event, participants received the music so that they could have it ready to perform.  One of the pieces that the students performed was composed by Camphouse and included solos for some of the first chair performers, including Brandt.  The piece, “’The Shining City’ had a narrator who was Tennessee State Senator Mark Norris and was about Ronald Reagan’s speeches.”

They also performed a piece by a young composer who had entered a contest to have their piece performed by the All-National Band.  The final piece they performed was a part of a Tchaikovsky ballet.

The 150 members of the All-National Band performed mid-morning on Wednesday along with the other three performance groups, “This whole experience was amazing.  I really enjoyed performing with the top high school musicians in the country. It was such a huge honor to be on the stage of the famous Grand Ole Opry and I count it as one of the happiest moments of my life.”
“This experience really appealed to me.  I plan to major in music performance in college and double minor in studio art and art history. The conductor (Camphouse) taught us so much about being musical in general.  He also taught us a lot about conducting and talked to us about composing music.  He also encouraged us to figure out what we want to do with music after we graduate and go to college.  I would really recommend this experience to people that are excited about music and care about it.”

She also noted that she appreciated the financial support from the Exeter-Milligan Boosters.

Brandt was the lone student from Nebraska in the Honor Band.  There was one student from Nebraska in the Jazz Band and six in the choir.  “I talked to a lot of people, and I believe I went to the smallest school and had the smallest class out of all the participants.  At least half of the students went to private schools or specialty music schools,” explained Brandt.

Exeter-Milligan Band Director Angie Murphy has seen the benefits of the experience for Brandt, “Jordyn has grown musically through her experiences in several honor bands under multiple directors.  The All-National Band was a very positive experience for her future as a performance major.”

Brandt will be taking the stage again soon as she has been asked to fill in as a substitute flutist for the Hastings Symphony's Christmas Concert. The show will be on December 7, at 4:00, at the Masonic Center Auditorium, in Hastings.