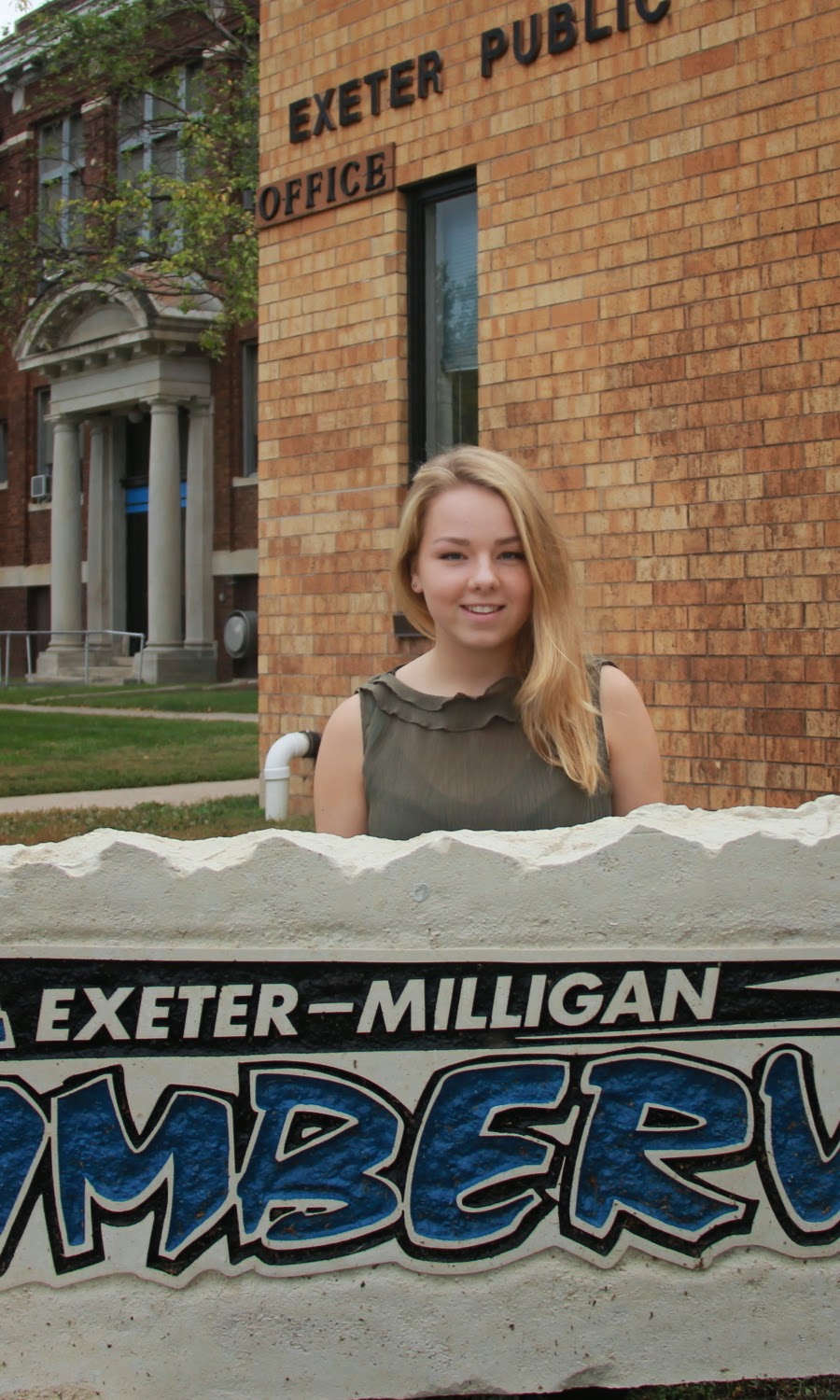 Cookie Koopman has adjusted well as an foreign exchange student from Holland, but this isn’t the first time she has lived outside her native Holland.

The 15 year old lived in Singapore for three years when her mom’s job moved them there.

This year Koopman is living with Exeter-Milligan Superintendent Paul and Karla Sheffield and their daughter Haylee.

Koopman is from Alkmaar, a large city about 30 minutes from Amsterdam.  “It’s a big town, flat and low, it’s below sea level.  It is near the sea and I miss that but it’s cold there now so I wouldn’t go anyway.”

The climate is very different in Holland and it was a challenge to get ready for snow,   “My mom made her project to find me some stylish snowshoes.  They’re pretty but not very comfortable or practical.”

They have cold summers and mild winters.  “It’s never hot or cold but it’s never really nice.  We don’t get snow or sun so I am very excited about the snow.”

This year Koopman is on the cheerleading squad at Exeter-Milligan.  She hopes to try basketball and track.  “I tried volleyball but it wasn’t for me but I am a student manager.”

So far she really misses her sister who is 17 and her parents.  They will be in Nebraska to visit in February and will stay in Lincoln for a few days to enjoy some shopping, “We don’t have big stores like Wal-Mart in Holland.  I love shopping here.”

Another difference Koopman has noticed is styles.  “Everyone dresses for practical more than pretty.  In Holland nobody cares if it is uncomfortable but if it’s pretty you wear it.  It’s nice here with all the sweatshirts.”

She just finished her third of six years of high school and thought this would be a nice break for her, “usually they don’t let younger people do the foreign exchange program because younger people usually get homesick, but since I had already lived abroad once, they accepted me.”

Koopman has really enjoyed some of the new eating experiences she has had.  “Ribfest was great.  I had never had bbq before and it was so good.  Also I had really, really good friend chicken and mashed potatoes.”

She is missing some of the Dutch candies but the Sheffield’s were able to find some in a candy store in Lincoln and she also misses the bread in Holland, “Bread is different here, it’s sweet.  I just can’t explain it, it’s different.  We have bread for breakfast and lunch so I eat a lot of bread.”

So far Koopman has had a lot of wonderful experiences here, “I have made a lot of friends and have gotten to see a lot of places and do a lot of new things.  Going to a volleyball game or a football game is so cool and so much fun.  To cheer is so much fun.”

She has already traveled some in the United States as the Sheffield’s traveled to the east coast to see son, Devin, graduate from basic training.  They are also planning a trip to Arizona to visit family.
Posted by Leesa Bartu at 10:26 AM