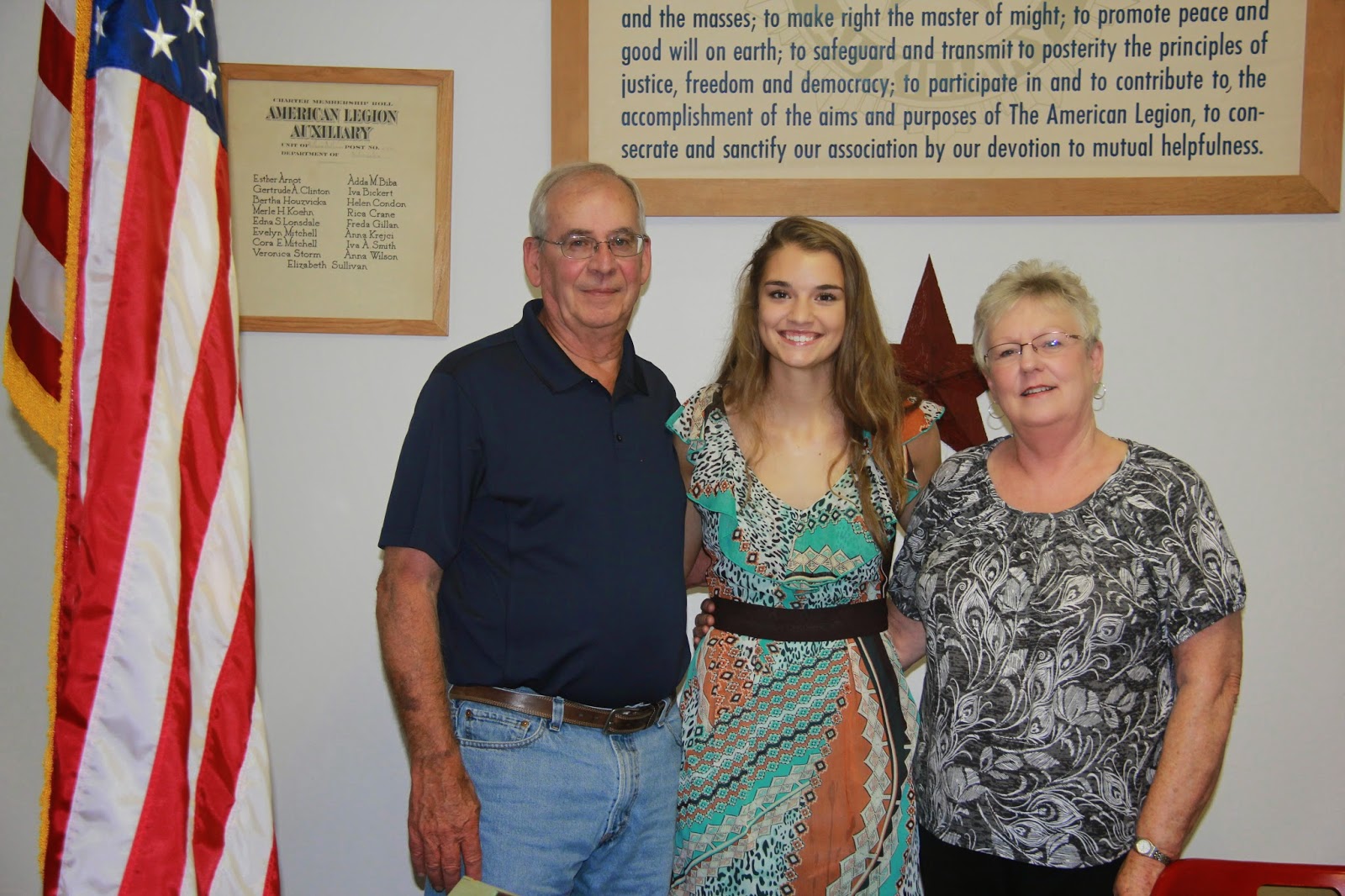 Peytan Ruhl began her presentation to the Exeter Legion Auxiliary on Monday night thanking them for the opportunity to attend the Cornhusker Girls State, “It was an amazing week.  I learned so much.”

Ruhl, who is a Senior at Norris High School, shared pictures of her floor which was named after President Monroe along with other memorabilia from the experience.

“Each town had to solve a new problem every night.  One night ours was how to combine two schools.  They were all relevant problems,” explained Ruhl.

Ruhl is the daughter of Ryan and Kristen Ruhl who are both Exeter High School graduates.  Peytan’s grandparents, Butch and Barb Jansen, are both very active in the Exeter Legion and Auxiliary.

During the week-long event in Lincoln the girls got to hear a motivational speaker Aaron Davis, a former Nebraska Cornhusker football player who speaks all over the nation about leadership,  “He inspired us to live as leaders and have other kids follow us instead of us following them.”

The goal of the event is for high school students to learn about government and Ruhl talked about how they learned to campaign.  Each participant had to campaign for office during the week.  Ruhl campaigned for Mayor of the town that she lived in and while she didn’t get elected she was appointed the Assistant Director of Game and Parks.  Later in the week she got to meet the real person in the job she was assigned to and find out about how they do their job.

Ruhl reported that her favorite part of the week was visiting the National Guard, “We got to see helicopters and march around like we were in the military and they even yelled at us.”

Elected a governor for Girls state was also very educational for the students, “We narrowed down the candidates and then two of them had to debate about topics relevant to Nebraska.”

The elected governor was inaugurated by Nebraska Governor Dave Heineman.  The girls also got to hear a debate between Senate candidates Ben Sasse and David Domina.