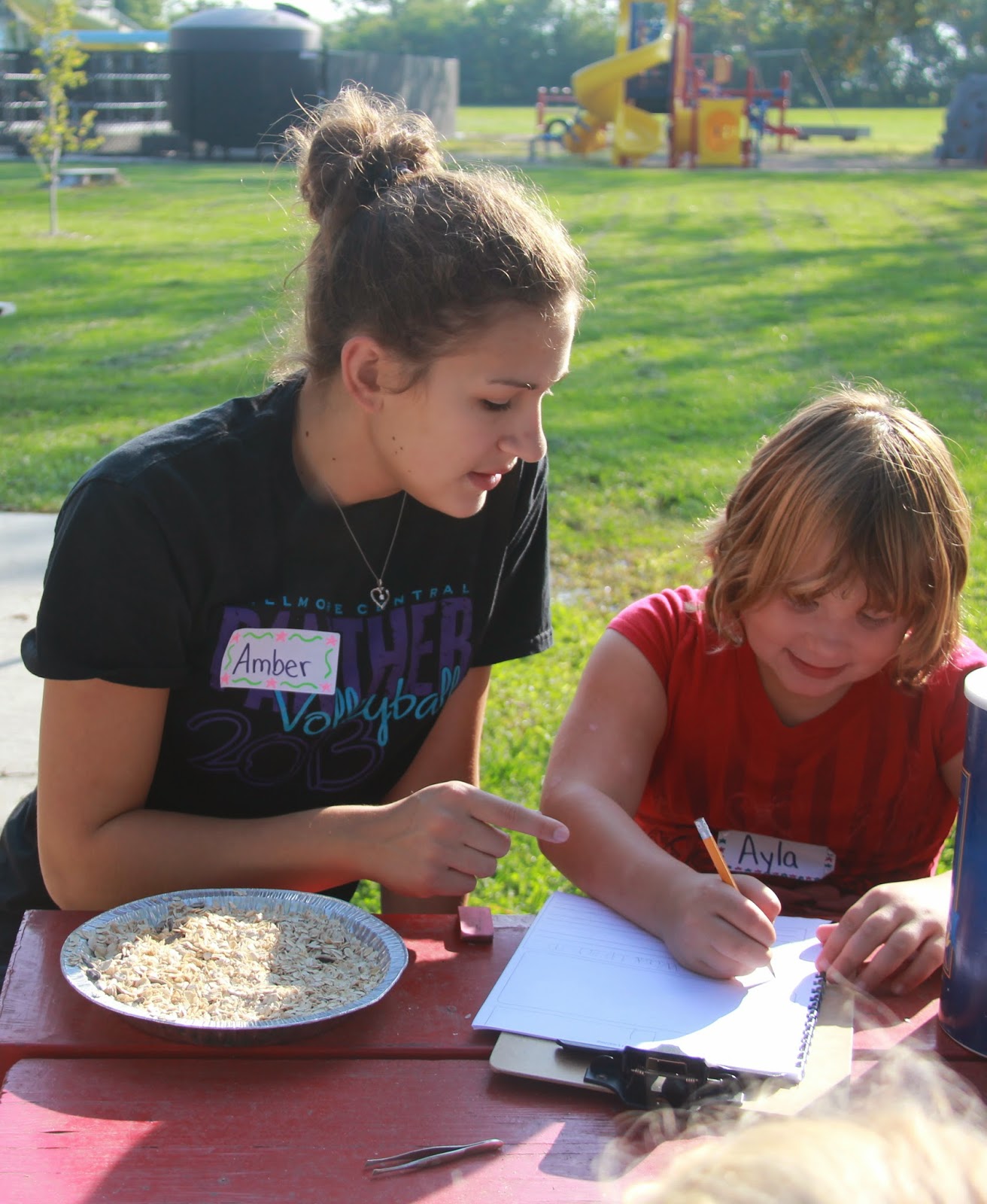 Amber Pribyl (left) helps Ayla Kahler fill out her journal after they learned about how birds eat at the Exeter-Milligan Outdoor Ed Day. 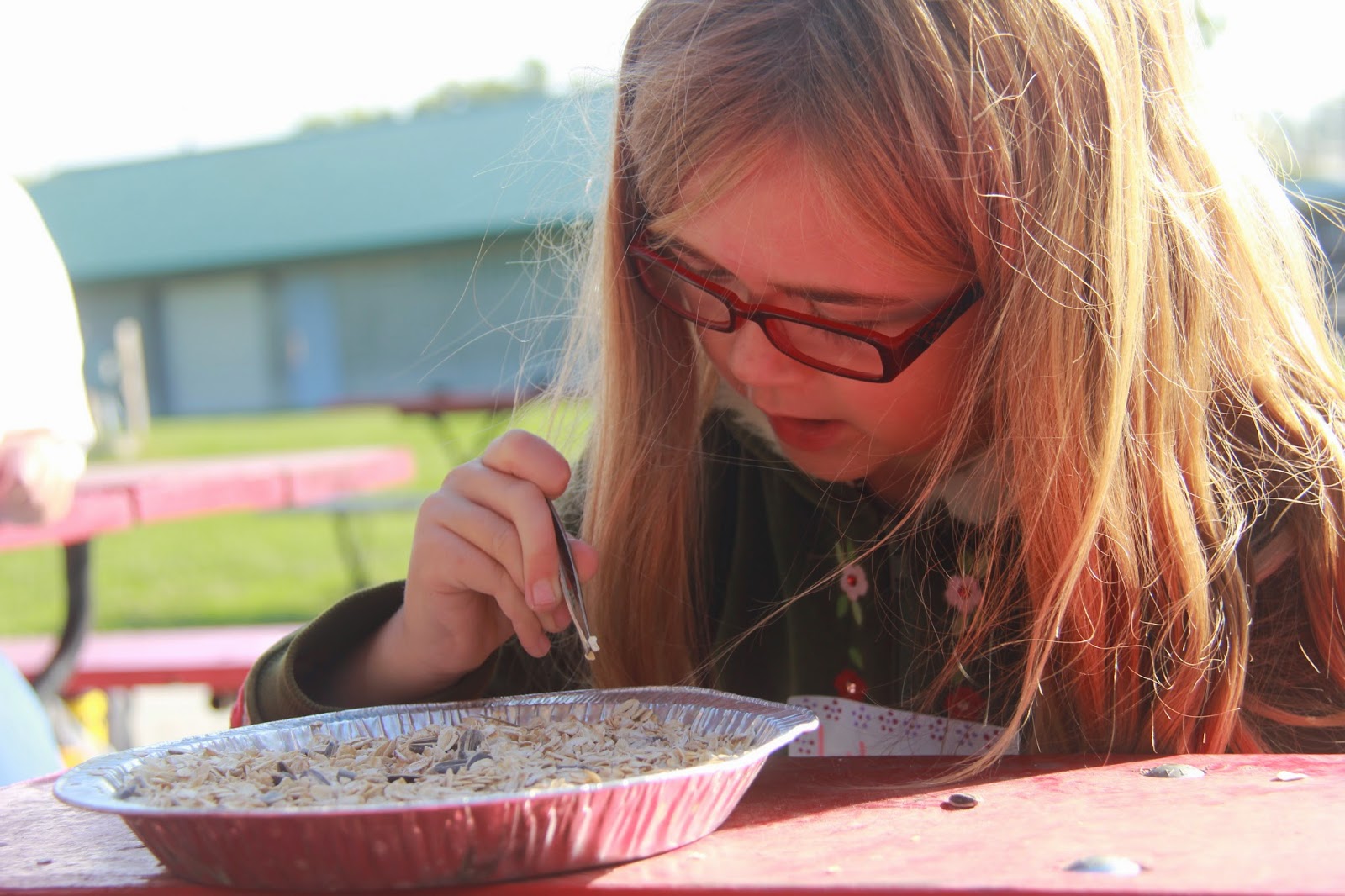 Liberty Johnson picks pieces of rice out of a pan of oatmeal learning how a woodpecker or smaller bird would find food. 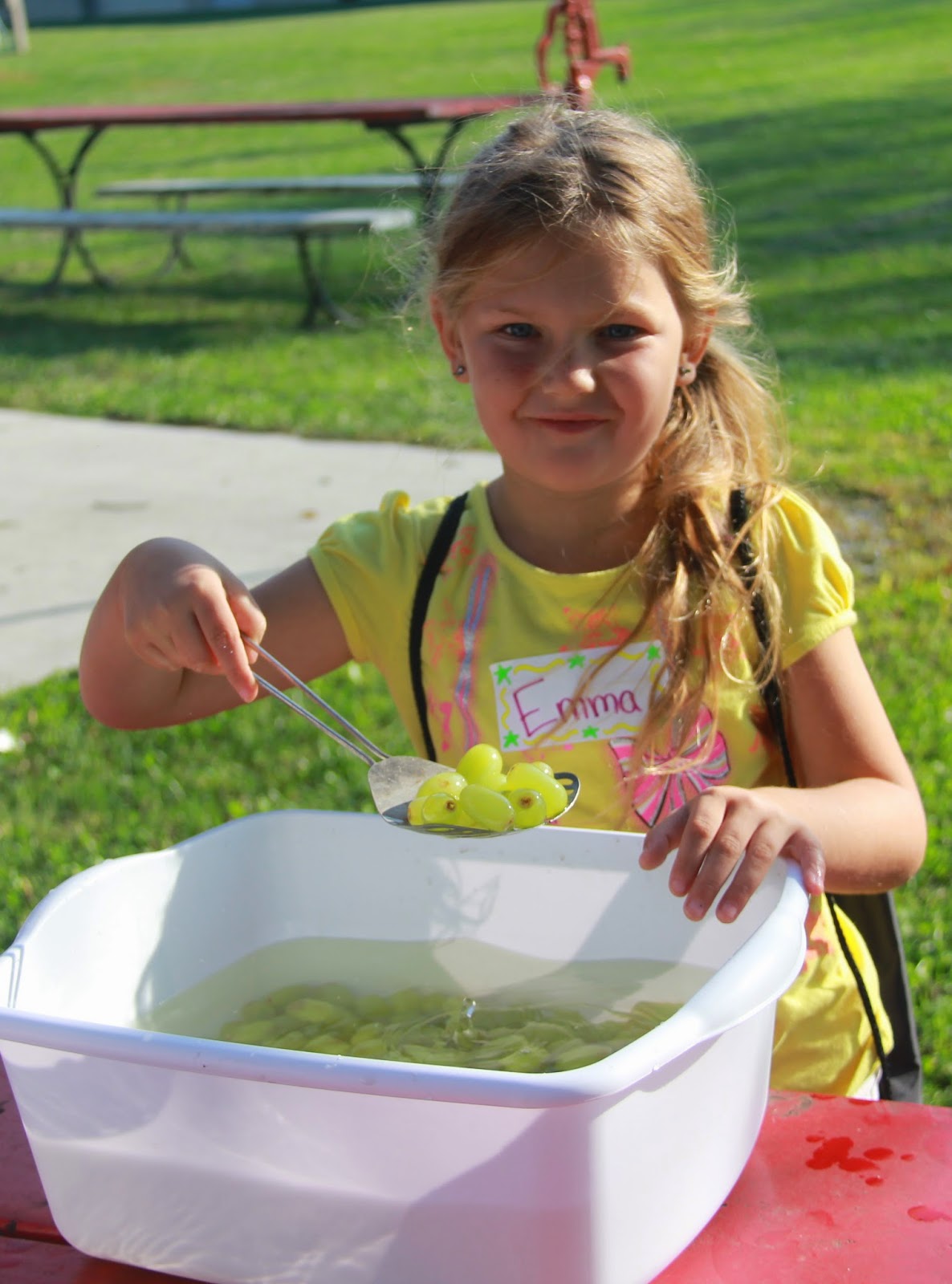 Emma Meyer scoops “fish” out of the water just like a pelican would at Exeter-Milligan’s Outdoor Ed Day.

The Exeter-Milligan second grade class got an extra day of summer this year.
The students thought they spent all day Friday, September 26th playing in the park but in reality they learned all day long.

The annual Outdoor Education Day has paired Marla Weber's second graders with the 11th graders in Lorie Sliefert's Biology II class to learn from each other for a day each fall.

This year was a little different as Sliefert only had one student in her class, Janey Due.  Due, was in the second grade class that Weber introduced the program to second graders 10 years ago.

Sliefert decided to invite her Physics students to participate and they were eager to prepare for the event since they had taught at the event the prior year.

The second graders created an “ocean” in a bottle with water, oil, shells, sand and food coloring along with making a rainstick.

The students started the day by measuring their shadow and then had another measuring session right before their day ended.  They learned about why their measurement was shorter at the end of the day.

During the day the students learned about the growth rings on a tree and then made the comparison to their own life, making a drawing of the different stages of growth in their own lives.

Another game the students enjoyed is called bat and moth.  The bat is “it” in this modified game of Marco Polo and the bat is looking for the moth.  They also play a version of the game where some of the moths have ingested DDT and if the bat gets those moths then it dies.  This helps the students understand how dangerous chemicals can be.

“TIME is always the aspect that challenges students. Grade 2 students are challenged to complete their journal writing in the limited time,” according to Weber.

This year having the event on a shortened day limited the amount of time the students had for the scavenger hunt.  Next year Weber hopes to extend the scavenger hunt and use handheld GPS units to add an extra learning step to the hunt.

Another new component to the event this year was the invitation to the second graders parents to come at various times during the day to observe the activities their children were participating in.