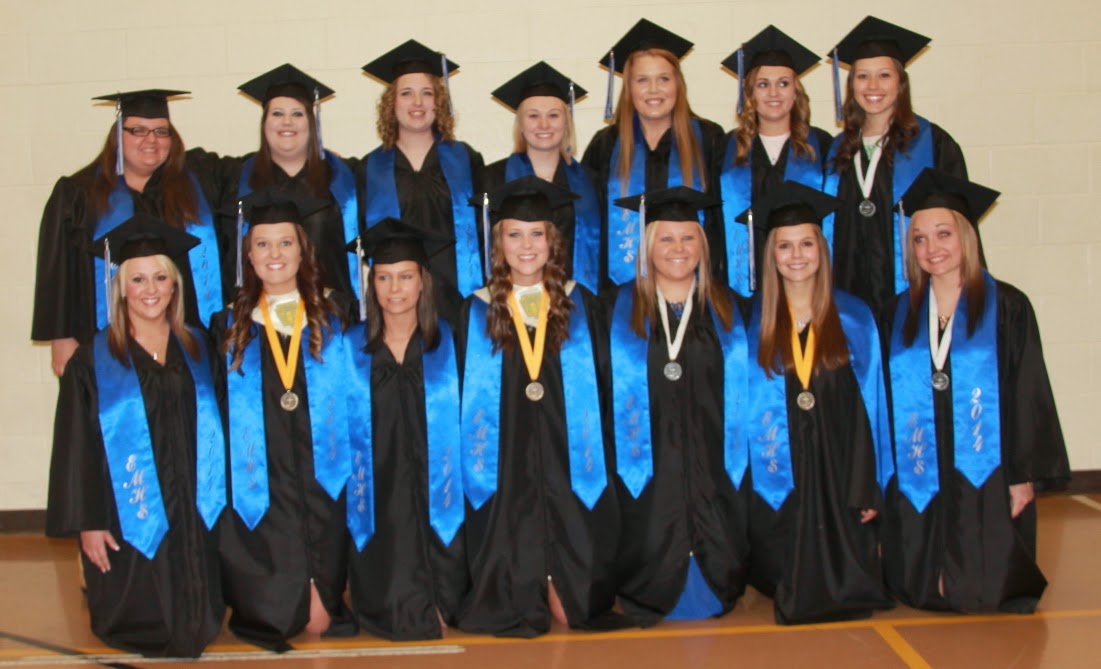 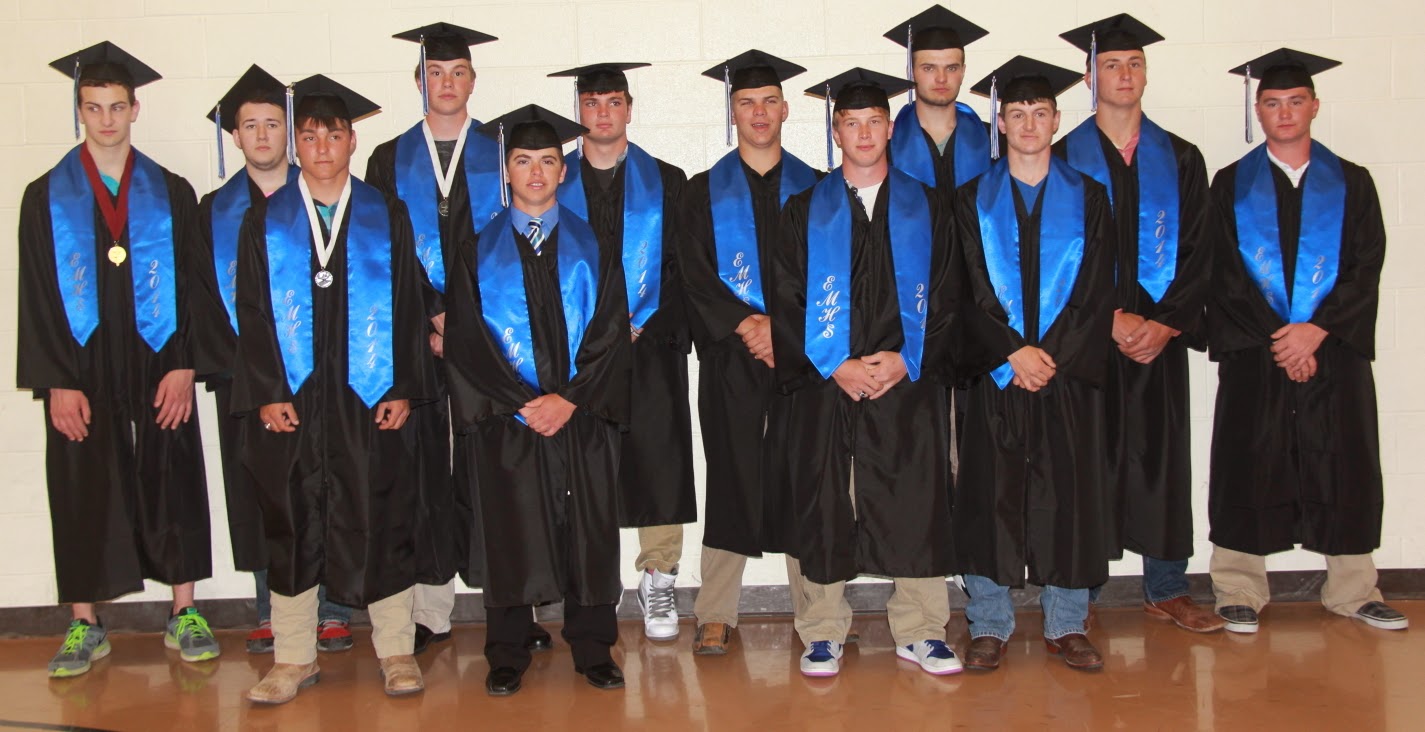 The seniors walked into the processional played by Jordyn Brandt and Ella Wilkins before Brooke Manning welcomed those in attendance.

The senior video was played which also shared the class motto spoken by Abraham Lincoln, "It's not the years in your life that counts, it's the life in your years."

Erica Yound and Kylie Briske alternated on stage sharing some of their senior memories.  Briske shared, "It took two villages to raise the 26 of us and we are thankful for all of the support you have given us."

The district then individually recognized the 8th grade graduates before presenting the class of 2014 and awarding their diplomas.  Dr. Sharon Kuska presented the diplomas for both the 8th grade and the seniors.  The class was presented before Toni Bossaller gave the closing remarks.

The seniors presented their parents with flowers and were also escorted out by their parents.
Posted by Leesa Bartu at 11:49 AM