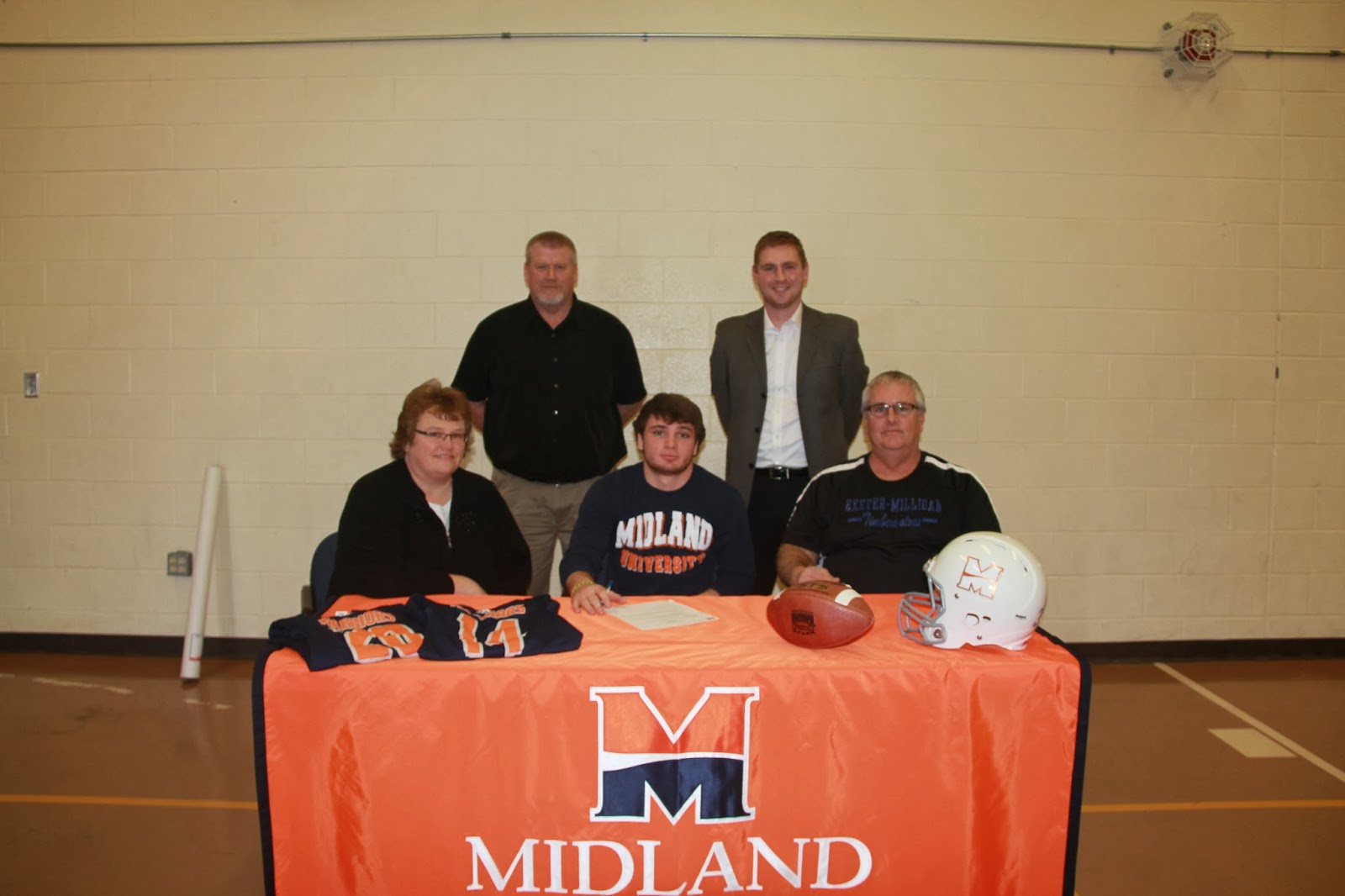 
Exeter-Milligan Football standout Taylor May signed to play football at Midland Lutheran in Fremont on Thursday, February 13th.  May was welcomed into the Midland fold by Assistant Football Coach Brad Vonnahme.

May chose Midland because “It felt like home. It’s just an hour and a half away and everyone in the football program made me feel like I was already part of the team.”

“Exeter-Milligan really prepared me for this next step.  It was the little things that Coach Dean Fillipi helped me with that made the difference,” explained May.

He also mentioned the advanced technology options that Exeter-Milligan offers students including the one to one laptop initiative which he felt gave him an advantage when looking at college options.

Coach Vonnahme “knew that it was a mutual interest from the first meeting with Taylor.  We could tell he was our kind of guy with the amount of work he put in during his junior and senior year.”

“Taylor is the kind of guys we are looking for who are the full package.  He is very well rounded and it was an easy decision to invite him to be part of the team.”