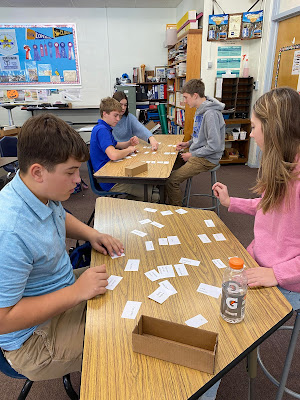 Cohen Harre and Sydney Engert team up to put the correct information under each of the three branches of government. At the far table, Truman Milton, Brooklyn Oldehoeft, and Adrien Mueller work on their set. 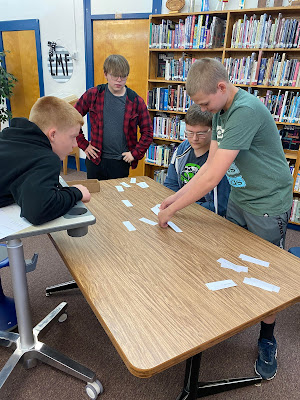 In Mr. Murphy's social science classes, numerous topics are being covered. After talking about early American history, the eighth graders are preparing to take the citizenship test. Freshmen Geography is preparing to discuss United States geography. Modern History class is focusing on the Cold War's influences on history. This semester, United States History for dual-credit was offered at Exeter-Milligan. Three students are taking the class for high school and college credits. Next semester, an American Government class will be an option for juniors and seniors to earn dual-credit.