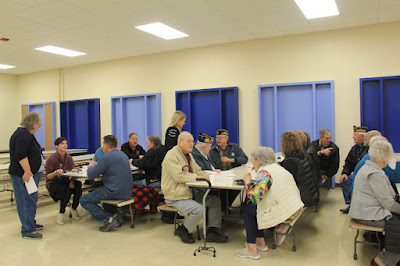 Veterans were invited to a breakfast prepared by the kitchen staff and hosted by the National Honor Society members.

The Exeter-Milligan school community honored their veterans in the Exeter site gym on Friday, November 11.

The morning’s activities began with veterans and their wives invited to a brunch in the Exeter cafeteria hosted by National Honor Society members.

The veterans walked by a wall of artwork thanking them for their service on their way to the gym and then were encouraged to each take an envelope which contained a thank you note written by the kindergarten class.

The audience was welcomed to the program by Marcus Krupicka and the pledge of allegiance was led by Olivea Swanson.  The Exeter-Milligan junior and senior high band together performed “Sweet Land of Liberty and “America the Beautiful.”

Conway shared a little about her service with the audience and then talked about the challenges that women in the service have faced, including some who served in the Revolutionary War and Civil War disguised as men so they could fight for their country.

She gave several significant dates in the changes for women who wanted to serve.  It was 1917 before women were allowed to enlist and 2013 before the ban on serving in combat was lifted.

She noted that 300,000 women served in the war on terrorism in Iraq and Afghanistan.  She added that “The war on terror helped us understand how unique our lives in America are.”

She encouraged the audience to preserve what was fought for by “putting their freedoms in action by voting and speaking out against injustices.  Teach your children what it means to be an American.”

She also reminded those present to “Thank a veteran today, but do it again tomorrow.”

She closed by reiterating the struggle for women in the military stating, “We have paved a long road and there is no end in sight to our road.”

The Exeter-Milligan junior and senior high choir performed “We Remember” and “God Bless America” before the band recognized each branch of the service with “America’s Finest (A Musical Tribute to the Armed Forces).”

Morgan White closed the program thanking the veterans for their service and those who attended. 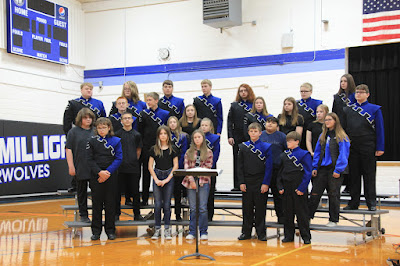 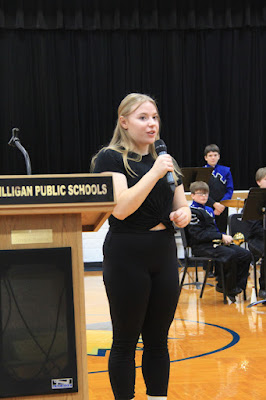 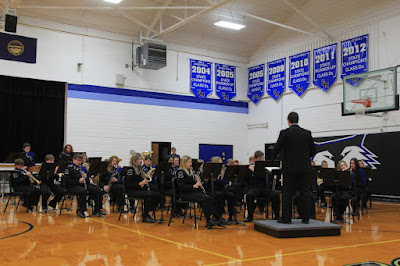 The Exeter-Milligan band plays under the direction of Mr. Mark Perez at the Veteran’s Day program. 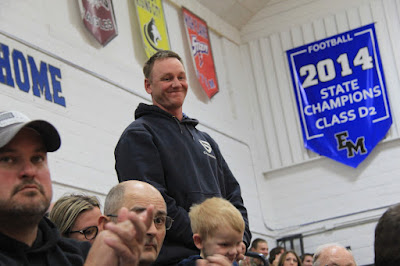 Marine Corp veteran Anthony Due stand when “The Marine’s Hymn” is played by the Exeter-Milligan band at the Veteran’s Day program. 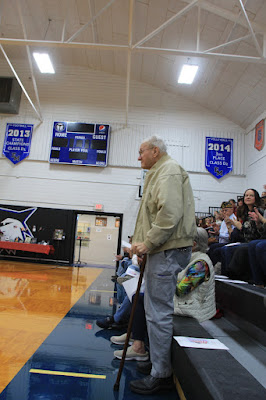 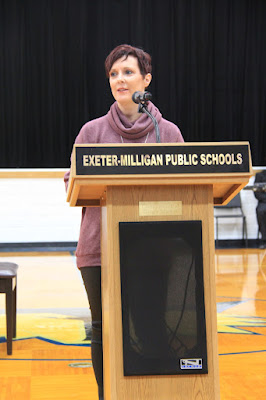 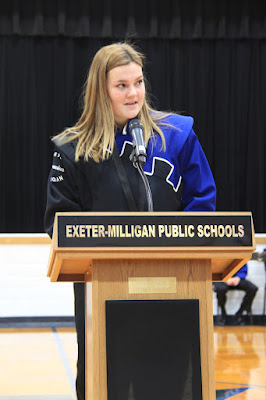 Senior class member Olivea Swanson leads the audience in the pledge of allegiance at the Veteran’s Day program. 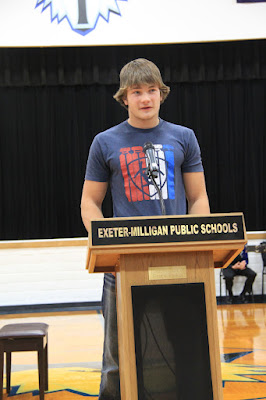 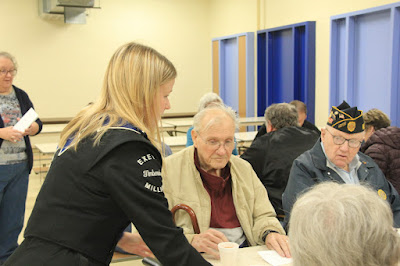