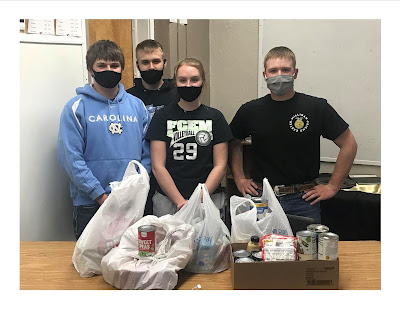 The Exeter-Milligan junior class recently ended their food drive as part of a civic engagement lesson in American government class.  The donated items will be given to the food pantry in Geneva. Pictured from L to R: Peyton Pribyl, Kole Svec, Briana Capek, & Casey Underwood.