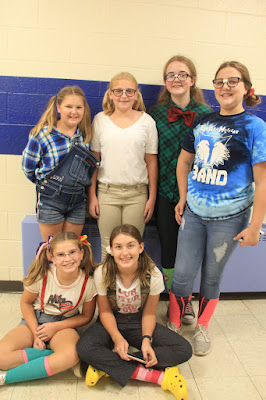 The nerds were everywhere at Exeter-Milligan on Thursday.  This group of junior high girls embraced their inner nerd.  Pictured front from the left are Kierra Papik and Lily Jeffries.  Back row from the left are Emma Meyer, Joleen Vossler, Liberty Johnson and Taylor Pribyl.

Exeter-Milligan celebrated Homecoming last week and the decorated hallways along with the elaborate costumes were evidence of the excitement in the student body.  The theme for the week was “Born in the U.S.A.”

On Monday, it was twin day and everyone found a twin (or a triplet or even all the boys in a class).  Tuesday was decade’s day and each class was assigned a different decade with staff members dressing in the year of their high school graduation.

Wednesday was character day and there were some creative costumes.  Allstate’s “Mayhem” was roaming the halls in Milligan, in Exeter, Goofy, Alvin and the chipmunks and Sylvester were present.

Thursday brought out everyone’s inner nerd and the junior/senior high girls really knocked it out of the park. They definitely embraced their mismatched clothes, suspenders holding up their pants along with lots of tape on their glasses.

Friday was spirit day with Bobcat gear and facepaint. There was a pep rally downtown in the afternoon to get the crowd ready for the Homecoming football game against Thayer Central.

The Homecoming attendants were introduced and the senior athletes all had the opportunity to speak before there was a rock, paper, scissors competition between the classes, faculty and community members.  When all the cutting, covering and smashing were finished, History teacher Mr. Brian Murphy emerged as the champion.

The afternoon wrapped up with ice cream cones donated by Greg’s Market in Exeter. 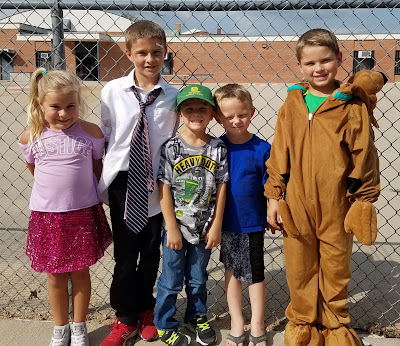 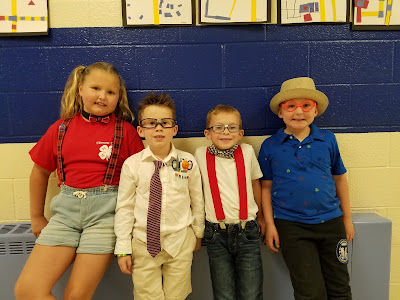 There were quite a few nerds in the elementary at Exeter-Milligan.  Pictured from the left are Piper Grummons, Willie Lock, Archer Engert and Anton Classen.
Hoco1 –
Hoco2 –
Hoco5 –
HoCo 6 –
Hoco 16 – .
Hoco 21- 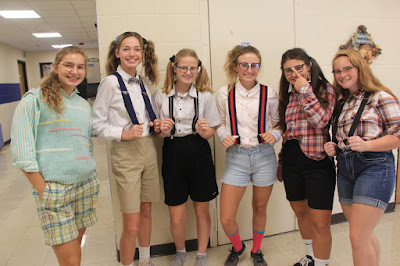 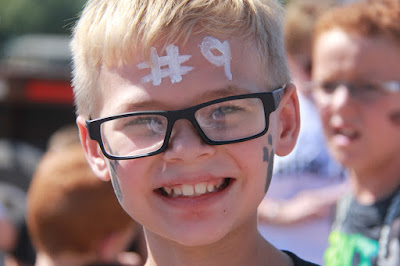 Tucker Svec got all painted up to support his brother, Kole Svec, #9 on the football team. 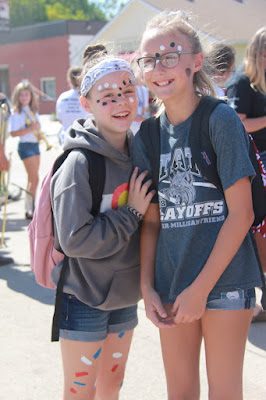 Bobcat spots are going around at Exeter-Milligan.  Alivia Luzum, left, and Kaydence Haase acquired a case of them on Friday for spirit day. 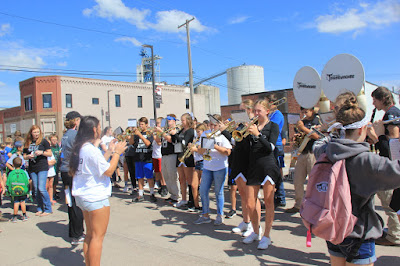 The band played at the pep rally, 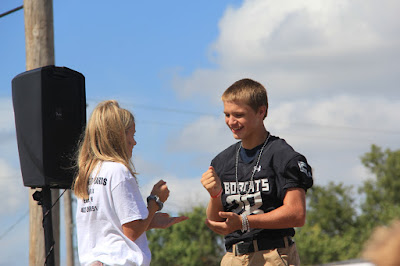 The competition was fierce for the Rock, Paper, Scissors contest between the classes.  Above Savana Krupicka (left) and Mikey Bartu battle it out for the seventh and eighth graders.  Below senior Ryan Sharp tries to beat junior Jaiden Papik. 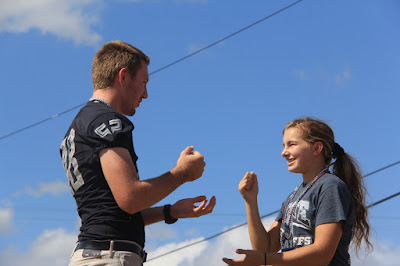 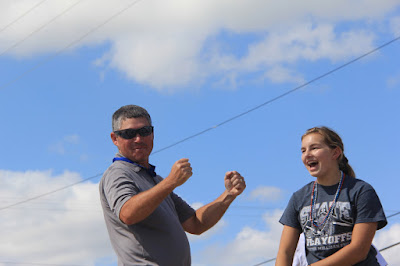 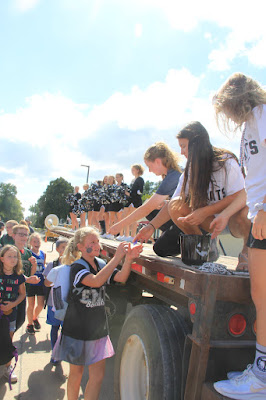 The cheerleaders passed out treats to all of the students who were recognized for their outstanding costumes for Homecoming week. 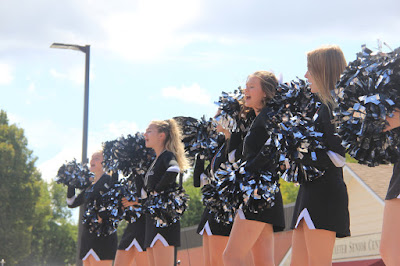 Exeter-Milligan cheerleaders led the crowd in a cheer at the pep rally on Friday afternoon.  From the left visible are Emma Olsen, Natalie Staskal, Daisy Kanode, and Maddie Luzum.