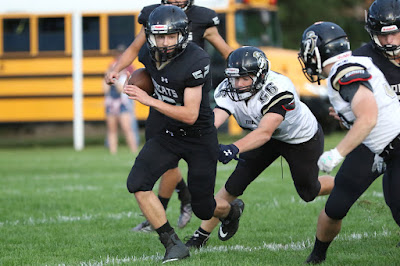 The Bobcats started out on top with Christian Weber on the quarterback keeper after a huge Max Zeleny run.  With 8:37 left in the first quarter it was 6-0.

Unfortunately Thayer Central's quarterback connected multiple times to his receivers and by the end of the half they were up 14-28.

The second half of the came started out with the Bobcats on the move with Jackson Beethe catching a pass in the end zone and Jindra running in the extra points bringing the Bobcats within 6 with 8:58 left in the third quarter.

The Titans tacked on another touchdown and then it was Jindra's turn. Back and forth again until the score was tied 42 to 42 at the beginning of the fourth quarter.

Thayer Central intercepted a Bobcat pass and two personal foul penalties on the Bobcats hurt their chances.  The Titans capitalized on them with 6:27 left in the game taking the score to 42-60 with Beethe batting down the pass for the two point try.
Jindra ran the ball in to the end zone for the Bobcats with 5:27 left in the game with Keegan Newsome the ball carrier for the conversion. Score was 50-60.

Thayer Central had one more stop in the end zone with the final score 50-68,  EMF Junior high and junior varsity teams will play Thayer Central in Hebron on Monday.  The Bobcats have a bye week and will meet Osceola High Plains in Clarks on Friday, October 4. 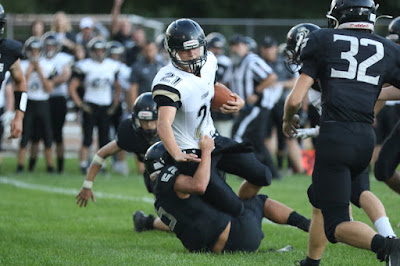 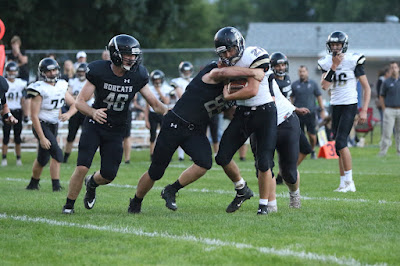 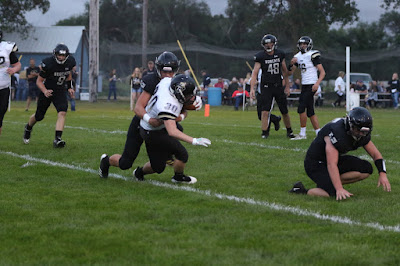 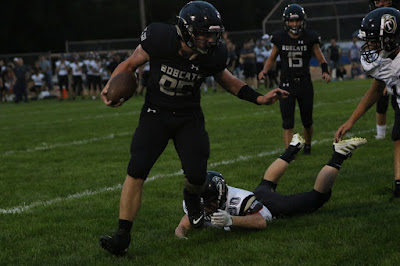 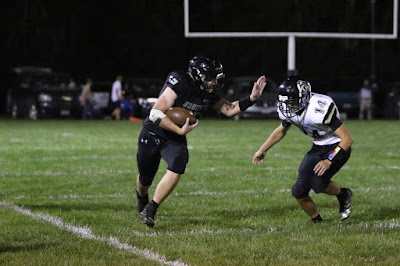 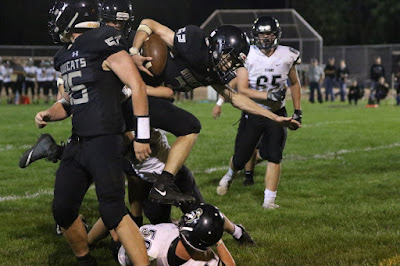 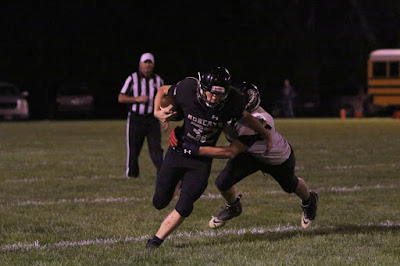 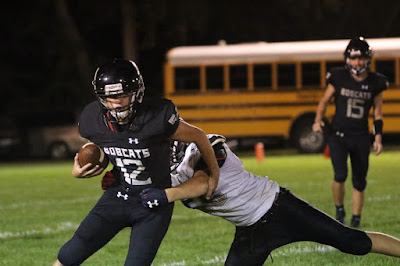