EMF loses close one at Palmyra 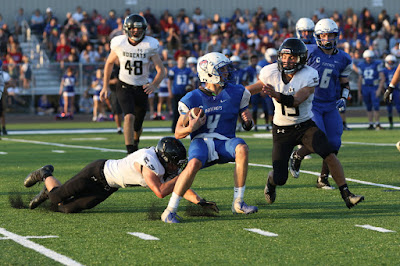 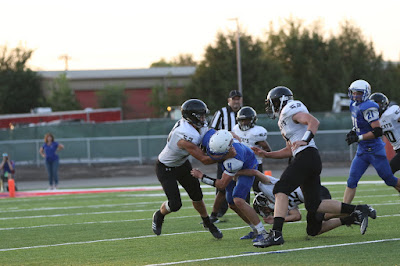 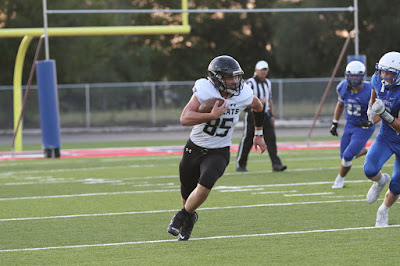 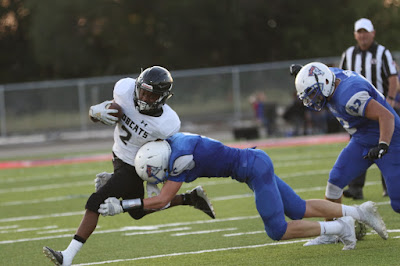 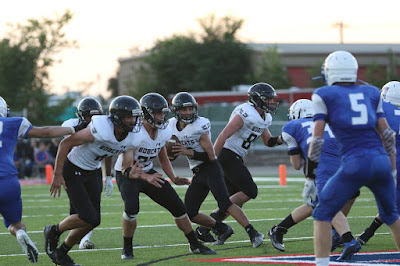 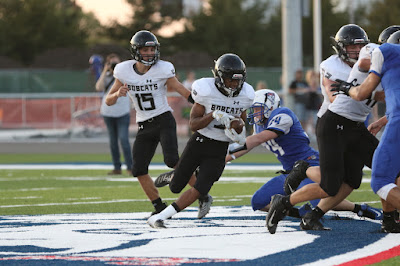 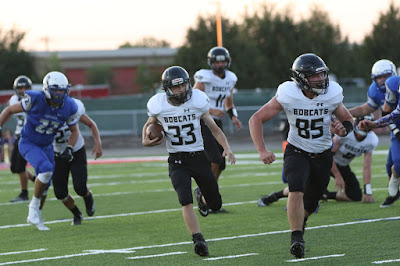 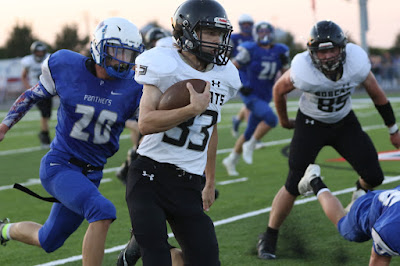 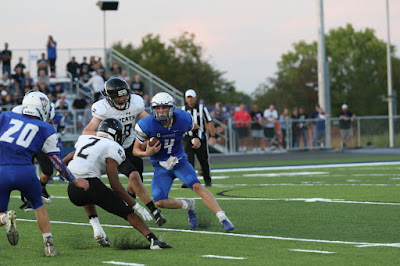 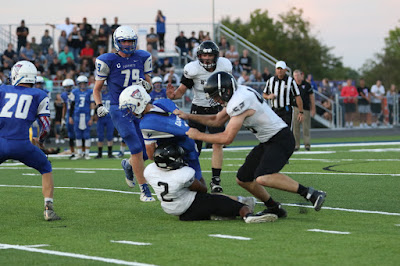 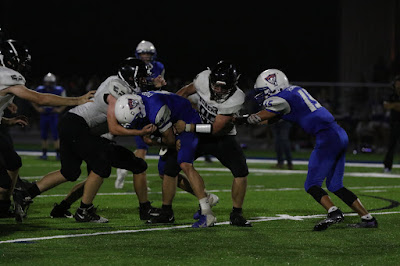 Exeter-Milligan Friend found themselves in the hole when Palmyra fumbled twice on an option but recovered their own fumbles and kicked a field goal with 7:54 left in the first quarter 0 - 3
EMF fumbled on their next wet of downs and turned over to Palmyra.  EMF made a big stop on the Palymra fourth down and converted that turnover into six points when Baptista broke loose for a long run.  A Weber pass to Beethe tacked on two more points with 1:38 left in the first quarter 8-3
Palmyra found success in the air putting up six points and a kick 9:23 in the half. 8-10
EMF showed they had wheels when Jindra took the ball all the way in for six with 5:49 left in the half.  Weber ran in the two point conversion. 16-10
Palmyra intercepted a pass and took it for six with a good kick made the score 16-17 with 5:10 in the half.
The second half started with a defensive showdown.  It was 7:27 into the third quarter before Jindra struck gold with a run from 15 yards out but the two point conversion was no good.  22-17.
Palmyra got the ball down to 1 and had four attempts to get in the end zone -even calling in the "heavy" squad, but the Bobcats held them.  Unfortunately a fumble by the Bobcats in Palmyra territory set them up for six points.  Panthers added six and with 8:05 left in the fourth they completed a two point conversion making it 22-25
Baptista took a few snaps for the Bobcats on offense as did Zeleny.  On defense with just a few minutes left Weber tipped a Panther pass and Zeleny caught the ball and ran it downfield.  Unfortunately on a subsequent play the ball was fumbled and Palmyra recovered it.
Final score 22-25 Palmyra wins.