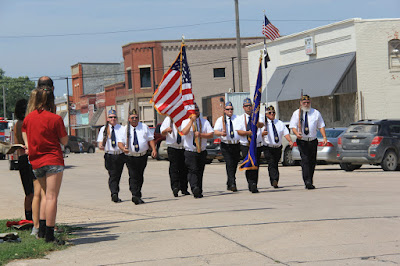 The flag led the way carried by the Exeter American Legion and Sons of the Legion members. 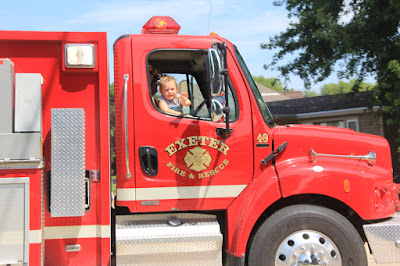 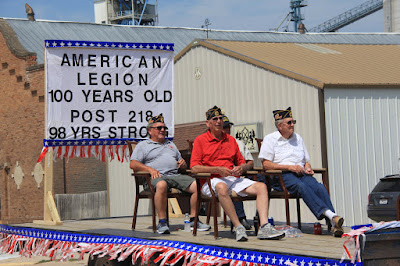 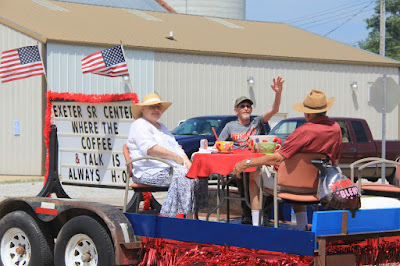 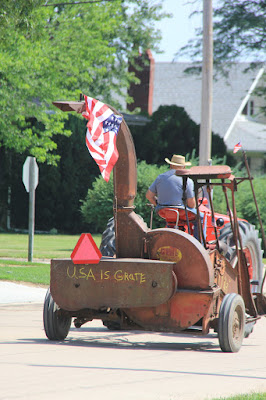 Tom Weber of Friend had a little extra message on the back of his old chopper. 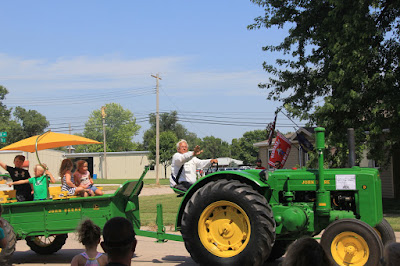 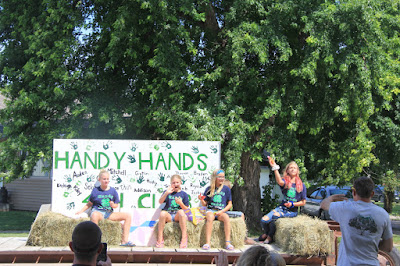 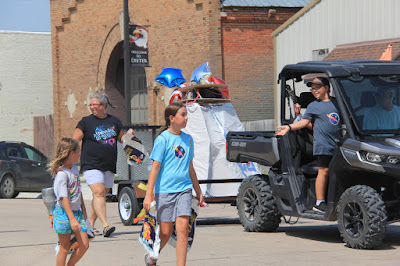 Participants in the Exeter Public Library summer reading program built a float based on their theme “A Universe of Stories” and handed out information during the parade.  Pictured from the left are Chezney Kanode, Librarian Lynette Trauger, Brooklyn Oldehoeft, Richard Hickman and Charles Trauger (driving). 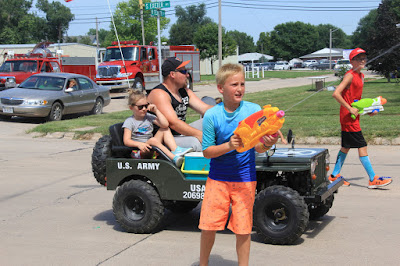 Below – Exeter-Milligan-Friend Girl Scout Troop 20703 tossed candy and their leaders also passed out Girl Scout cookies on the parade route.  Pictured from the left are Kendyll Tomlinson  Brooklyn Oldehoeft and Chezney Kanode. 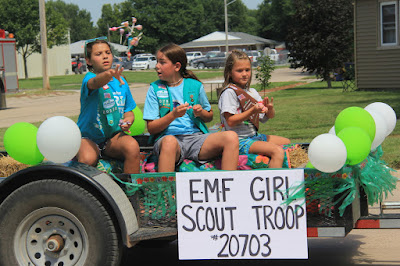 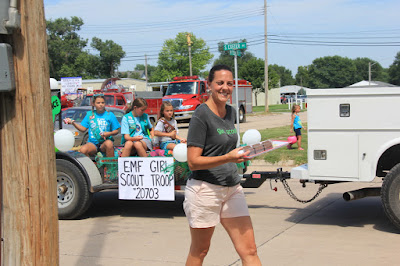 Girl Scout Leader Kendra Oldehoeft passes out Girl Scout cookies through the parade route.
Posted by Leesa Bartu at 11:23 AM