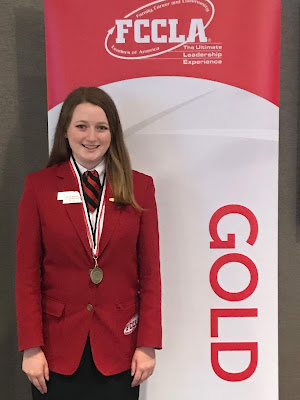 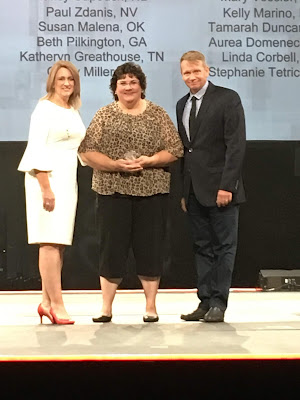 Family, Career and Community Leaders of America’s (FCCLA) largest National Leadership Conference was held in Anaheim, California June 30-July 4. More than 8,700 attendees gathered to expand leadership skills, sharpen talents, explore career pathways, and listen to inspiring speakers. Nebraska FCCLA was well represented by over 350 students, advisers, and guests.
This year’s conference theme encouraged participants to “Believe in Yourself” through competing in Competitive Events, running for office, partaking in Leadership Academy, and continuing to make a positive impact within their families, communities, and careers. Attendees also had the opportunity to engage with Red Talks, attend the Ford Driving Skills for Life event, learn about potential career and college opportunities at the EXPO, and interact with leaders from across the nation.
“It is always inspiring to watch so many young leaders come together and realize their full potential through competition, career training, and leadership workshops,” said Sandy Spavone, Executive Director of FCCLA. “This National Leadership Conference was a great success thanks to the National Board of Directors, National Staff, National Executive Council and their advisers, as well as the students, advisers, and organization’s supporters.”
Madeline Wittstruck from Milford High School was one of ten national officers elected to serve on the Family, Career and Communities Leaders of America’s (FCCLA) National Executive Council at the National Leadership Conference. Madeline will be serving as FCCLA’s Vice- President of Finance throughout the 2019-2020 year. Joyce Potthoff serves at the Milford FCCLA Chapter Adviser.
Twenty-eight National Officer Candidates took part in the National Executive Council election process as they underwent intense interviews, a FCCLA knowledge test, and presented a prepared speech on-stage during the five-day conference. The FCCLA Leadership Academy develops leadership, employability, and 21 st Century skills and gives members the opportunity to be recognized for their personal growth efforts. Through the program, members are given the opportunity to explore and practice essentials for the roles of family member, wage earner and community leader. The eight members of the Nebraska FCCLA State Officer Team participated in the Leadership Academy including: Sydney Erickson, Pierce; Makenna Welke, O’Neill; Alexis Cherry, Twin River; Caitlin Murphy, Exeter-Milligan; Sydney Schildt, Milford; Jaiden Johnson, Bloomfield, Alyssa Bell, Milford; and Irelynd Pearson, Twin River.
Mary Lou Vossler, a Family and Consumer Sciences teacher at Exeter-Milligan Public School, received the 2019 Spirit of Advising Award. This is an honor bestowed on only one FCCLA Chapter Adviser from each state.  Kristin Vest, State Adviser for Nebraska, nominated Vossler due to her exemplary advising. This award is based upon the ability to recognize chapter advisers who are constantly faithful and often quietly working behind the scenes to ensure the success of their students.
In addition to the many learning and networking experiences offered at the conference, more than 30 Family and Consumer Sciences related competitive events, also known as STAR (Students Taking Action with Recognition) Events. Events aim to support student development of knowledge and skills by enhancing the classroom experience and career pathway initiatives by equipping students with employable skills and industry insights needed to thrive in the 21st century.
FCCLA members choose what STAR Event they would like to compete in, events vary from Early Childhood Education, Entrepreneurship, and Sports Nutrition to Fashion Design, Job Interview, and Culinary Arts. STAR Events are competitive events in which members are recognized for their proficiency and achievement in chapter and individual projects, leadership skills, and career preparation.
Of the 4,700 competitors, Nebraska had 167 participants who came home with 96 Gold medals, 60 Silver Medals, and 11 Bronze medals and had multiple individuals and teams score in the top 10 nationally. Nebraska members brought home 56 Top Ten award winning events. The Top Ten award winners nationally include: