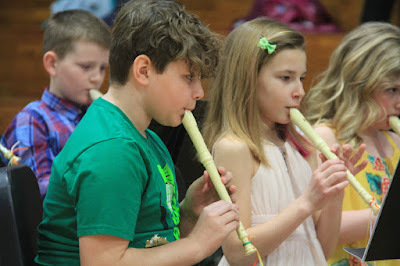 RJ Clevinger and Addison Foutch focus on playing their recorders at the Exeter-Milligan Spring Elementary concert.

The presentation, held on March 12 in Milligan, focused on the theme of recycling.  The students embraced the theme and shared artwork they had created with recycled items including “The Recyclops” who stood over five foot tall.  Mrs. Lisa Kanode, art teacher, displayed all of the artwork in the gym.

The evening began with the fifth grade band playing “March Across the Seas” before they were joined by the sixth graders to play “Banana Boat Song” and “Indigo Rock.”

Mrs. Angie Murphy, director, introduced the students who participated in the Bruning-Davenport music contest and presented their ribbons to them.

The sixth grade band played “See, the Conquering Hero Comes” and the third and fourth graders performed “Salamander Step Dance” on their recorders.  Cheyenne Krupicka was a soloist for the recorder piece.

The concert opened with all of the students singing “It Starts With Me” about how they are each integral to saving the earth.

The kindergarten, first and second grade class sang “What Do You Do With A Water Waster,” “It’s Easy Bein’ Green,” “Clean Up Our World,” and “Nature Baby.”

The third and fourth grade class were next and brought their homemade recycled instruments on stage when they sang “Shut It Off,” “The Recyclops,” and “Earthlings Unite.”

The fifth and sixth graders took the stage to sing “Tomorrow Needs Us,” which featured solos by Carter Milton and Lily Jeffries.  They also sang, “My Planet, Your Planet,” which featured Jonah Geiger, Kierra Papik, Tucker Svec, Selah Petersen, Joleen Vossler, Emma Meyer, Kaydence Hasse, Alexis Saatmann, and Kiley Oldehoeft.  They finished their portion of the program by singing “She’s Our Planet.”

The kindergarten through sixth grade sang the finale “Agents of Change” together. 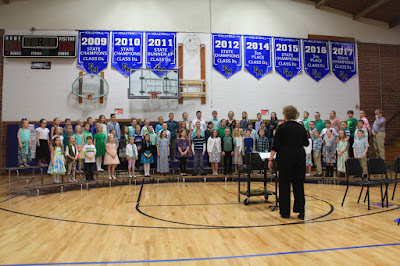 The Exeter-Milligan Elementary sing at the spring concert. 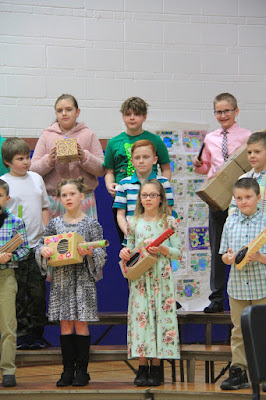 The Exeter-Milligan third and fourth graders played the instruments they made out of recycled items at their spring concert. 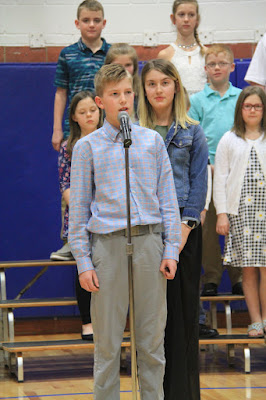 Above - Carter Milton and Lily Jeffries sang solos during “Tomorrow Needs Us.”

Below -  Tucker Svec was featured during the performance of “My Planet, Your Planet.” 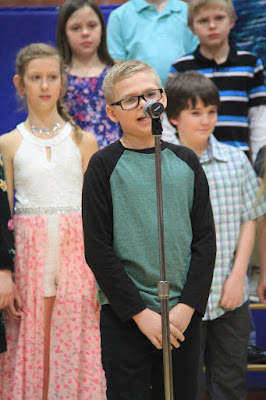 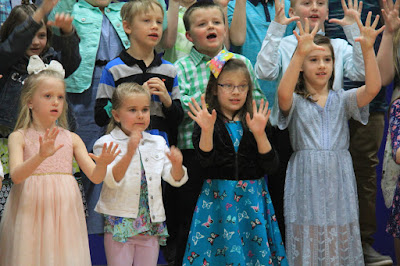 Above – Kindergarten, first and second graders sing at the elementary concert.
Below – Mrs. Murphy high fives her students after the concert, congratulating them on an excellent program. 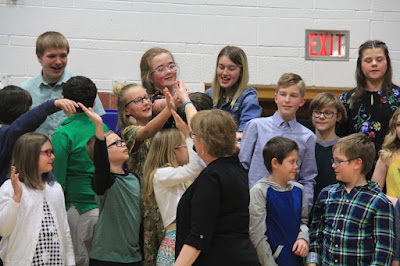