Bobcats Top the Warriors in Second Round Playoff Action 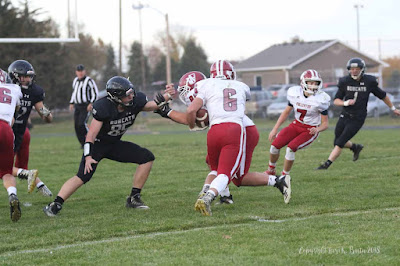 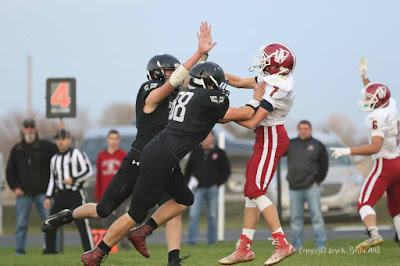 On their first possession the Fullerton Warriors tried to show their strength, but Exeter-Milligan/Friend turned it around with an interception on the Warriors fourth down.

EMF wasn't able to capitalize on that interception and went three and out.  Fullerton got a break and found the end zone with 6:14 left in the first quarter.  They tacked on the two point conversion as well.

Not to be outdone, on the EMF first down, Mitchell Manning took the ball downtown for six points and Max Zeleny caught a Spencer Pribyl pass to tie the game up at eight.

Fullerton responded with a big pass in the end zone to add on six more points with 3:29 left in the first quarter.  14-8

The Bobcats couldn't let that slip by so Pribyl tossed one down to Zeleny near the end zone and on the next down Pribyl kept the ball for eight more topping the Warriors 16-14 with 1:34 left in the quarter.

Edwin Baptista started the second quarter with a huge run into end zone for six.  Under pressure Pribyl hit Manning for the two point.24-14

Fullerton fought back with a big pass in the end zone but the two point was denied as Pribyl sacked the quarterback.  24-20 2:08 left in the half.

The Bobcats weren't done with the half yet and with seven seconds left on the clock Pribyl tossed the ball to Bossaller who with a Warrior in his face bobbled the ball but managed to hang on to the six points.  Baptista caught the two point conversion.  32-20 at the half.

After an EMF fumble that was recovered by Fullerton Colton Bossaller intercepted a Hunter Haughton pass and ran it down near the EMF 15.

Manning finished off the run for six and Bossaller caught the two point bringing the score to 40-20.

Fullerton fought downfield after starting the drive on the EMF 3 and punched it in for six 40-28.  They tried to get possession of the ball with just three minutes left on the clock by kicking an onsite kick but after a high bounce Pribyl grabbed it and the Bobcats ran down the clock for 40-28 finish. 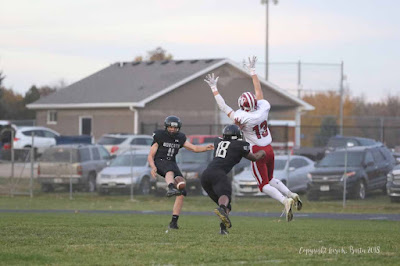 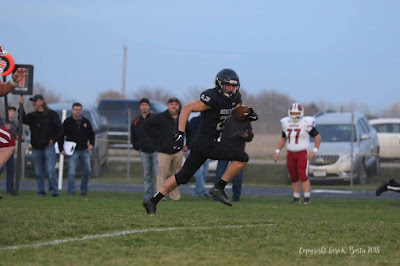 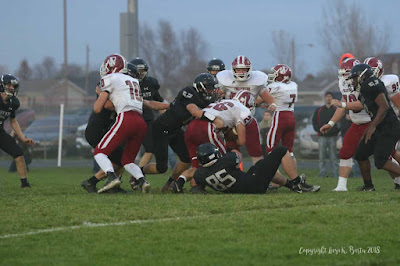 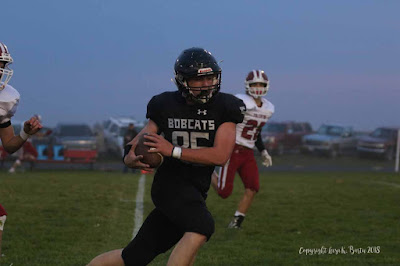 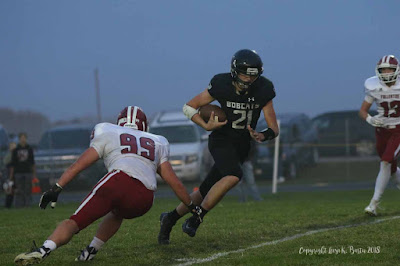 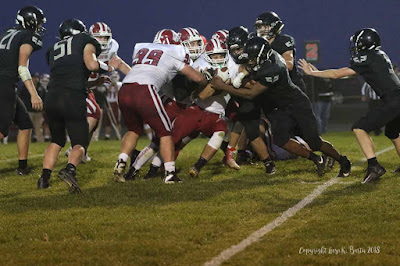 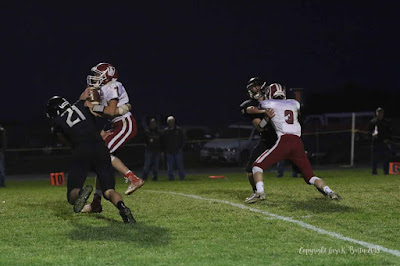 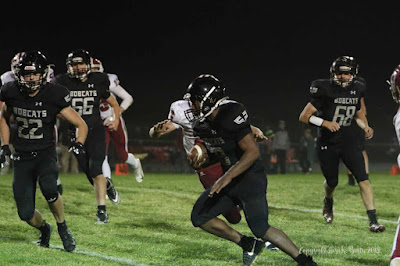 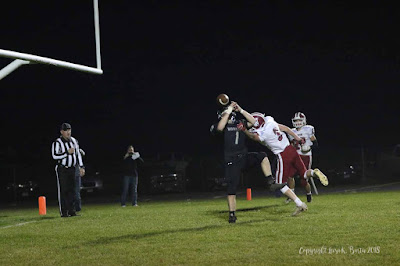 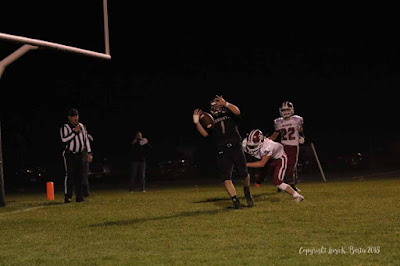 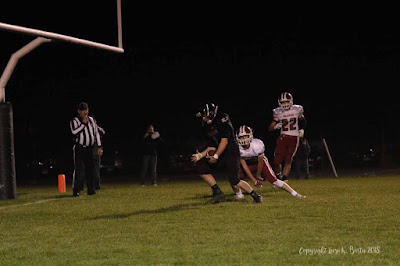 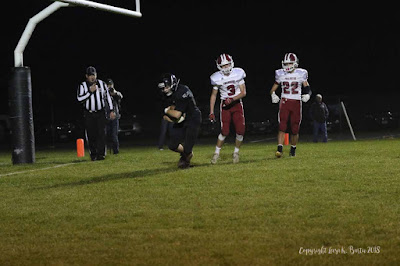 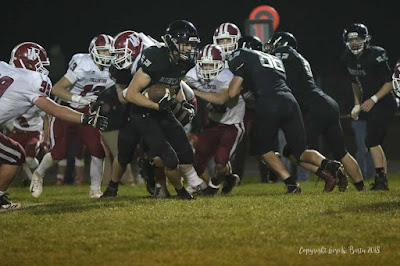 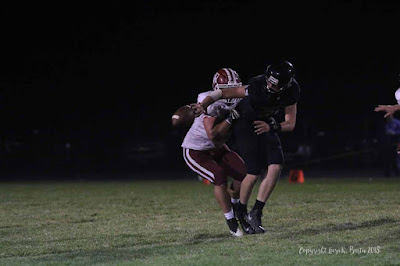 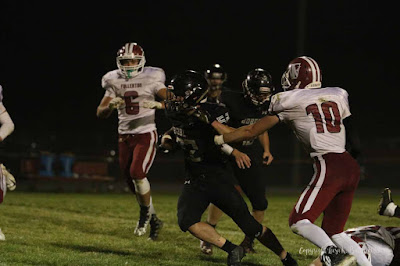 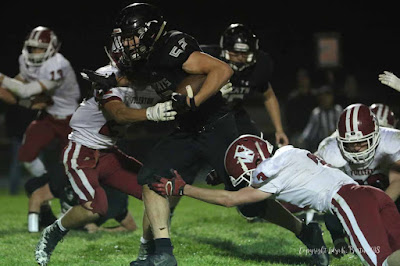 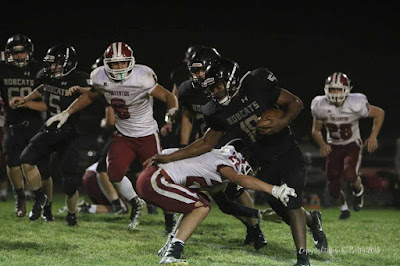