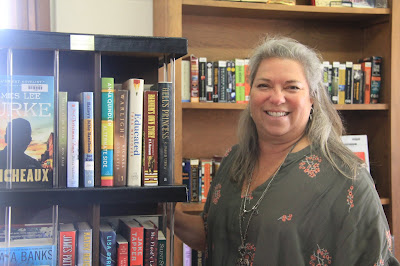 Drop in to the Exeter Public Library and meet the newly hired librarian, Lynette Trauger.
Trauger has served on the library board for the past three and a half years in Exeter but she has “always been a library user.”

Although she has only lived in Exeter for about five years, her husband, Charles Trauger is an Exeter native.  They lived in Omaha for a number of years but decided to return to his home a few years ago.
She isn’t new to the librarian scene as she volunteered in the school libraries of her children.  She hopes to share some of her experiences there and adapt them for the Exeter library.

Already she is making an impact in the downtown area by keeping a chalkboard sign updated with new library hours and funny quips on main street to draw the community into the library.  Other changes include a noticeable straightening up and rearranging of books and furniture in the library.

Her plans include offering a story hour for young children and also a family night.  The library board is eager to complete a renovation of Storybook Park by the spring.  Trauger hopes to add a small free library in the park someday.

“I want to start community programs for the library to become what the community wants it to become. Libraries are changing.  They are becoming a community resource instead of just about books anymore,” Trauger added.

Trauger has created a survey about the library and is looking for feedback from the community.  The survey is located in various locations around town.  “Being newer to the community it’s scary.  You don’t know how that’s all going to work yet. I still don’t know a lot of people.”

The biggest challenge at the library, according to Trauger, “is keeping a variety here for everyone.  If the regular users can’t find new items to check out they won’t come.  I want to keep the curiosity going along with a good variety but the challenge is to do it on a limited budget.”

Since she has been cleaning and purging old books and media, Trauger will be having a big sale of items during the Exeter Avenue Holiday Sampler on October 6.

Trauger enjoys reading a variety of books in her spare time and includes painting, drawing and remodeling houses in her list of hobbies.   And while she doesn’t have a favorite author she was very firm about liking to read fiction, “Because reality is sometimes no fun.”

When she is not at the library you may find her enjoying time with her family or driving a grain truck and helping with the family farm just outside of Exeter. 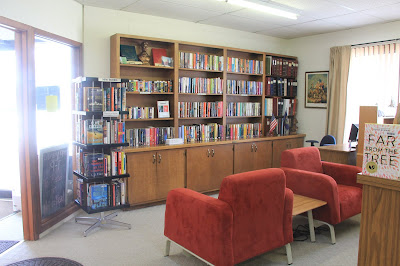 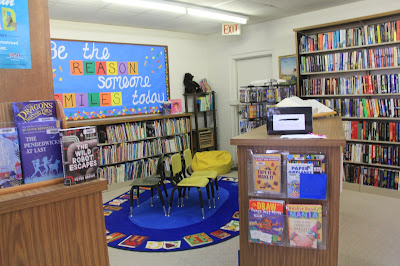