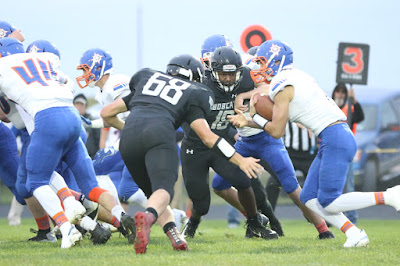 The Bobcats were in Friend, Friday night for the Friend High School Homecoming.

The Osceola/High Plains Stormdogs received first and started plowing downfield and found the end zone but the play was called back for holding on the Stormdogs.  The ball turned over on downs and it was almost all Bobcats after that.

On first down Edwen Baptista slipped through the O/HP defense and off he went for six points.  Baptista took the ball in for two more but it was called back for a blindside block and the replay was stopped short.  Score was 6 to 0 with 7:04 left in the first quarter.

Stormdogs controlled the ball for most of the quarter to fight down the field to put six up on the board with 1:28 left in the first quarter.

Baptista powered through for another 6 and Spencer Pribyl fired the 2 point pass to Max Zeleny bringing the score to 14 to 6 at the start of the second quarter.

OHP thought they would turn the ball around and march down field but the Bobcats were tougher stopping the Stormdogs on 4th and 1 just a few yards from the goal line.  Bobcats took over on downs.

From dangerous territory Baptista made a huge run out but it was called back for holding.  Then Pribyl's pass into Stormdog territory was intercepted by the Stormdogs but it was not to be as they lost the ball as they were called for targeting. Half time score stayed at 20-6

The Bobcats received the ball to start the second half and Baptista again wrestled his way down the field over a few plays and found the end zone.  Pribyl shot the ball to Zeleny for the extra two bringing the score to 28 - 6 with 9:48 left in the third quarter.

The Stormdogs were on the receiving end of a few tough penalities calls including a holding call the Bobcats declined and a personal foul call that benefited the Bobcats on third down.

It was back to the end zone for the Bobcats with Pribyl keeping the ball for six and then for two.  With 6:32 left in the third the score was 34 to 6.

With about two minutes left in the quarter Trever Zelenka intercepted a OHP pass and brough the ball up to the 15 yard line.  Score was 34 to 6 at the end of the third quarter.

Mitchell Manning was in for 6 to start the fourth quarter and Zeleny caught a Pribyl pass to tack on 2 more. Score was 44 to 6 with a running clock.
With 3:31 left in the game the Bobcats again stopped the Stormdogs and took take over on downs.
As the clock ran down the score went up again.  Casey Jindra found a hole and was untouched down the field.  He tacked on six bringing the final score 50 to 6. 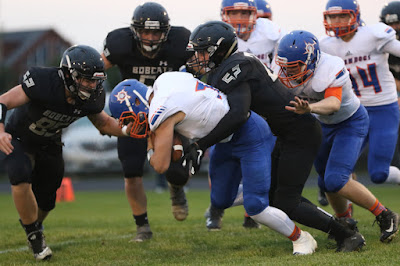 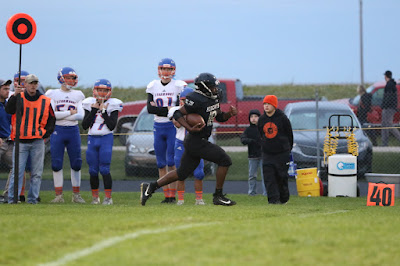 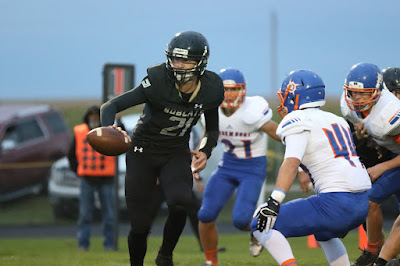 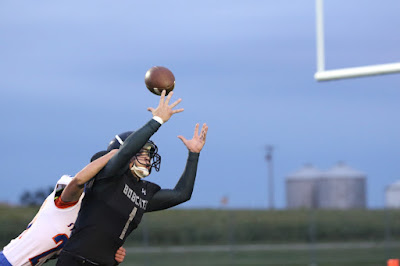 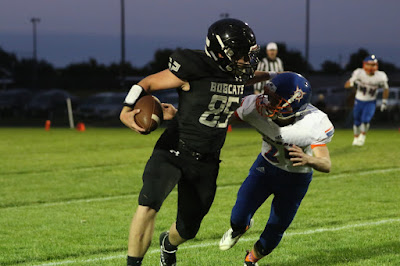 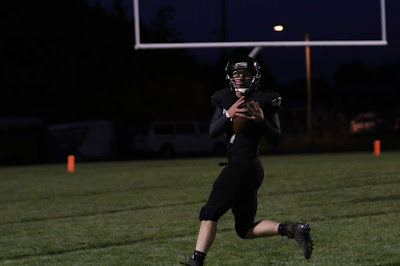 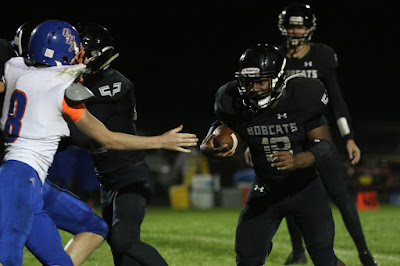 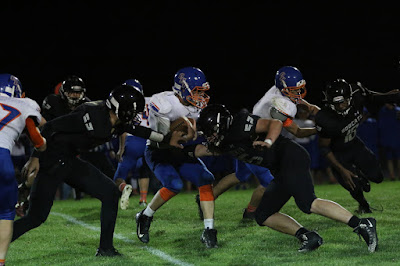 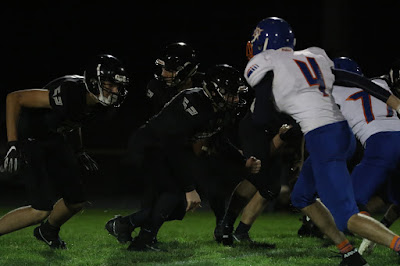 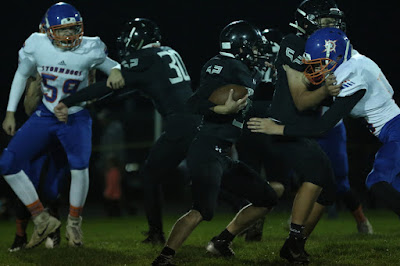