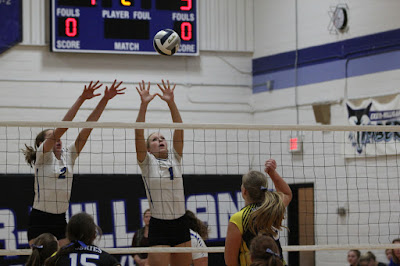 Kate Jansky, left, and KK White, go up for the block against Shelby-Rising City. 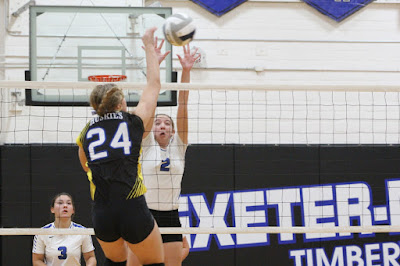 Kate gets a block against Shelby-Rising City. 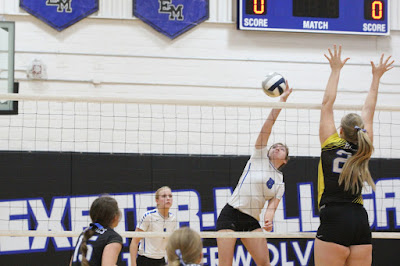 Hannah Beethe drills a ball over the net at Shelby-Rising City during the Exeter-Milligan senior’s last home match. 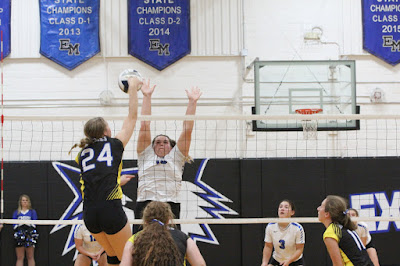 Tara Mueller goes up for a block at the net against Shelby-Rising City during the Exeter- Milligan senior’s last home match. 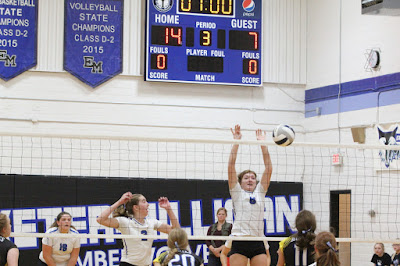 Hannah Beethe is happy to send the volleyball right back to the Shelby-Rising City side. 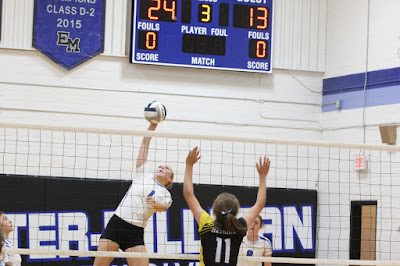 KK White lets one fly on Shelby-Rising City during the Tuesday night match-up.

The Timberwolves held their final home match of the season in Exeter on Tuesday night.  The Timberwolves beat the Huskies to make it to the finals match of CRC tournament play last week and had no problem defeating S-RC in three straight sets.  25-18, 25-15 and 25-16.  Sub-district play begins next week.
Posted by Leesa Bartu at 12:11 PM