Exeter-Milligan Falls in First Round of Football Playoffs 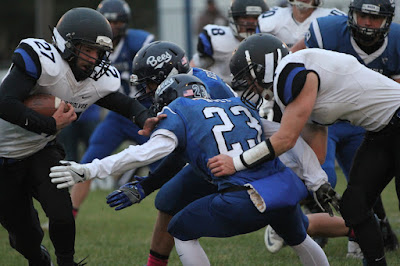 Exeter-Milligan battled a tough top seed during Thursday night’s playoff matchup in Bloomfield.  The Bees swarmed all over the field keeping the Timberwolves offensive to a minimum.  Joey Bartu, #27 struggles to find any wiggle room around the attack of #23 Trenton Holz and #19 Braden Eisenhauer with Timberwolf Colton Bossaller in the fray.  The Timberwolves lone score came from a beautiful Spencer Pribyl right into the capable hands of Trever Zelenka in the end zone during the fourth quarter. 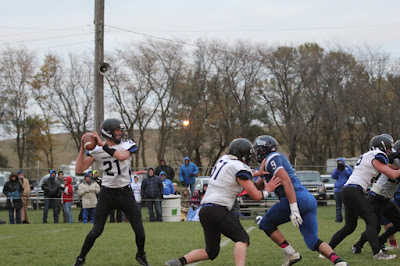 #21 Spencer Pribyl has a little room to look and throw with #51 Johnny Babula holding the swarm of Bees at bay.  Pribyl had to fight the 25 mph wind plus gusts and connected with Trever Zelenka in the end zone in the fourth quarter. 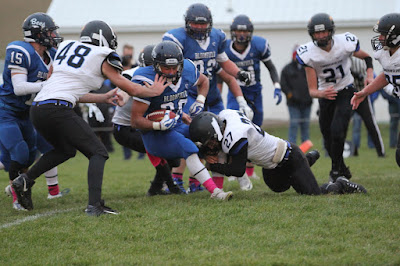 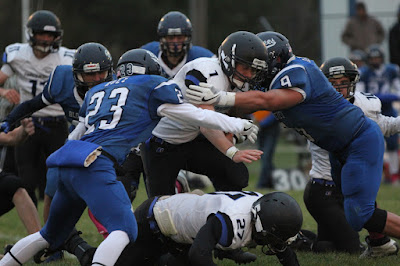 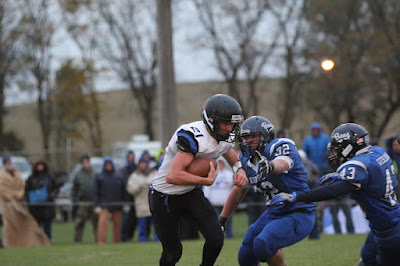 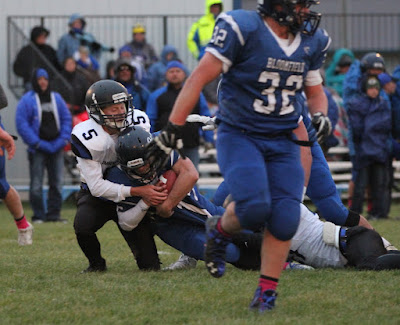 Trever Zelenka hangs on to tackle a Bloomfield running back. 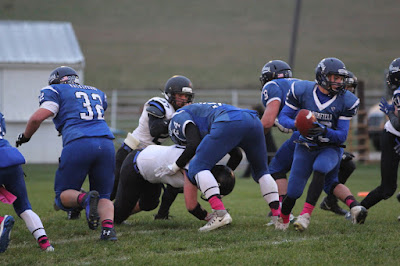 Above and below:  For most of the first half Exeter-Milligan's #51 Johnny Babula blocked Bloomfield's #54 Jared Hornback until Hornback was ejected from the game for a block in the back and unsportsmanlike conduct. 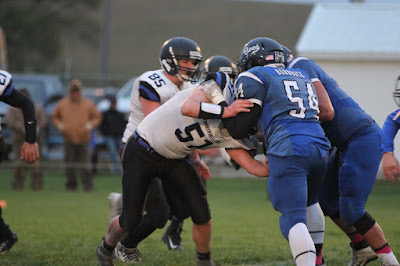 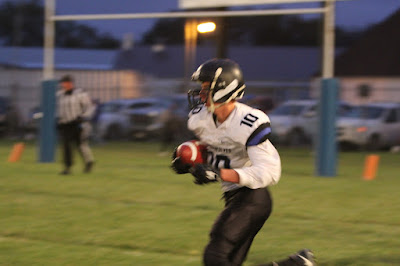 Seth Maxson grabs and interception and carries it back for a few yards. 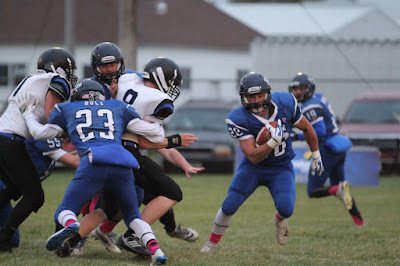 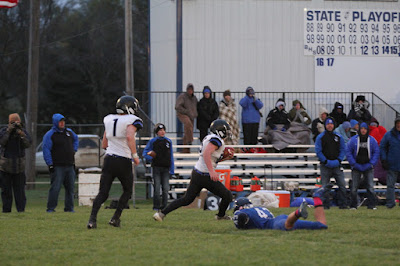 Max Zeleny returns the punt for a good starting position. 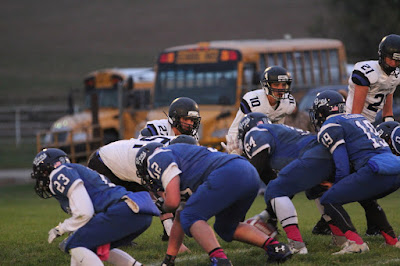 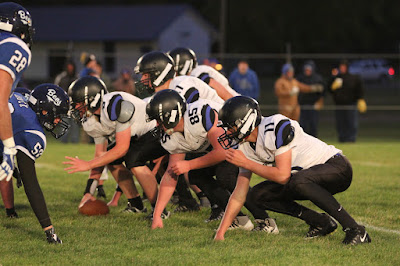