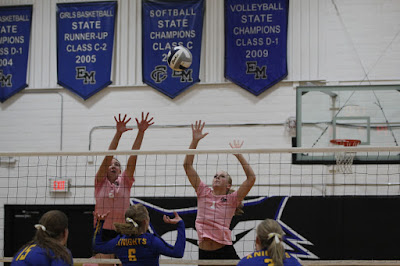 Above – Kate Jansky and Katherine White pair up to block at the net against Nebraska Lutheran. 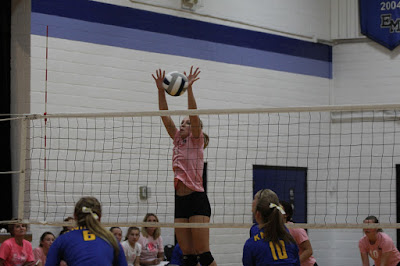 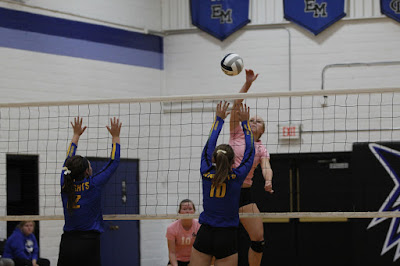 Above - Katherine White sends a kill to the Nebraska Lutheran court during Tuesday night’s win in Exeter.
Below - Kate Jansky sends the ball back over to the Knights. 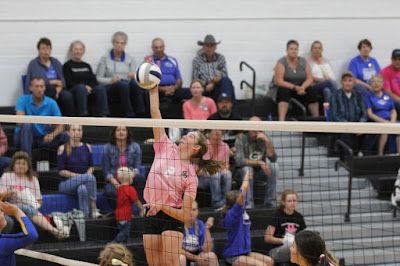 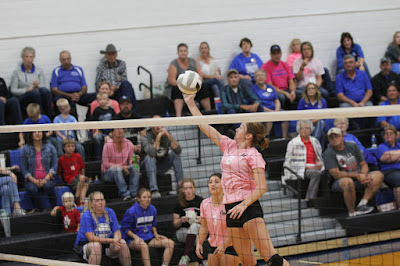 Above – Hannah Beethe flys up to smack the ball back to Nebraska Lutheran.
Below - Tara Mueller gives the ball a decisive smack. 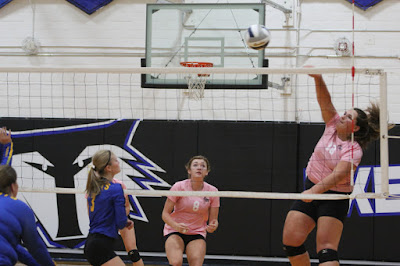 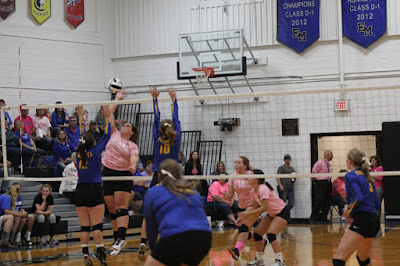 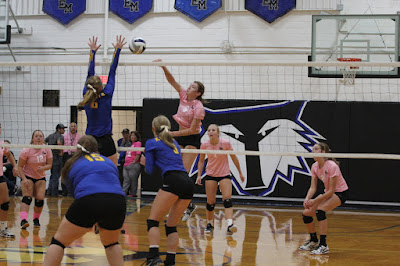 Below - Katherine White sends a kill to the Nebraska Lutheran court with Tara Mueller (middle) and Hannah Beethe . 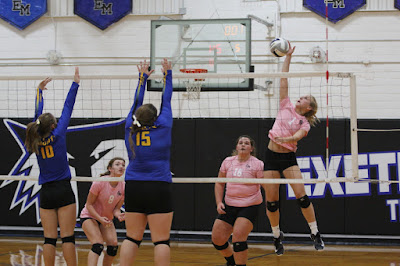