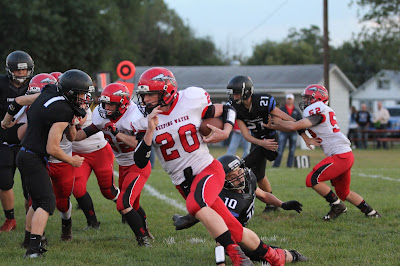 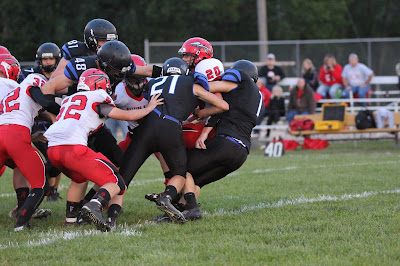 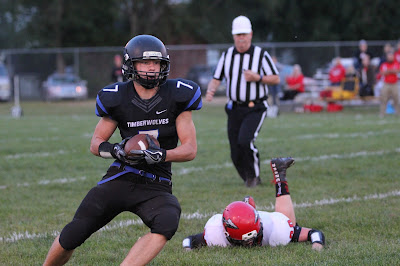 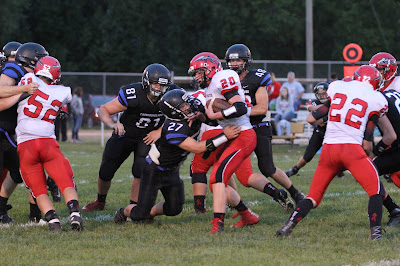 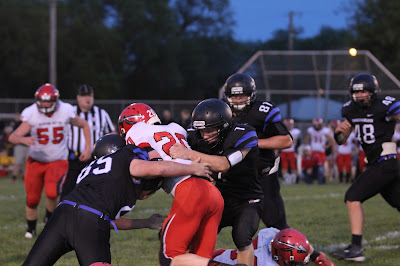 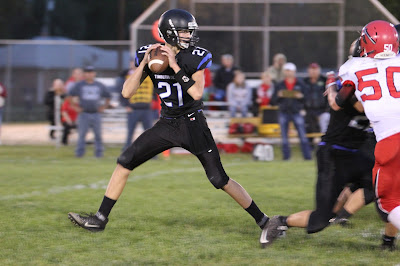 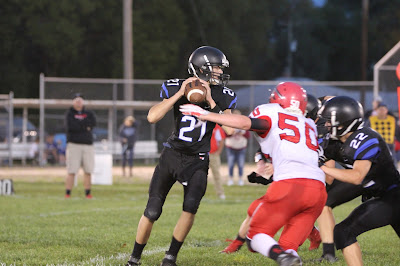 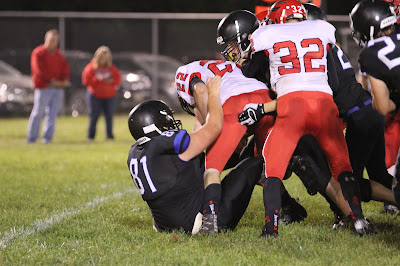 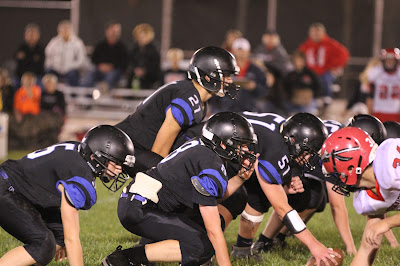 Exeter-Milligan was home Friday night under the lights in Milligan and wasted no time letting the Weeping Water Indians they were in charge of the scoreboard.
Trevor Luzum was in the end zone for his first six points with 9:32 left in the first quarter.  Luzum was back in the end zone with 5:52 left.  Spencer Pribyl kept the ball to give the T-wolves two more with the score at 14-0.
The Indians were not making progress and punted on fourth down right into the hands of Luzum who dodged the crowd and found the end zone making the score 20-0 with 4:14 left in the first quarter.
The second quarter opened with a bang as well.  Pribyl hit Colton Bossaller who headed straight into the end zone.  T-wolves couldn't convert for another two points but punted to the Indians.  With 6:04 left in the half Luzum picked off an Indian pass and ran it to the Exeter-Milligan 23 yard line.  Mitchell Manning punched the ball in at 4:16 with Trever Zelenka adding the two points with a score of 34-0 which is where the score stood at halftime.
In the third quarter Manning found the end zone again with 8:29 left and Zelenka caught another Pribyl pass for the two point conversion bringing the score to 42-0.  The Twolves found their way back to their end zone with Pribyl carrying in for another six with 1:08 left in the quarter.  Max Zeleny carried in for the two points bringing the score to 50-0.
The only points scored in the fourth quarter were by Weeping Water with the younger Timberwolves players fielding the ball.  With 9:45 left in the quarter (with a running clock) #22 Jake Patton got loose and put six points up on the board for the Indians.
Final score 50-6.  The Timberwolves travel to Lincoln next week to meet Parkview Christian at 4 p.m.