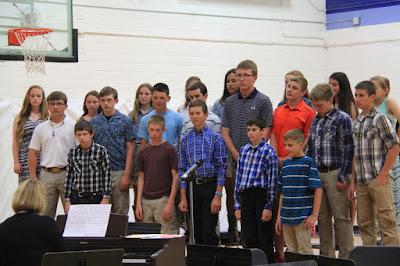 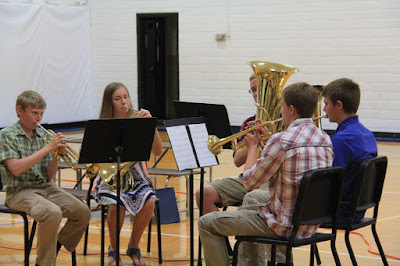 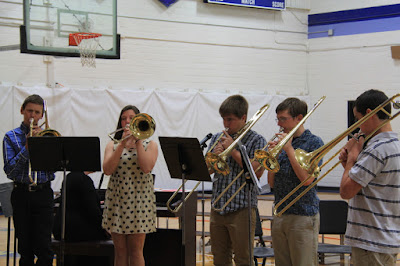 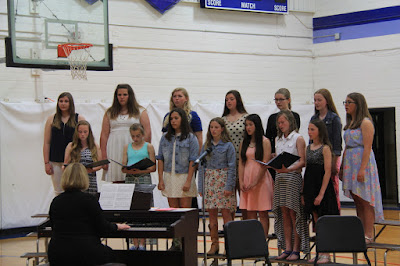 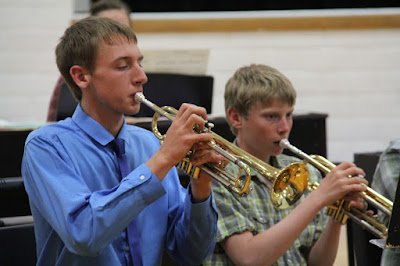 Exeter-Milligan Junior and Senior High Choir and Band treated their audience to a pre-contest concert on Monday, April 18th.

The students were well prepared for their District music contest on Thursday and it was evident during their evening performance.

The Junior High Choir opened the concert with “Cantar,!”  “A Distant Shore,” and the eighties hit “Don’t Stop Believin.’”

After the choir performed the audience was enjoyed “March Minature,” by the clarinet choir, “Fair and Warmer,” by the saxophone ensemble and “Canon” by the brass quintet.

The small group performances finished with “The Longhorns,” performed by the trombone choir.
A vocal treat was in store for the audience with the double duet of Ashley Benorden, Alexis Uldrich, Katie Skinner and Haylee Sheffield  singing “The Clouds.”

The quartet was joined by the seventh through twelfth grade chorus to sing “Can’t Help Falling in Love,” and “Festival Sanctus.”  Nancy Jo Galusha accompanied the group for “Festival Sanctus.”
The percussion ensemble did a fantastic recital of “Blue Samba.”

Before performing the contest pieces, the junior/senior high band played “Hey Jude,” which featured Janey Due on piano.  The two contest numbers the band performed were “Children of the Shrine,” and “Nathan Hale Trilogy.”

Before the concert the band and choir students enjoyed a pizza party hosted by the Exeter-Milligan Booster Club.