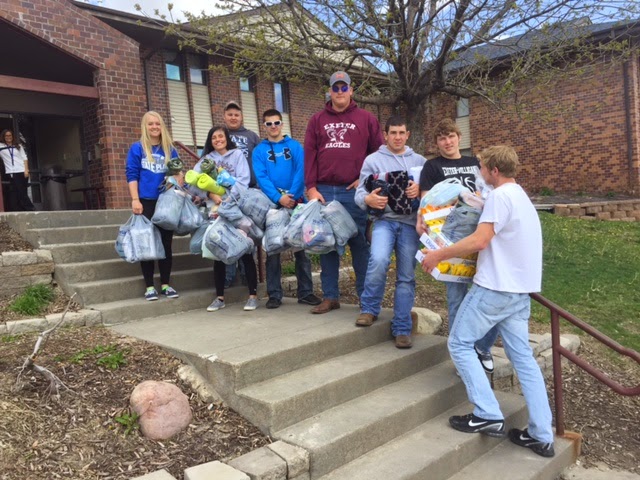 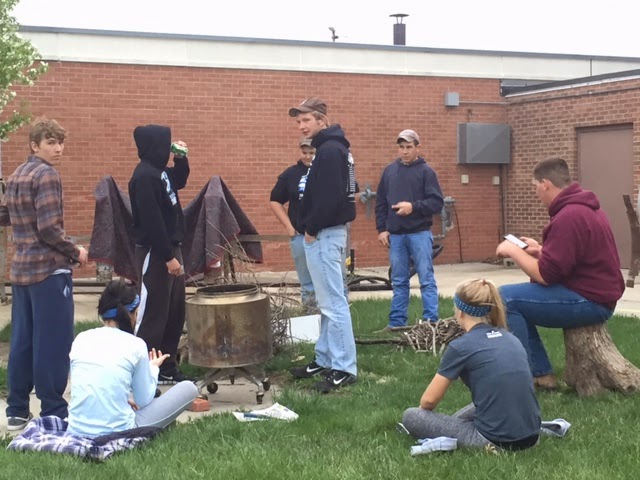 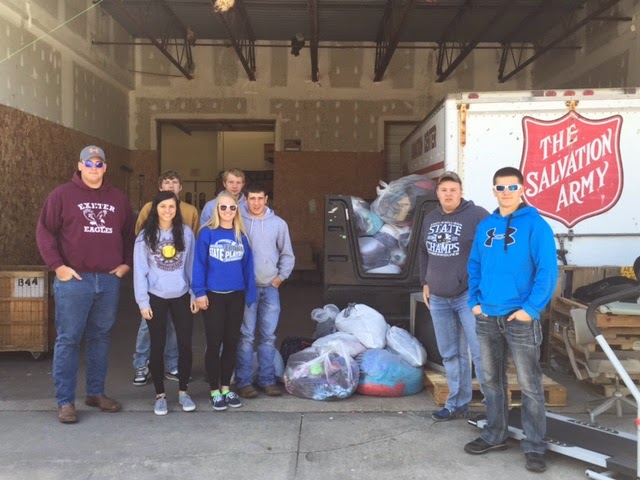 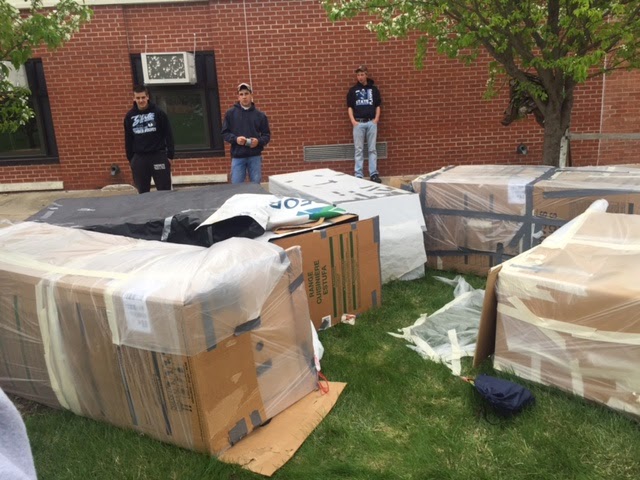 Exeter-Milligan Schools' Adult Living class, taught by Mary Lou Vossler,  had the opportunity to learn about the less fortunate through researching the statistics within the state of Nebraska and nation wide, viewing current news videos and articles, creating poetry, informational posters, viewing 30 Days living on minimum wage, and numerous learning experiences.  Each student created their own persona for the reasons they came into a situation where they were less fortunate.  They than created a list of what they would take with them if they only had 30 minutes to evacuate their homes and than had to narrow that down to what they would take if their next home was a cardboard box.  This became reality as the students spent the night outside in their designed cardboard homes.  A soup supper was held for supper, but the students had to bring their own dishes (tin cans) and they had a cup of soup outdoors.  Each student was than involved in gathering wood for the evening fire and securing their areas.  Later in the evening the group of students went on a walk around town, which ended with a discussion of the less fortunate at the Exeter City Park.  Students returned to their "community" to share stories over a bonfire and enjoyed Smores and later a hot dog over the open flames.  Everyone was secured into their homes later in the evening and spent the night in their "homes".
The students than completed this project by using their funds that they gathered doing fundraising by selling spicy pretzels, snacks and beverages they were able to buy over $450 worth of diapers, wipes, clothing, socks, personal hygiene items, and t-shirts.  These items were donated to People's City Mission, Lincoln, NE.  The kids also were able to donate 23 garbage bags of slightly used clothing and shoes to the Salvation Army in Lincoln, NE.
Those involved in this homeless simulation and community service project were:
Brody Kresak, A.J. Underwood, Dusty Axline, Derek Luzum, Jarett Maxson, Broc Mueller, Madison Horne and Marissa Howard.