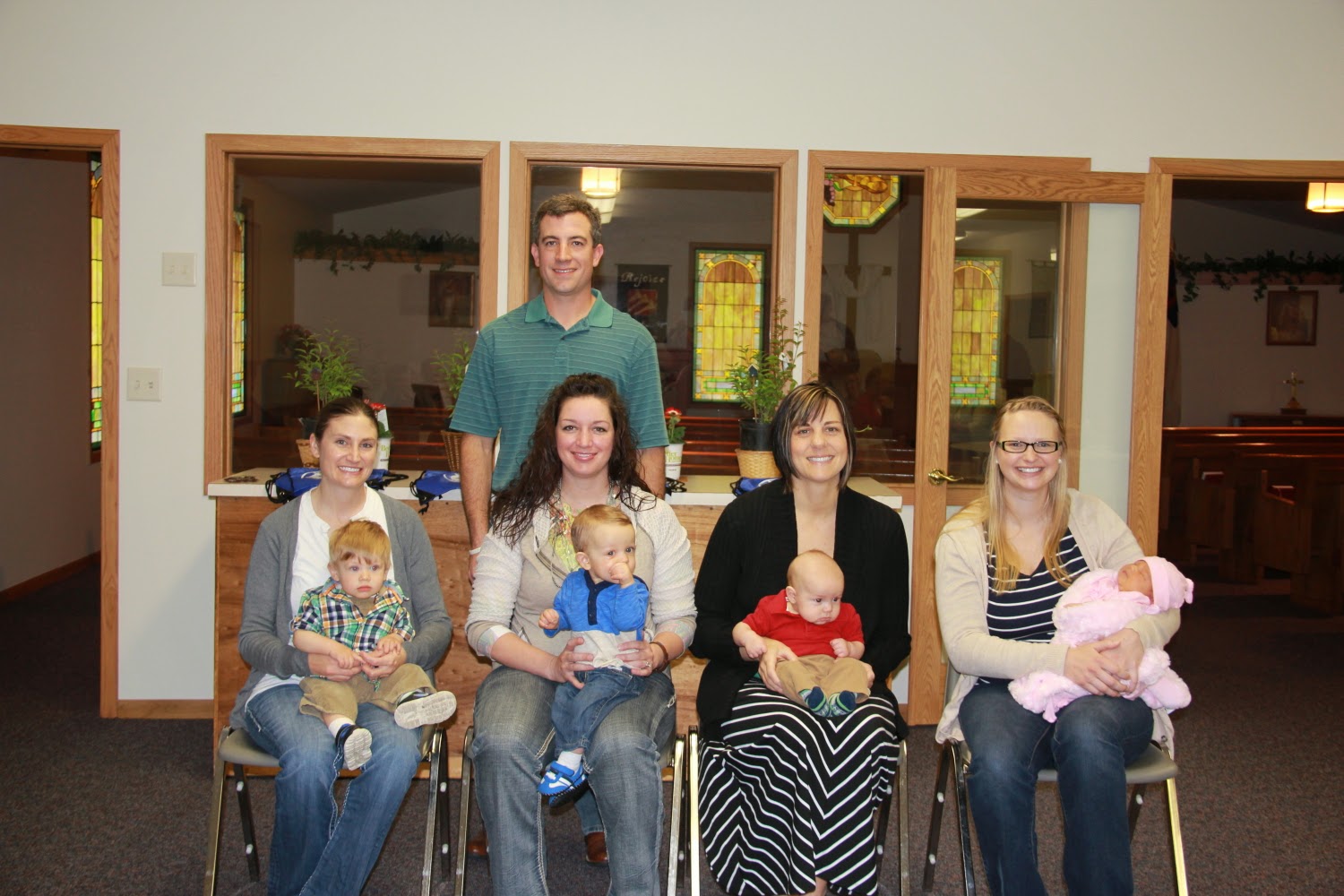 The Woman’s club honored the new babies in Exeter at a celebration on Friday, April 24th.  The babies are pictured with their parents.  From the left are Mary Schlegelmilch holding son Easton, J. J Becker holding son Knox with her husband Zach behind her, Kendra Oldehoeft with her son Kyler and Kayti Sudrla and her daughter  Kenleigh.

Three hundred and fifteen babies have been celebrated at the annual G.F.W.C. Woman’s Club “A Tree For Each New Baby” celebration in the last thirty years.

When the program began in 1985 they welcomed 19 babies into the community, including a set of twins.  That first year they planted a tree in the community for each new baby.  Marilyn Manning, who passed away earlier this year was instrumental in beginning the program and just last year gave up her role as the head of the committee.

Before reading the official Arbor Day proclamation Michl thanked the Woman’s club, “I would like to thank the Woman’s Club for being here today, especially for this baby recognition they have done for 30 years.  Not only to thank them for this today but for their other work in this community.”

After the mayor spoke, Woman’s Club member Kathy Due shared some thoughts on the importance of Arbor Day.  She noted that J. Sterling Morgan, the co-founder of Arbor Day, noted that “most holidays reflect on the past but Arbor Day proposes for the future.”

Another committee member and woman’s club member Karen Chapman gave the history of the Arbor Day baby celebration in Exeter.  She noted that in 1990 they welcomed the most babies, 23 that year.
Chapman explained, “This is the last year for the project. Another project will start in the community to replace it.  We want to thank everyone who has been involved in it.”

The main reason given for discontinuing the program was the difficulty with the school district boundaries.
Exeter-Milligan Secondary Principal Lin Schlueter brought each of the babies a Timberwolf backpack and thanked the Woman’s club for the event as he welcomed the new babies on behalf the district.  He noted that the babies will have the opportunity to attend preschool in the new addition at Exeter-Miligan.

Jill Schmidt from Fillmore County Good Beginnings gave a brief presentation on the We Have A Little Emergency (W.H.A.L.E.) program which helps place identification on car seats.  She presented each family with the stickers to place on their child’s car seat.

Committee Member Sharon Mueller presented each child with a quilt that was handmade by community member Sandra Horne.  Chapman and Due also presented each family with a packet including a book, a copy of the proclamation the mayor gave along with a history of Arbor Day and a lilac bush and a flowering plant for the families.

At the end of the program  it was noted that one of the honored babies the first year, Nick Sudrla, was now a parent in the final year, the 30th year.  The Woman’s Club members planted a tree in the park with  a jar containing the names of the babies placed in the hole with the tree.

Below - Exeter G.F.W.C. Woman’s Club member Sharon Mueller presents a quilt made by Sandra Horne to J.J. and Zach Becker. 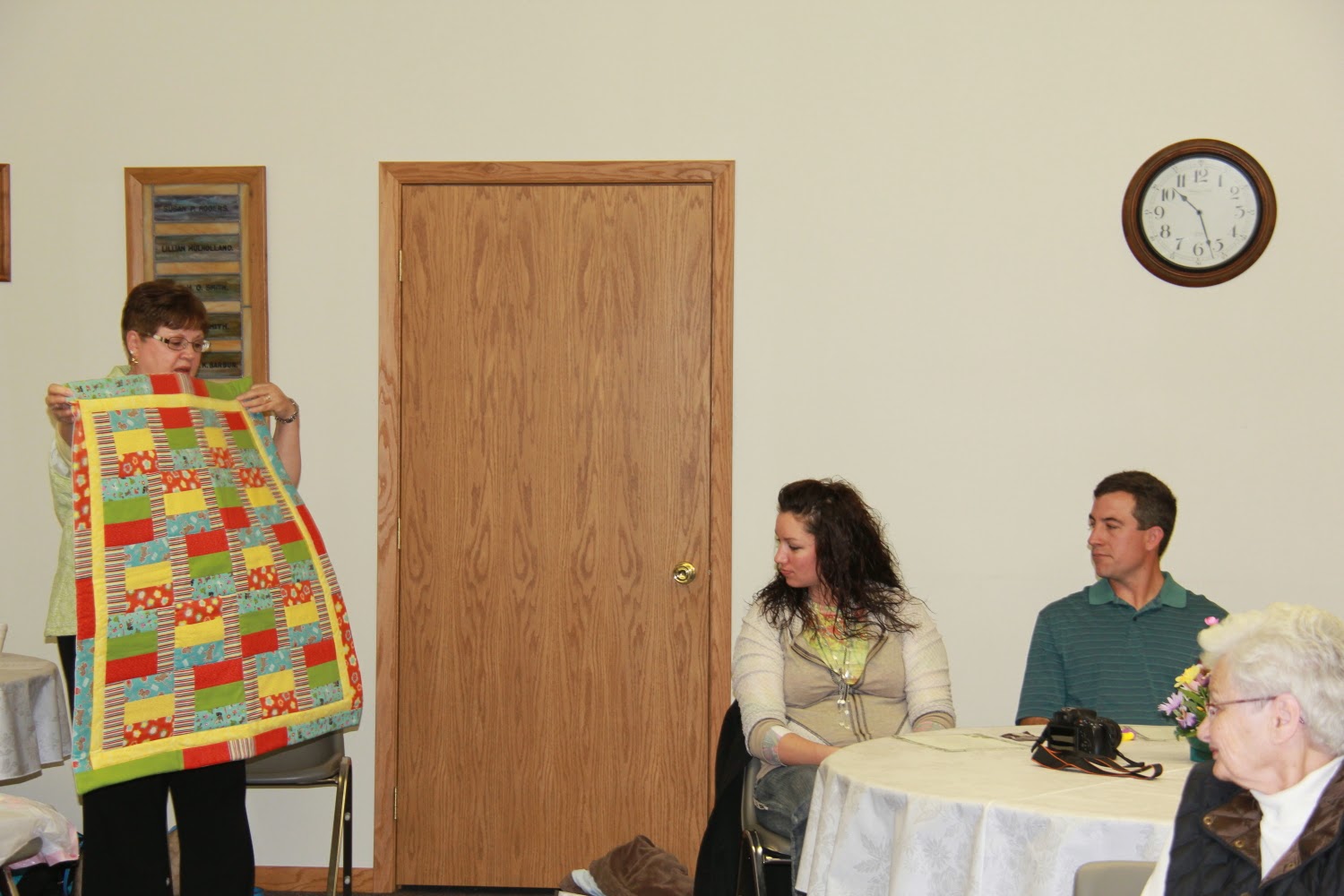 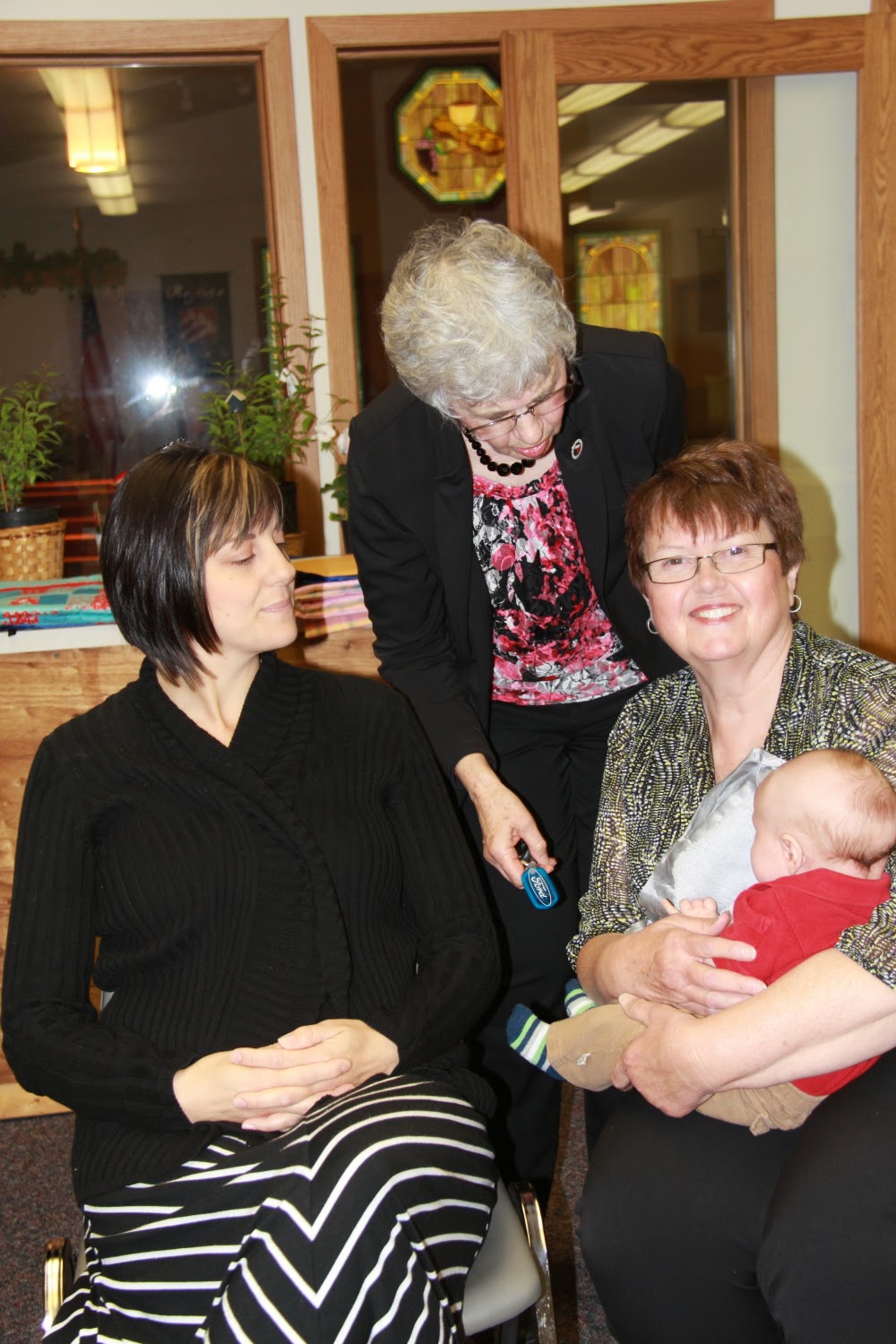