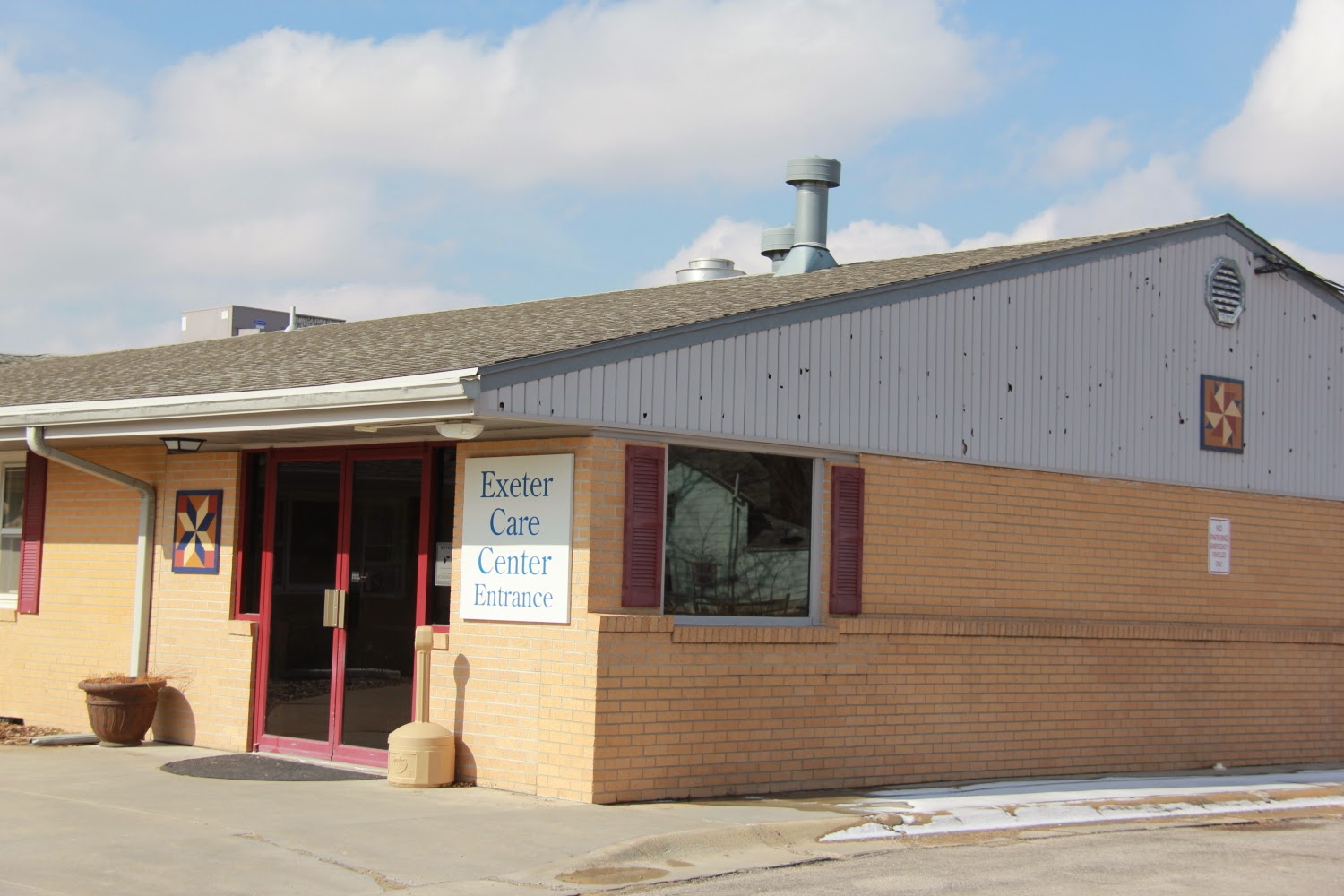 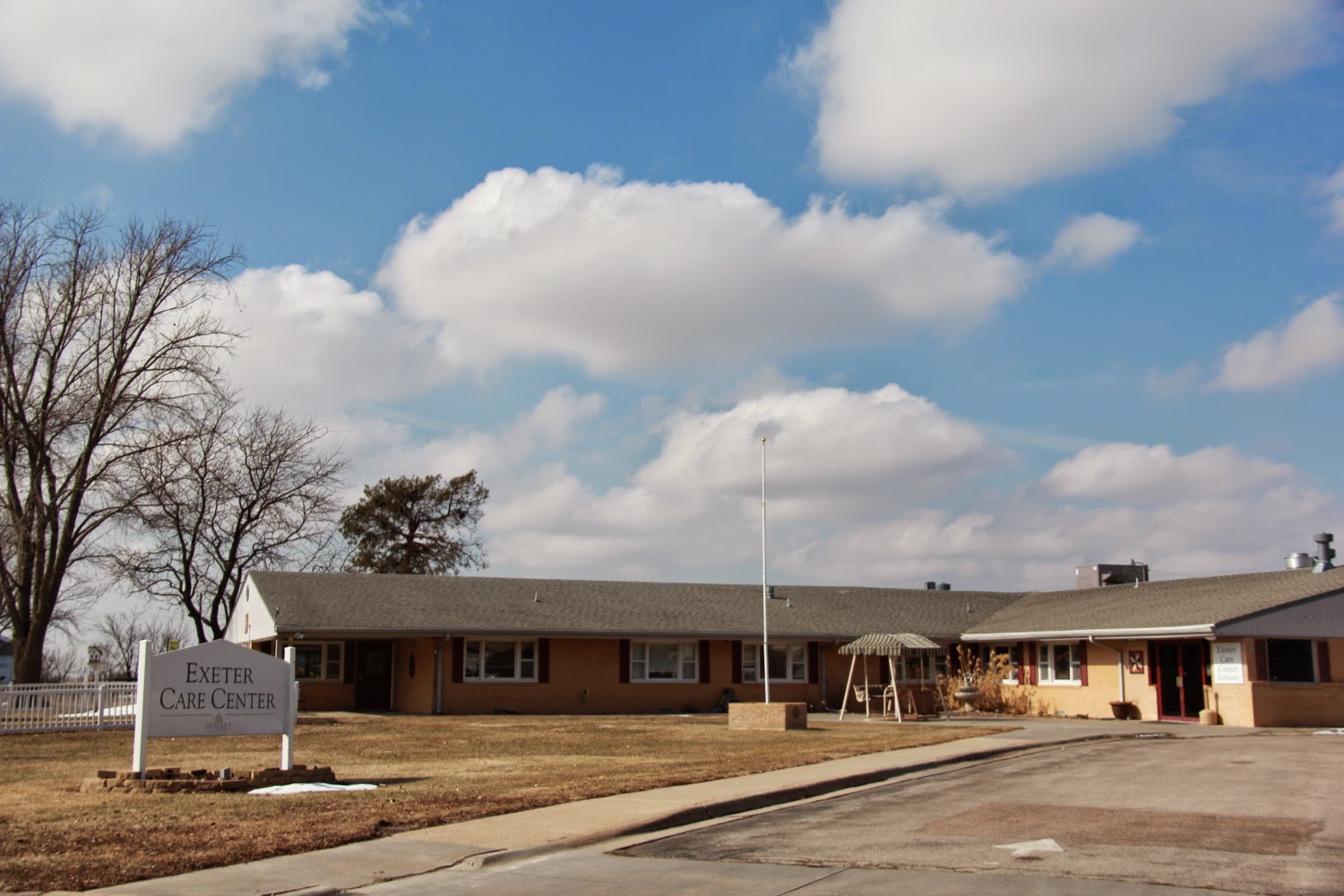 Residents and staff were not too surprised when Deseret Health Care, the owners of Exeter Care Center announced that the facility would be closing March 24th.

Deseret corporate officials were on hand Wednesday, Feb 25 but declined to comment on the situation and promised a press release that would be issued.  As of press time, no release was offered.  Officials noted that the declining population and location attributed to the closing of the facility, but residents were keen to cite other issues.

Residents noticed that repairs were not made, especially after the June 3 hail storm in Exeter which destroyed the air conditioning unit, broke windows and damaged the roof.  Water problems have been continuous throughout the center with one spell were residents were left without hot water for an extended number of days.

Activities and Social Director Lori Bossaller was told about the closing Feb 19 and it was announced to the rest of the staff on Monday, Feb 23.  “I suspected a few months ago that this would be happening.  We have been working hard to relocate our residents locally and have found places for everyone.  Employees have been given the option of new jobs in the Deseret facilities in Edgar or Ainsworth.  If the families do not have a preference as to where the residents go they will be relocated to Edgar.”

Reta Mae Coffey who has lived at the home for 10 years was disappointed, “I was in hopes that the Lord would take me before I had to move.  I’m disappointed in the company.  All the promises they made went down the drain.  Don’t know what they did with all the insurance money from the storm this summer.”

Her daughter Jeanette Franzen who recently retired from working at the care center was very upset, “This was the right place for her.  My mom’s life was set here, now she has to move.  My Grandma was one of the first to live here when it was built.  I worked here; all three of my girls have worked here.  There were so many false promises given, new windows . . . this summer instead of fixing the air conditioning after the storm they put in window units.”

“This company has been all about taking, not giving.  I didn’t have a raise in the four years I worked here or any other incentives.  They don’t know how many people they are hurting and they don’t care. I requested a meeting with corporate representatives several times but was always told to talk to the administrator.”

The facility has a capacity of 48 residents with the possibility of employing at least 50.  Exeter resident Evelyn Michl recalled her days at the care center in the early 1990’s, “It was all hometown employees.  Everybody who worked there was from Exeter.”

With the declining numbers of residents, employees’ hours have been cut drastically.  One nurse, who declined to be identified, noted that once hours were cut, employees had to leave to find full time positions to support their families.  She also noted that in many cases, hours were cut, but the duties of employees were not altered making their workload impossible to complete in the hours assigned.

Erma Adamson who has volunteered and worked at the center for 25 years noted, “It is heartbreaking.  I feel very sad because it is such an excellent facility.”

According to the Exeter history book, “This is Exeter,” the center, initially named Memory Manor, (owned and built by Bethesda) opened in 1965 primarily because the Exeter community donated a large portion of the funds to start the project.  The facility has had several owners throughout the years including Community Care Center of America who purchased it in 1994 and sold it to Integrated Health Service in Sept  1997 before 5 Star Quality Care bought the home in July 2005.

Also housed in the Exeter Care Center building was the Exeter Medical Clinic which was a branch office of the York Medical clinic which opened in 1992 but closed last fall amid rumors that another local facility would be opening a clinic in the space.  The clinic has not reopened and plans have not been announced for the office reopening.

Deseret Corporate employees made it clear that the facility has been for sale for two months.  Online it is listed for sale at a price of $1,223,951 along with their Ainsworth facility.

Exeter Chairman of the Village Board Alan Michl shared his feelings on the closing, “I’m hoping that someone will come forward to purchase the facility.  It’s been a long standing part of our community.  The economic impact will be hard to tell right now.”
As of press date only 10 residents remain in the home and those plan to relocate soon.