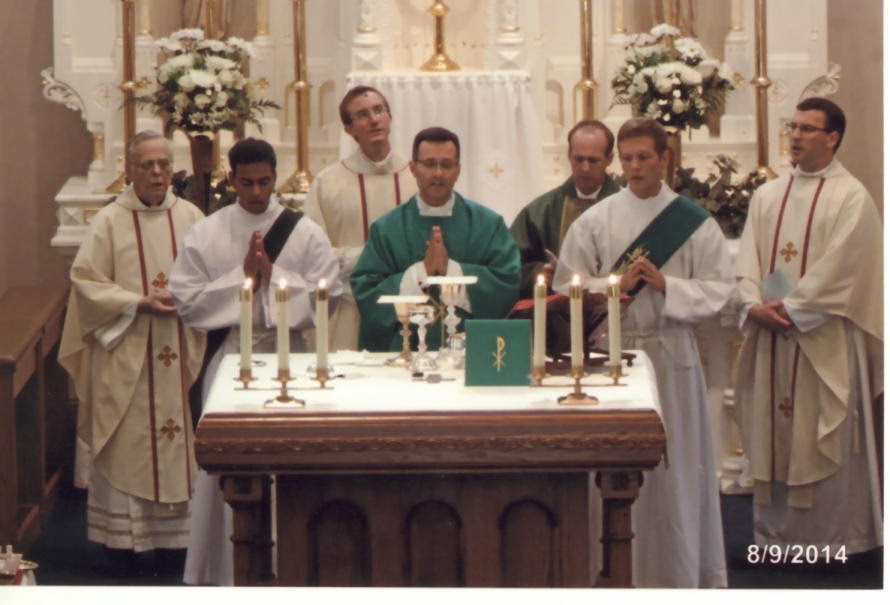 Installation of Father Steve Thomlison as the pastor for St. Stephen Church, Exeter, and St. Wenceslaus Church, Milligan, was held on August 9, 2014, in Exeter.  Msgr Mark Huber, Dean of the Crete Deanery conducted the installation.  Assisting Msgr. Huber were Father Tom Maloney, Father Ben Holden, Father Kenneth Wehrs, Deacon Ryan Kaup, and Deacon Gerald Ferreira.  Acolyte was seminarian, Mark Ruhl, with John and Stephen Ruhl serving.  Father Thomlison’s family was able to attend and his sister, Stacy was the cantor.  Representatives from the Army National Guard and the Nebraska State Patrol were in attendance as Father Thomlison is the chaplain for both.  Guests and parishioners enjoyed a coop dinner at St. Stephen Parish Hall after the installation.