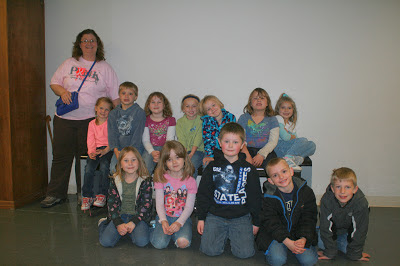 –Exeter-Milligan Kindergarten, First and Second graders enjoyed their field trip to Hastings Museum on Thursday, May 2nd.  They started the day by watching an IMAX movie about Lewis and Clark.  After eating lunch they explored the museum until it was their turn to see a show in the planetarium.  They had time after the planetarium to see more of the museum before heading back to Exeter. The kindergarten class is pictured during a break from sightseeing.
Posted by Leesa Bartu at 7:30 AM