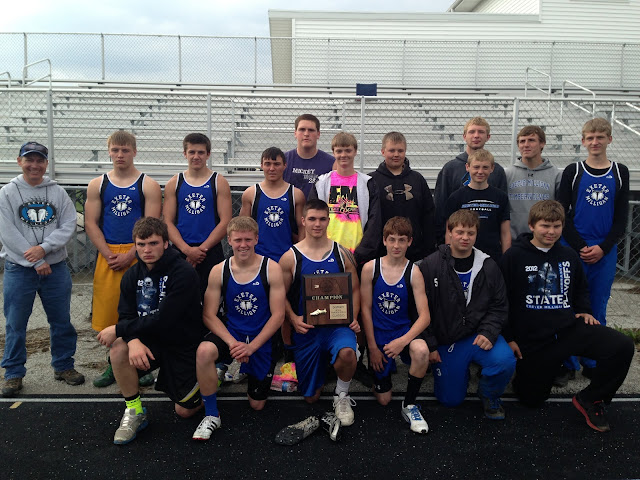 The Exeter-Milligan boys track and field team captured the first district team title since the schools consolidated.  The team scored points in 15 of the 17 events.  Eleven of the sixteen boys scored points, so it was a total team effort.

Head Coach Brian Murphy had prepped for the win, "We had been talking at practice that we had a good shot at winning the district and the guys came in prepared to fight for every point and they preformed well.  I knew that we would be in the hunt for the boys title along with four other teams.  Two CRC giants, Giltner and McCool were not in the district, so over 230 points from the CRC meet were left to go out and get for the schools in our district."


Here are the top five team results.  It was a very close team race.