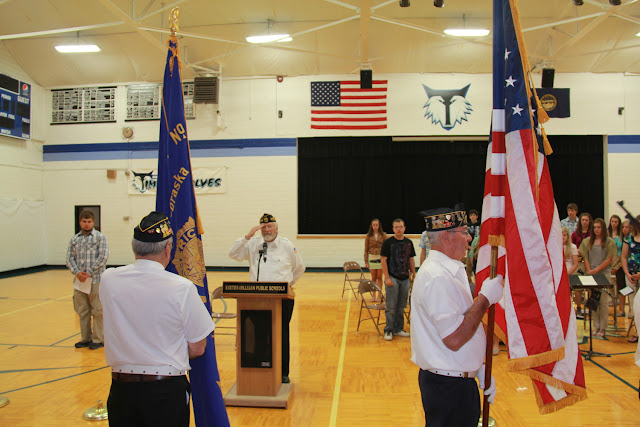 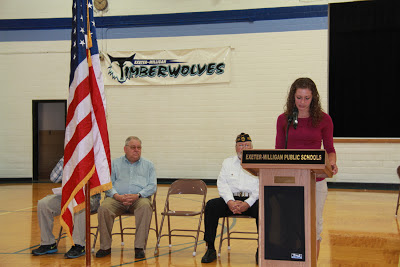 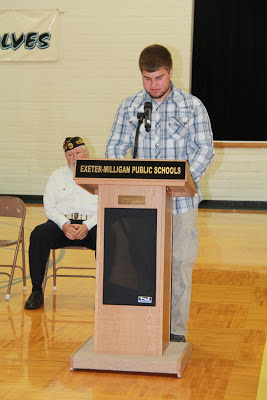 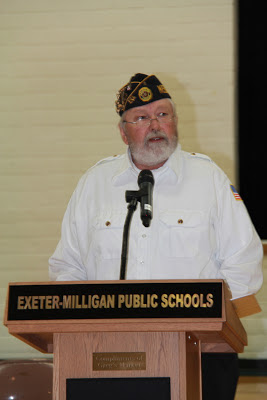 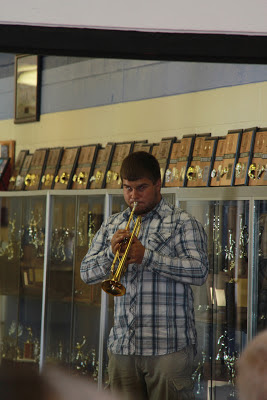 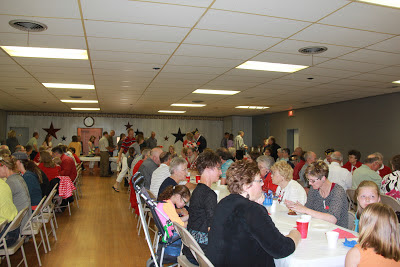 Lots of people enjoyed rolls and coffee at the Legion after the program. 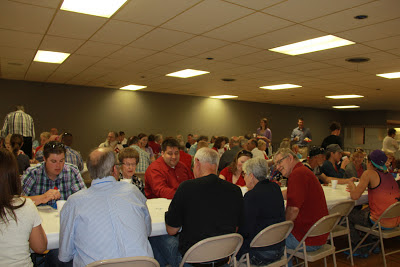 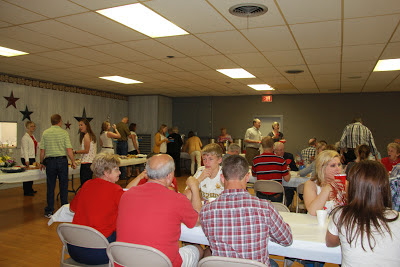 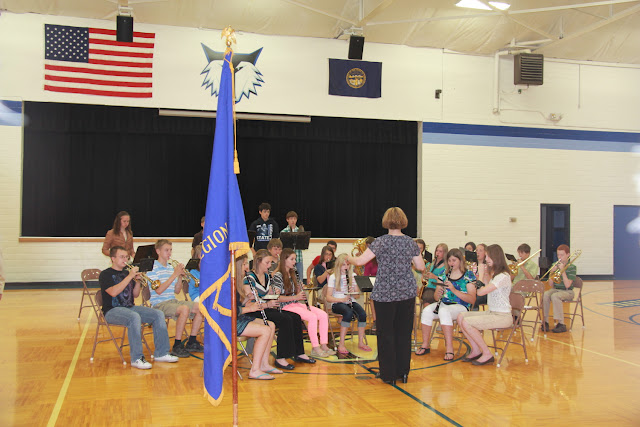 Rainy weather delayed the volunteers in putting up the flags at the Exeter cemetery and eventually a Monday morning rainshower sent Exeter residents to the Exeter-Milligan gym for their Memorial Day Program.

After the flags were presented, the Exeter-Milligan band played the “Star Spangled Banner.”

Blake Papik was introduced and read “In Flander’s Field.”

Fortunately Exeter has an excellent speaker, Tim Wilbeck, who gave an inspirational message for the large crowd.

Wilbeck began his speech recognizing that “scripture tells us there is no greater love than for a man to lay down their life for a friend.”

He noted that in America, “we have not just been friends to ourselves but to many countries around the world.”

Wilbeck told the story of a Sgt. Stacey who lost his life during his fourth tour in Afghanistan.  Sgt. Stacey wrote in a letter before leaving home, “my death did not change the world. . .a child will get to live because he was protected, he will get to go to school. . .he will have the gift of freedom.”

Wilbeck explained the Sgt. Stacey did not die in vain because he saw the greater good that could come from his service.

“Sacrifice has indeed changed the world,” said Wilbeck, “They say war doesn’t solve anything, I suppose that’s true but it has preserved a union, toppled fascist regimes and given the slaves freedom.”

Wilbeck also told the story of Father Capon, who served during the Korean War.  “He didn’t carry a gun but had the most powerful weapon of all, love for his brother.”

Wilbeck encouraged the crowd saying, “We owe it to them to live our lives to the fullest.”

The celebration of Memorial Day was made into law in 1967, it had been celebrated since 1865 and was often called decoration day.  Today, Wilbeck lamented, it has become a day of picnics, parties and the worst, Memorial Day sales.  “Once a year is not enough, for those left behind, they remember every day.”

This year holds a special meaning for Wilbeck and other Vietnam Veterans as it is the 50th anniversary of the Vietnam conflict.  “Veterans of all era’s must be cared for and most of all remembered.”

After Wilbeck closed with those words the Legion members departed so that they could shoot the 21 gun salute just outside the gymnasium.  After the shots were fired, Blake Papik played Taps and Taps Echo.

The Legion Auxiliary members invited all attendees to the Legion for rolls and refreshments.  The Exeter-Milligan band traveled to Milligan to play for the afternoon Memorial Day program there.