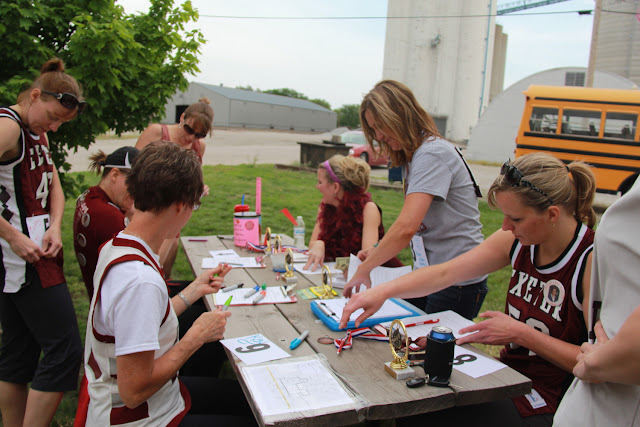 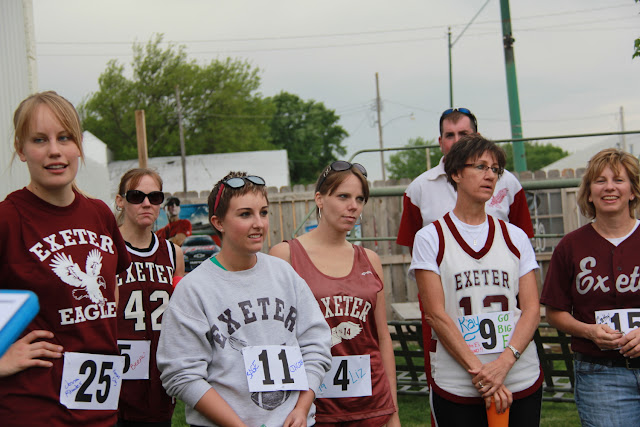 Runners listen to the rules before heading out on the course (I think there's a rooster trying to disguise herself as an Eagle!) 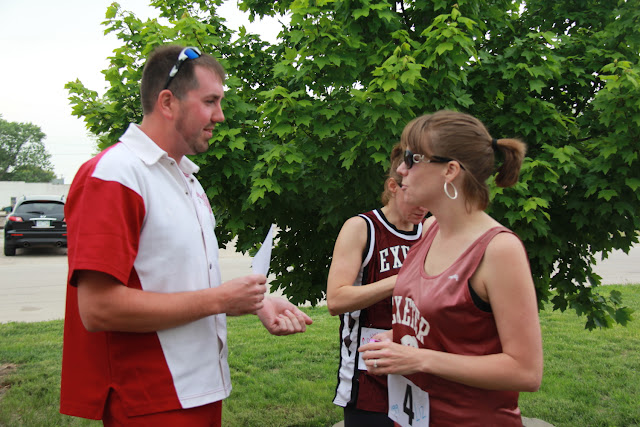 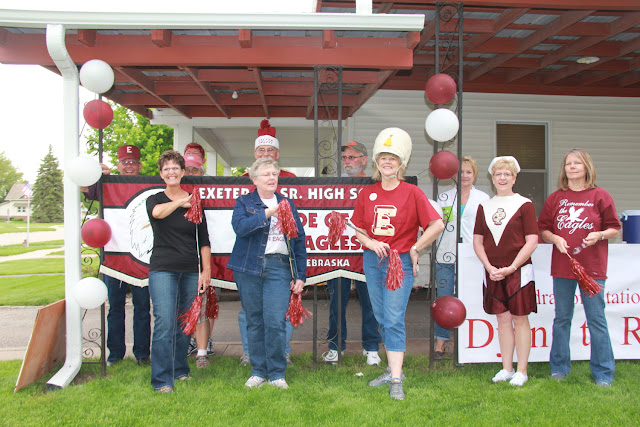 The runners took off a little after 5:30 and headed toward Coach Shafer's house.  The Ekeler sisters got lucky and actually got Coach Shafer to come out for a photo op.

The first hydration station was at Chris and Brenda Manning's house.  From there the runners headed down past the Care Center and stopped on main street at Rhonda Maxson's house where they participated in a game before getting their fuzzy mustaches.

Next stop was with the Neeman sisters, Shellie and Sherri, where they had to get an Angry Birds tattoo and write down their first kiss and their favorite schoolteacher.

Sue Kittinger and Roma Rhodes were waiting at the next stop, Lime in the Coconut.  Where, you guessed it, the runners had to put a lime between their knees and walk to drop it into a coconut.  The final stop was at the Dying to Run Hydration Station sponsored by Bob and Pat Becker and friends.

Here is the rundown of prizes: