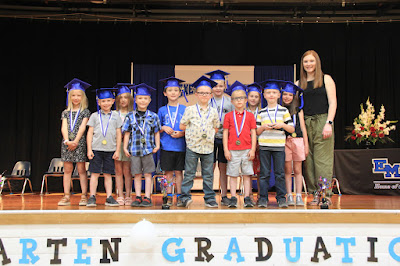 The Exeter-Milligan Kindergarten class graduated in a ceremony held on Friday, Mary 13 in the gym at Exeter.

After marching in to “Pomp and Circumstance,” the class took the stage to perform several numbers including the “Stomping Song,” and “If You’re Happy and You Know It,” before reciting several poems including “Jack Be Nimble.”

Their teacher, Mrs. Amanda Pettygrove, who missed the last few weeks of school due to maternity leave, was in attendance to present their many awards.  Some of the recognitions the students received included the Piccadilly Circus Pizza Reading award, Field Day participation and the 100 club.  There were also awards for penmanship and kindness given.

The students moved their tassles over as they prepare to work toward becoming the class of 2034.  After the class took their pictures with Mrs. Pettygrove, Principal Laura Kroll presented flowers to both Mrs. Pettygrove and her substitute Mrs. Susan Becker. 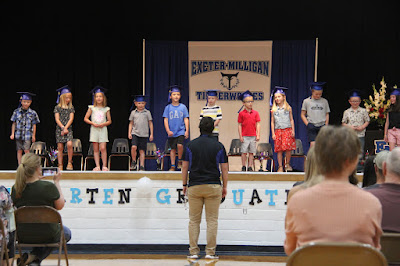 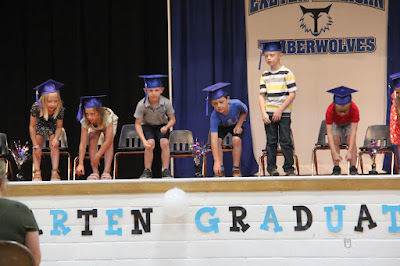 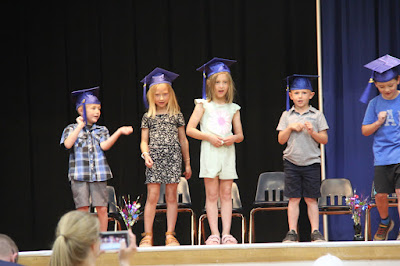 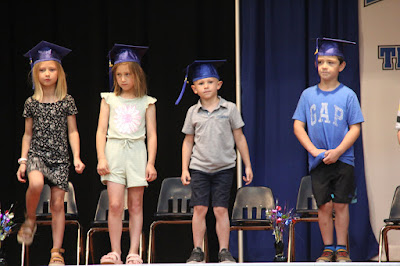 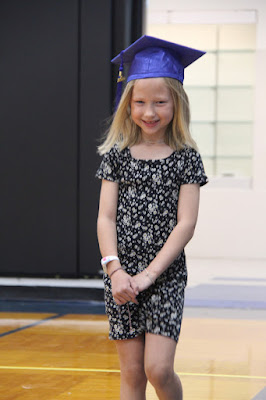 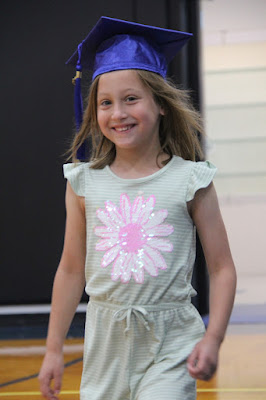 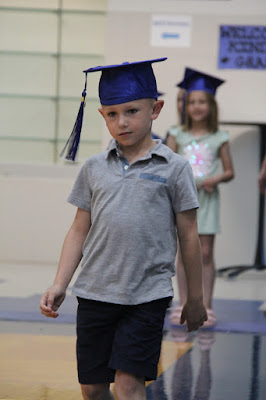 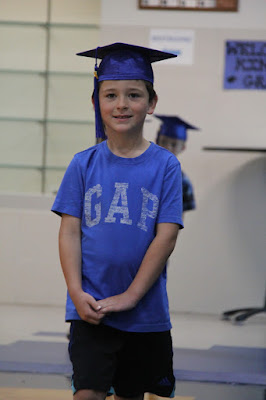 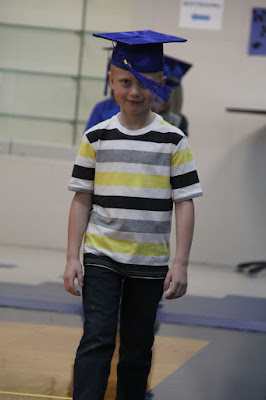 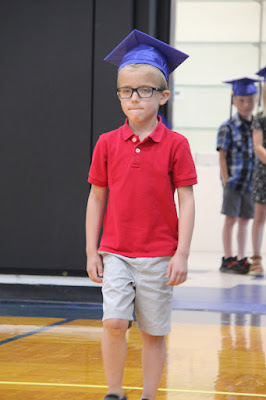 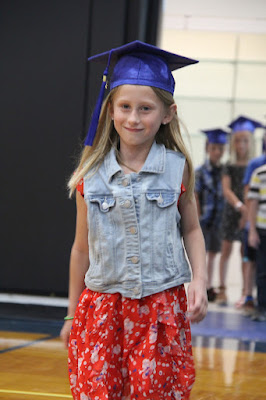 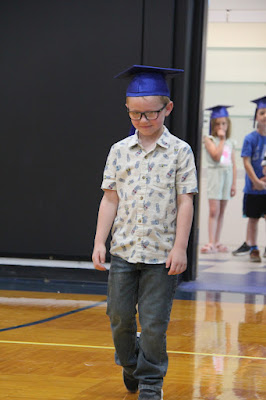 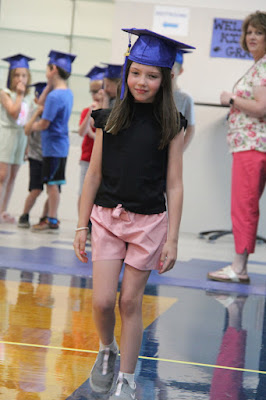