The Exeter-Milligan speech team had a strong showing at the Meridian Speech Meet on Saturday. The day was highlighted by Troy Kallhoff winning the extemporaneous event. He also placed seventh in persuasive. Jozie Kanode and Morgan White performed very well in duet acting, coming home with silver medals for their performance. Additionally, White medaled in serious prose, finishing fifth. Kmila Benitez placed fourth in both the humorous prose and informative events. Kierra Papik finished seventh in humorous impromptu. Papik teamed up with Lily Jeffries in duet acting and placed ninth. The EM speech team will be getting ready for the CRC conference meet, also held at Meridian, on February 23. 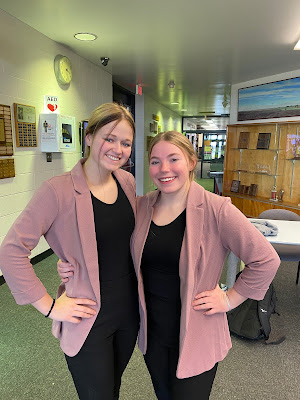 Jozie Kanode and Morgan White after their final performance of the day. 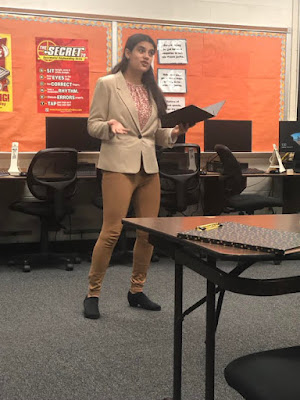 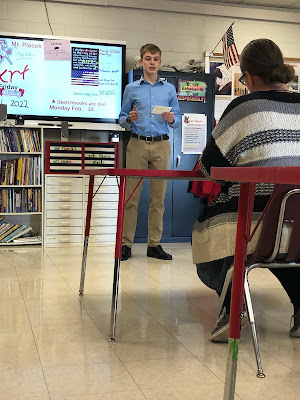 Troy Kallhoff presenting in one of his extemporaneous rounds.